From group chats to getting about, Ellie Swain gives the lowdown on how best to tackle a festival as a group.

It’s a miracle – somehow all your mates (plus a load of their mates) have managed to commit to a single music festival this summer. The group chat is already going off on WhatsApp - it’s going to be madness, in the best way possible.

But with so many people going in one group, is it going to be unorganised chaos? Will everyone manage to pitch in the same spot? Is it going to take forever to do anything?

Undoubtedly, it’s bound to get a bit messy. Yes, you’ll spend time rounding up the troops. Yes, you’ll get separated – a lot. But as you’re sure to know, heading to a music festival with all your best mates will leave you with crazy, wonderful and downright weird memories to cherish.

It’s rare to round everyone together to one place, at one time, and especially at a festival where high spirits soar, and the atmosphere is electric. So, you’ll want to make sure that quality time together is well spent and not wasted when you can’t find your crew in crowds of thousands.

How? Well, you’re going to have to get a bit organised. But don’t worry, we’re here to help - check out our guide on going to a music festival in a group. 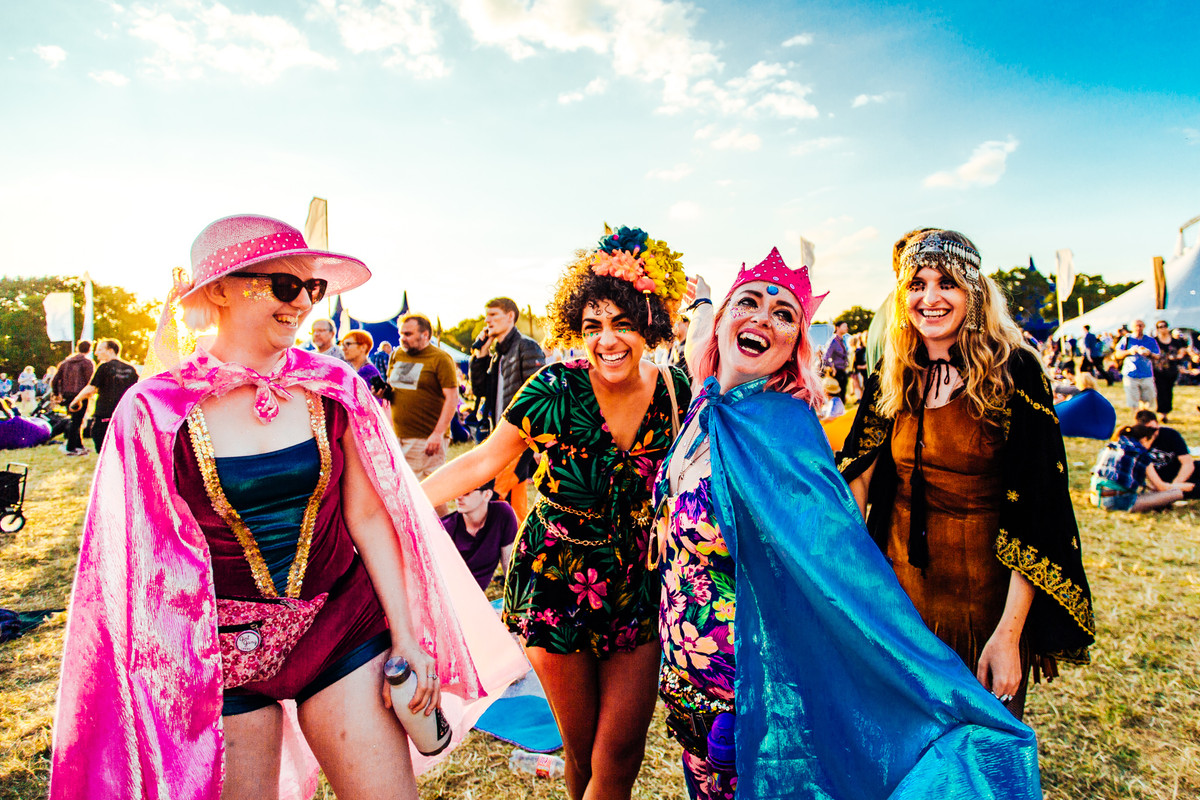 If you haven’t already got a group chat going on, create one! It might be difficult to use during the festival when everyone else is using their phone, but it’s the best way to plan and organise ahead of the festival.

Use it to arrange transport together, where to meet on arrival and to plan fun strategies like matching festival outfits. Plus, it may come in useful when it’s two am and you’re stumbling around alone in the dark searching for your squad.

How to Pitch a tent together

It’s likely that your team will be arriving at different times, via different transport methods and in smaller groups.

One of the first challenges will be rounding everyone to the same campsite to pitch up the tents. It seems like a massive hassle, but you should make a big effort with this – it’s the one spot you can guarantee to see each other in. Some of the festival highlights are the pre-drinks slumped in camp chairs and the post-headliner mayhem when everyone returns to camp - most likely after being separated, wanting to catch up on everyone’s escapades of the night!

Use your group chat to ensure that the first unit to arrive chooses a spot with lots of space. Get each individual to scatter their belongings across the grass to ‘save’ the spots and prevent anyone else setting up.

Each campsite usually has its own unique name so direct the group and start from there. Often there’ll be a food shop or a distinct flag waving nearby to direct the troops to the exact location. This will also help when you’re wandering back hazily at the end of the night attempting to find your tent! 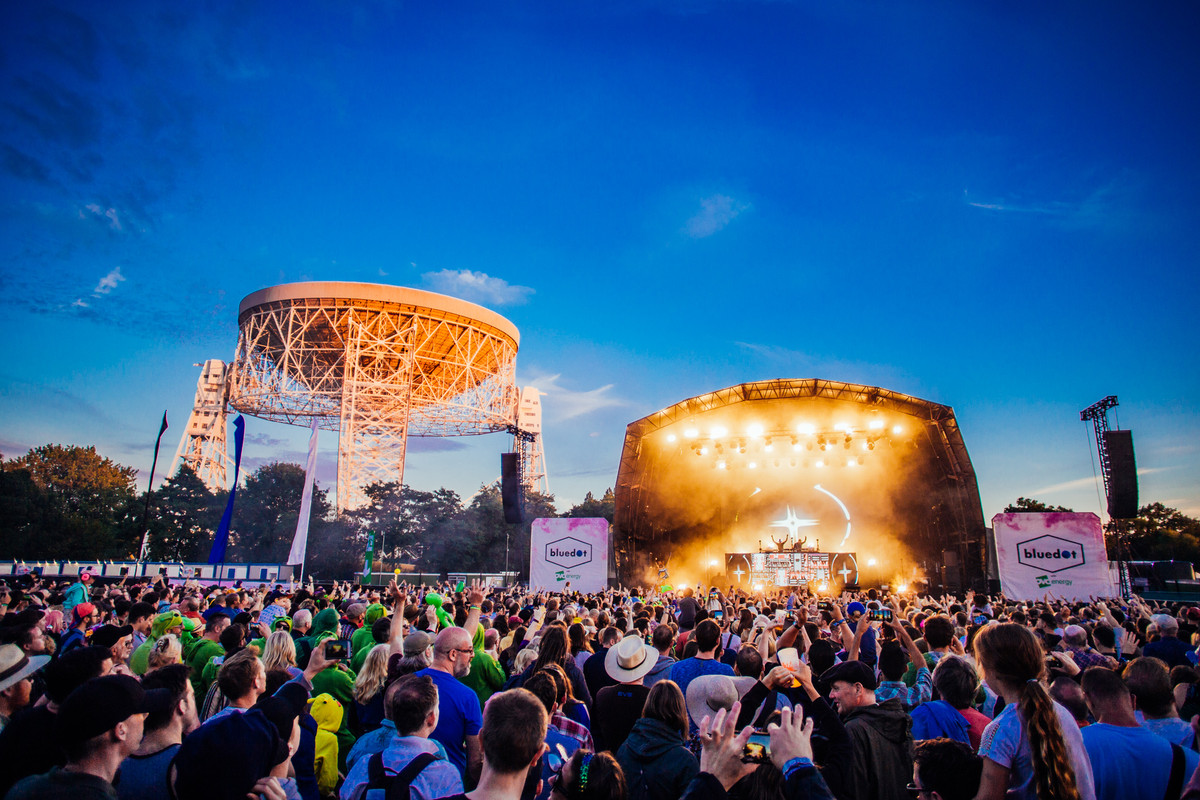 How to Stick Together

Let’s face it, some of the gang are wanderers and will be lost for the night as soon as they enter the arena. But for those who want to at least attempt to stick together, there are ways to make it a lot more achievable.

One of the best methods to keep hold of your posse is to create a unique sign to hold in the crowds. They’re easy to spot, fun to create, and are great conversation starters - if you fancy expanding the festival fam even further! Take turns to carry it around, and you’ll be surprised how easily you can stick together in the swarms.

There should also be a designated meeting spot if anyone gets lost. Choose a memorable place – festivals usually have funky structures or signages that stick in the mind. It’s likely that in the haze and excitement of it all anyone lost might get forgotten, but if you’re lucky a saviour on the end of the group chat might come to your rescue. Just ping over that you’re standing by the meeting spot.

Despite all this, it’s unlikely that the whole group will stay together each night. What’s more likely is that you’ll split up into smaller ‘sub’ groups and will bump into each other throughout the night.

Using a ‘buddy system’ also helps with organisation. Try sticking with one or two people you vibe best with, who you know will want to experience the festival in a similar way. That way, the whole group can avoid spending too much time waiting for one another and debating which tent to head to next.

Do Your Own Thing

If you’ve somehow managed to lose everyone it’s important to know when to give up on waiting – don’t miss that headliner or dedicate the night to searching for your mates because you’re alone.

In fact, you’re bound to have a ball with or without them and so many others around you will have lost their pals too – it’s part of festival life. Embrace it and get chatting to your neighbours – who knows, you may meet someone special! The likelihood is that you’ll run into a familiar face at some point during the night, or if not there’s always the campsite.

Likewise, don’t be afraid to separate from the squad to do your own thing – the festival is as much about you as it is about spending time with your mates.

Up earlier than everyone else? Head out and explore the grounds. Want to see a band that nobody’s keen on? Go by yourself. Just because you’re in a group, it doesn’t mean you have to do the same thing.

So, take our tips on board and enjoy – you’re in for a rollercoaster of a festival! Remember that it might not all go as planned, but they never do at festivals. Go with the flow and let loose – make those memories that you’ll all be talking about for years to come.

Rounded up the group but haven’t decided on a festival yet? Use our festival finder to find the perfect one.