Hip Hop Hooray! This weekend sees Manchester based hip hop night Juicy celebrate three years of road block events with a free party at Gorilla. We caught up with Juicy's very own Oscar Wildstyle for a quick chat.

In October 2009, Manchester club promoters and DJs Oscar Wildstyle and Wiggie Smalls started up a hip hop night in their city "because nowhere in Manchester was really playing the kind of stuff we were into". Three years and 100 sold out parties later, Juicy has hosted nights by the likes of Grandmaster Flash and Raekwon, and opened up for everyone from De la Soul to Dizzee Rascal.

The Juicy empire has now expanded to Liverpool and London, with Oscar and Wiggie big pimpin' at some of the biggest clubs and festivals in the UK. But despite being kind of a big deal these days, the guys haven't forgotten their roots - and to celebrate their third birthday they're throwing a FREE party at Manchester's Gorilla this Saturday.

We pinned down Oscar Wildstyle for a quick chat ahead of the weekend.

Tell us about the very first Juicy. How did it begin, and did you ever think that three years later you'd still be going strong?
The two of us just decided to throw a free party where we could play some of our favourite hip hop records, because nowhere in Manchester was really playing the kind of stuff we were into. It just seemed weird to us that the only place you'd hear big hip hop tunes was at a house party. I remember we did have to convince the club to let us do it, because I think they were slightly worried the only people who would turn up would be gangsters with machine guns. Obviously the crowd was fine, and now there are heaps of copycat nights playing the same kind of music, but when we started, it was pretty unheard of. I remember giving flyers to people who couldn't understand that we were just going to play hip hop all night, no dance music. At the time there were either underground rap nights, like C'mon Feet or Taste The Diff'rence, or you could go and hear some R'n'B at the Printworks. We never thought it would be our full time job three years later.

What's the secret to success in your opinion?
Unfortunately, hard work and being organised, which are two of my least favourite things in the whole world. Also being original, as opposed to doing something loads of other people are already doing. We always make sure our artwork is really good, courtesy of our designer Ben Perry.

What have been some of the most memorable moments of the past three years?
De La Soul making us take a bow on the main stage at Parklife, getting Ghostface Killah to do the intro on our forthcoming mixtape, record shopping with Alchemist, sharing a stage with Grandmaster Flash, getting drunk with Fatlip, getting caught by the police smoking with Jay Electronica outside Warehouse Project, playing at Fabric and lastly standing in a pitch black room with all of the Wu-Tang Clan in complete silence just as they were about to go on.

You've had some pretty big guests at Juicy - are there any that particularly stand out for the right reasons?
Just Blaze and Alchemist did two of the best DJ sets I've ever heard, and they were both really cool, friendly and humble guys. Mr Scruff always does amazing sets at our annual J Dilla charity night as well.

And for the wrong reasons? Who has been the biggest diva?
We once played a gig where a very big rapper (who I'm not going to name as I'm very scared of him) refused to go on until they brought him an oxygen tank.

You've just launched in London - how's that going?
Really well, we're at Proud in Camden every Tuesday. The crowd is really young but they're really into it.

Any plans to expand to any more cities?
Maybe. There are only two of us who run Juicy and DJ at it though, and it's already pretty full time doing Manchester, Liverpool and London!

What do you have coming up for the rest of the year?
A massive, massive New Years Eve Party. Tickets on will be on Skiddle soon of course... 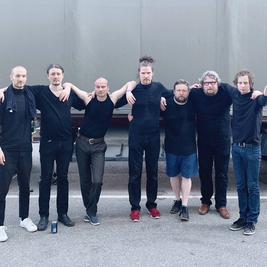 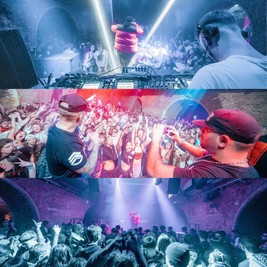 Shake It Off - 2010s Party | Harry Styles vs Taylor Swift

Shake It Off - 2010s Party | Harry Styles vs Taylor Swift

Our 2010s party is coming like a Wrecking Ball to help you Shake It Off on Friday 15th July at Goril... 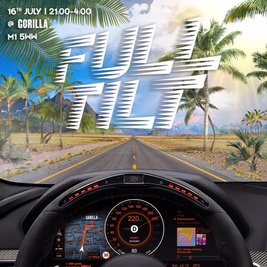