Beachside festivals in exotic destinations, a selection of rowdy parties here on home soil and a special in-store signing event from an upcoming name. All this and more can be found in this week's New On Skiddle.

The build up to the first fully unrestricted summer festival season continues this week, as is evident in our latest New On Skiddle roundup. Featured are a handful of extraordinary live music spectacles, happening both here on British soil and in far-flung exotic places around Europe, with tickets now on sale. And that's not all! There's also a couple of hefty parties chucked in for good measure as well as a very special in-store signing event, from an upcoming homegrown talent. All will be revealed below. Continue reading to learn more... 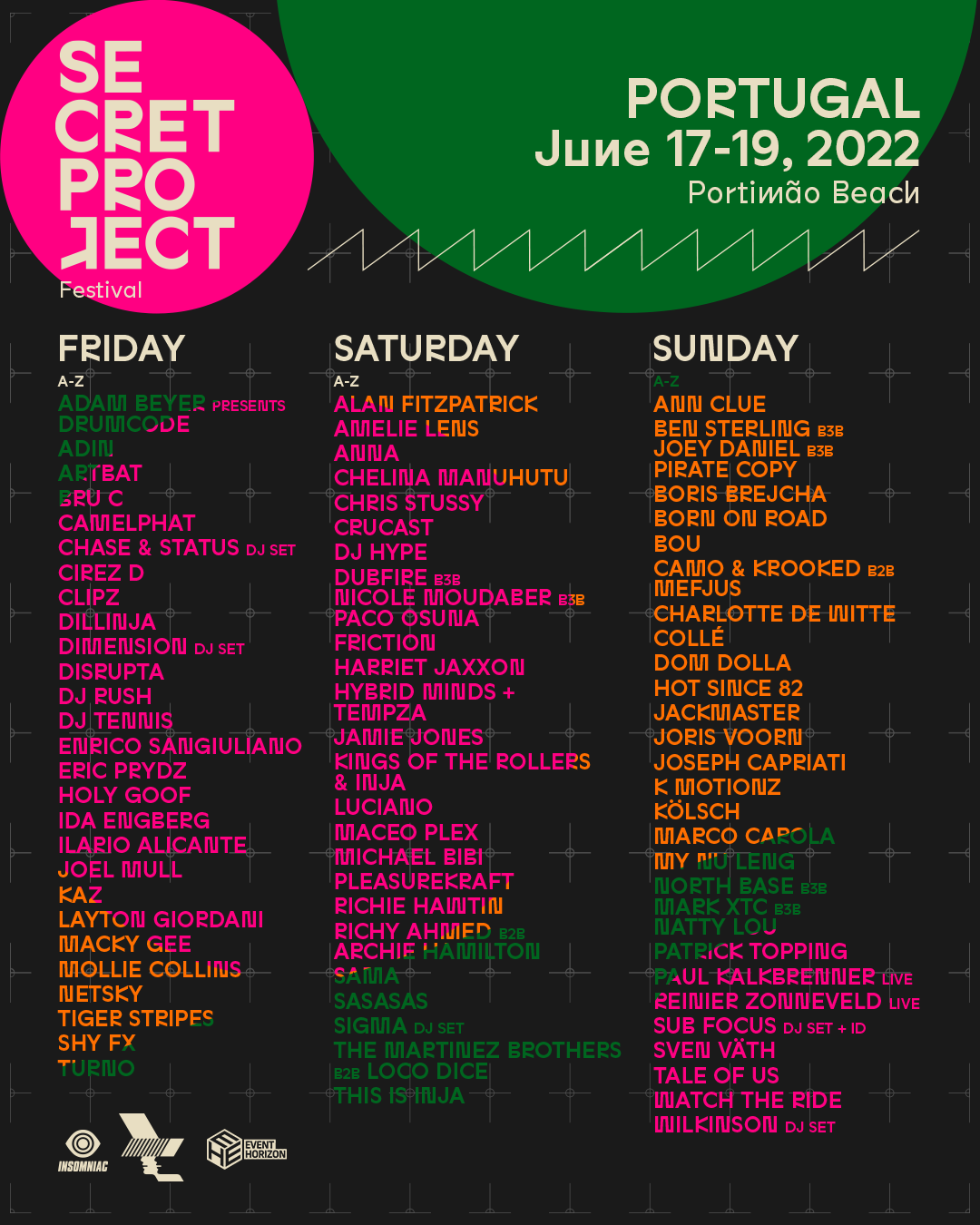 Pssst. Have you ever heard of Portugal's Secret Project Festival? No? Let us give you a little background...

A relatively new and unknown event at present, this overseas festival takes place on the stunning western shorelines of the Iberian Peninsula. Bound to persuade many into making the trip, the lineup for the debut edition of the event is really something to behold. Stocked with over eighty acts, including some of the biggest names in dance music - from Adam Beyer and Amelie Lens to Shy FX, CamelPhat and Chase & Status - this Mediterranean experience is undoubtedly set to be the one to beat in Europe this summer. 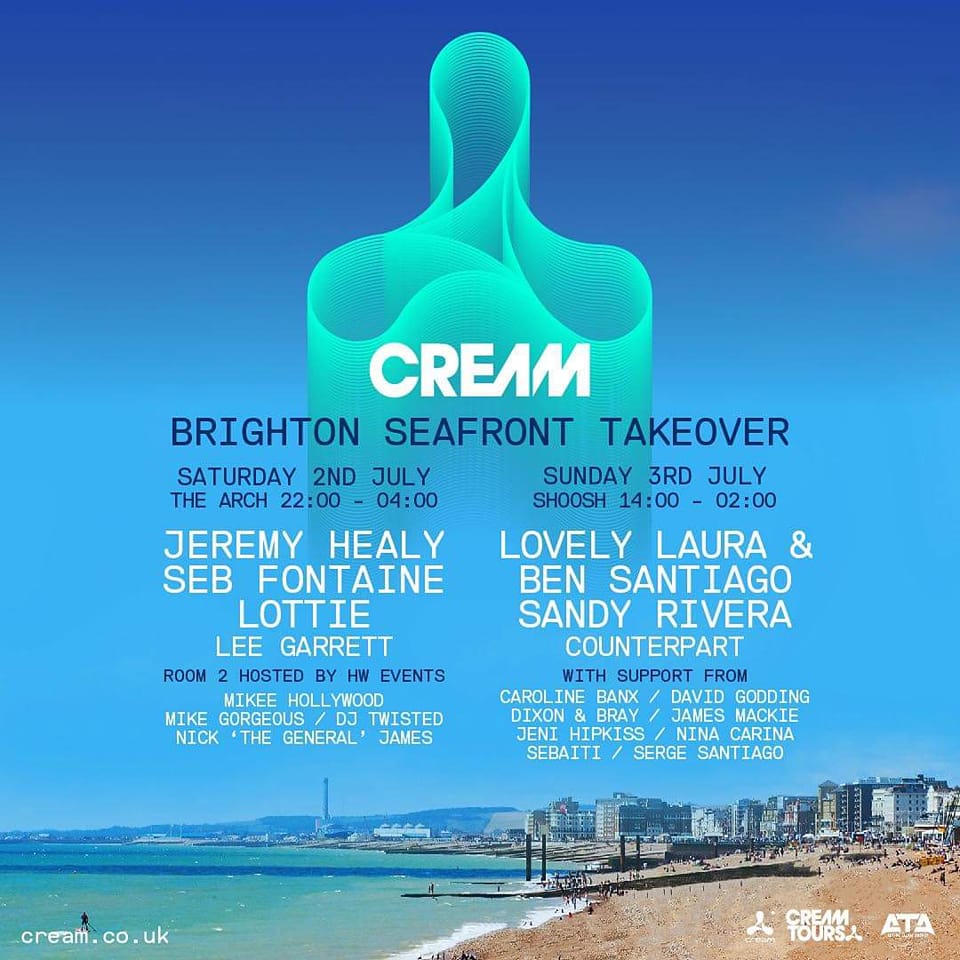 A conquering name in the electronic music world, illustrious dance brand, Cream will bring its party-throwing expertise down to the southern most coastline of the Uk this July, taking over Brighton's seafront for a two days of classics on the beach.

The first of two days will see highly regarded DJ talents the likes of Seb Fontaine and Jeremy Healy appearing live at one of the seaside resort's most frequented clubbing destinations, The Arch, whilst Ibiza favourites Lovely Laura and Ben Santiago, amongst many others, head to the beach on Sunday for a mammoth twelve hour all-day rave.

Early bird tickets have now sold-out, with first release tickets also in high demand. Get yours now on the link below.

The self-proclaimed 'off-piste dark discotek for homo's, hetero's, lesbo's and don't knows', HomoElectric will once again bring its debauched party to Manchester nightclub, Hidden over this year's Pride Weekend.

Taking part in the celebration, which supports and raises awareness of the LGBTQ+ community, the event will provide the very best in disco, house, electronica and techno from a host of local favourites. Confirmed and on the bill are Gina Breeze, the charismatic DJ inspired by rave culture, and HomoElectric regular, Jamie Bull.

Prepare for another non-stop exotic disco for the twisted generation.

Not a week has passed since the return of the UK's biggest techno event, Edinburgh's Terminal V, and here we are already buzzing for the next Easter instalment in 2023!

Techno queen Amelie Lens joined fellow deck wizards and sorceresses, Anfisa Letyago, Nina Kraviz, Alan Fitzpatrick, Ewan McVicar, Rebuke, Fraz.ier and many others, performing across six unbelievable stages fitted with the finest in sound and lighting production. Some of the Skiddle made the trip up to the Scottish capital to sample what the festival's all about. keep your eyes peeled for footage coming soon.

Nothing has yet been announced in the way of next year's lineup but you can expect it to be chock full of world class names. Watch this space for more details as they come. 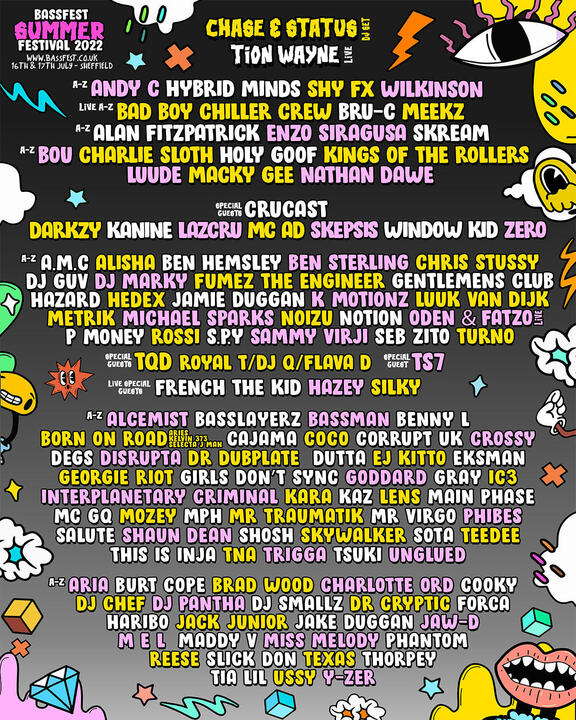 Where: Don Valley Bowl in Sheffield

Sheffield's premier bass music bonanza, Bassfest returns to this July for not one, but two days of rowdy partying upon the famous recreational grounds of Don Valley Bowl.

Over hundred artists in total, representing drum and bass, house and bassline, will each take turns at moving the earth underneath Steel City. Grab your tickets on the link below and get ready to hold on for dear life. 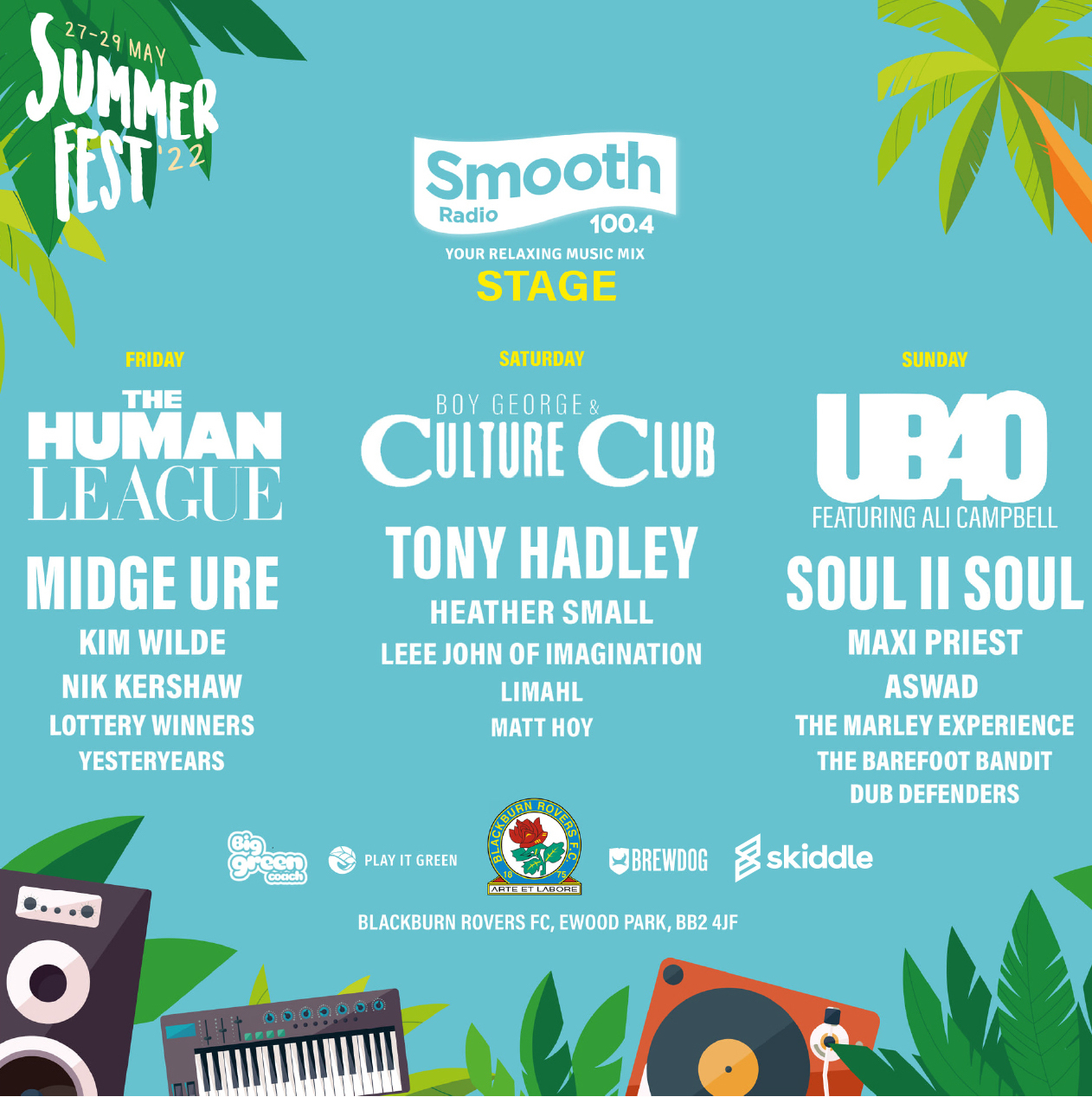 Where: Ewood Park in Blackburn

Blackburn Rovers' home ground, Ewood Park will welcome up to thirty-thousand eager music fans across the last weekend in May this year, for the debut of a brand new music spectacle - Summer Fest.

A vast offering of tasty and tempting foods will also be available at a range of stalls on site with fully stocked and plastic free bars scattered around the grounds, organised and managed by the festival's Carbon-negative partners, Brewdog.

Tickets for this extraordinary event are now on sale and moving fast! Get your hands on a full weekend ticket, or maybe just a day ticket on the link below. 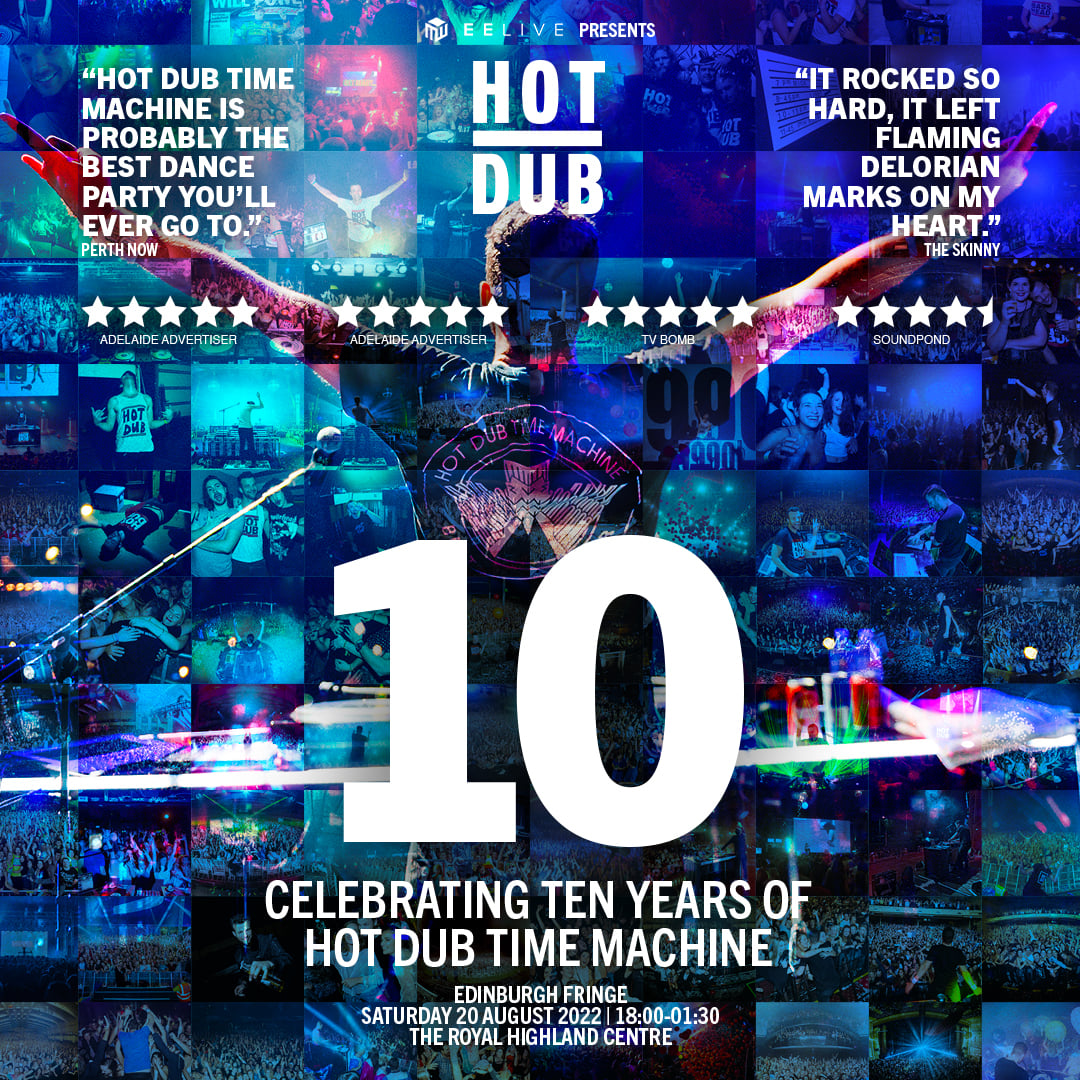 The ‘dance-through-the-decades’ spectacle has become a favourite with audiences worldwide, with punters being whisked away on a journey through the sounds of the swinging sixties and the psychedelic seventies, the syncopated synths of the disco era, the groovy bass lines of soul, funk and more.

The show, which features a soundtrack of beloved records all played in a 'strict' chronological order, offers something for all and will have even the most stubborn, dancing adverse souls up and moving their bodies involuntarily from start to finish.

With appearances at festivals the likes of Coachella, Reading and Tomorrowland under his belt, you can guarantee a world-class display from Lowndes in the Scottish capital this summer. 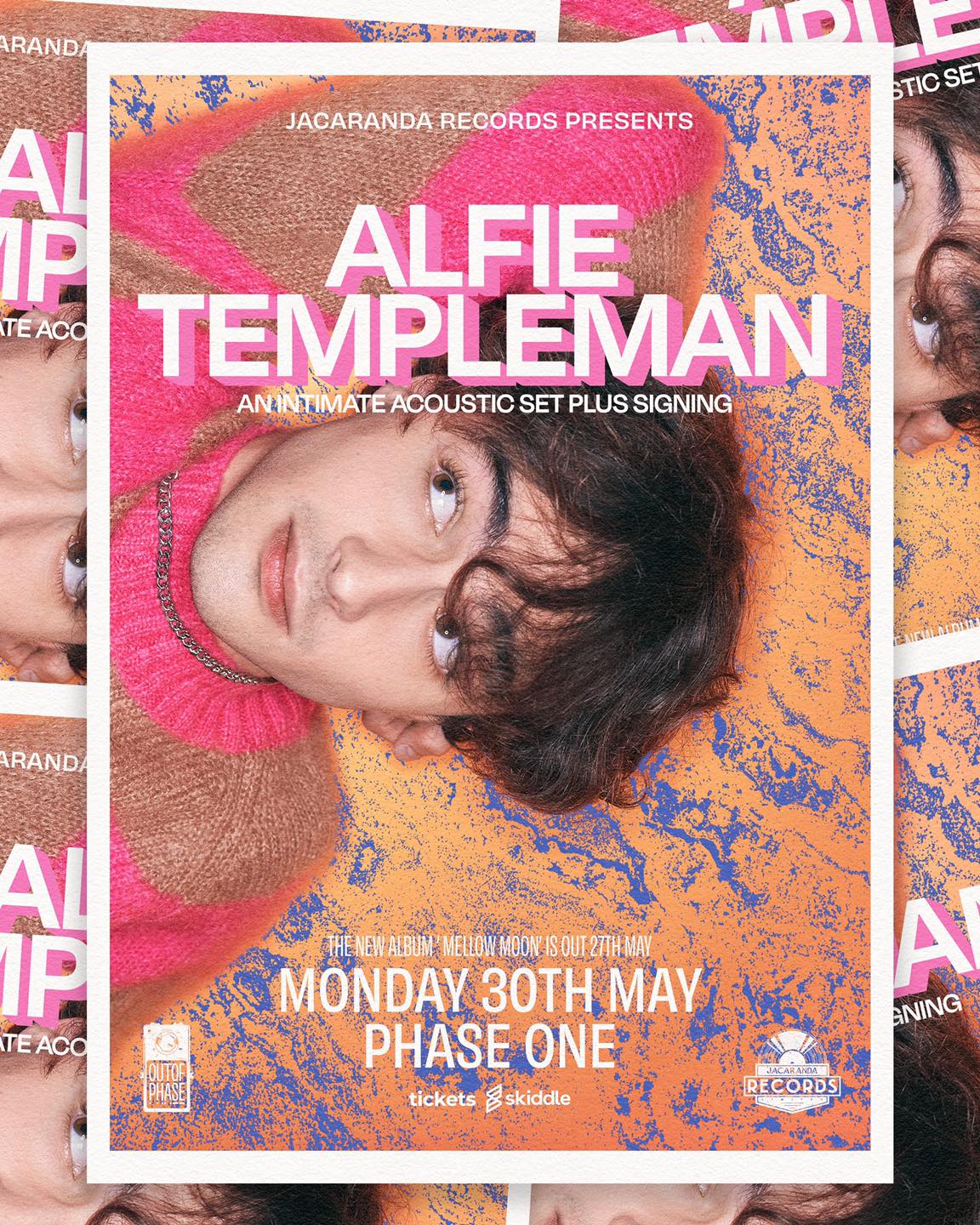 Where: Phase One in Liverpool

Liverpool's Jacaranda Records and intimate music venue, Phase One are due to play host to a rising star of the bedroom-pop movement this May, Bedfordshire-born up and comer - Alfie Templeman.

Providing all those who come by tickets with a stripped back performance of tracks taken from his brand new album, Mellow Moon, due for release this Wednesday (27th May) on Chess Club Records. On his set list, gig goers should expect to find his latest single, 'Colour Me Blue', alongside 'Leaving Today', 'Broken' and his well received summertime bop, '3D Feelings'.

An album signing will follow Alfie's up close and personal live set, allowing attendees to grab a signature from the soon-to-be pop superstar on either the CD or vinyl which accompany's their ticket. 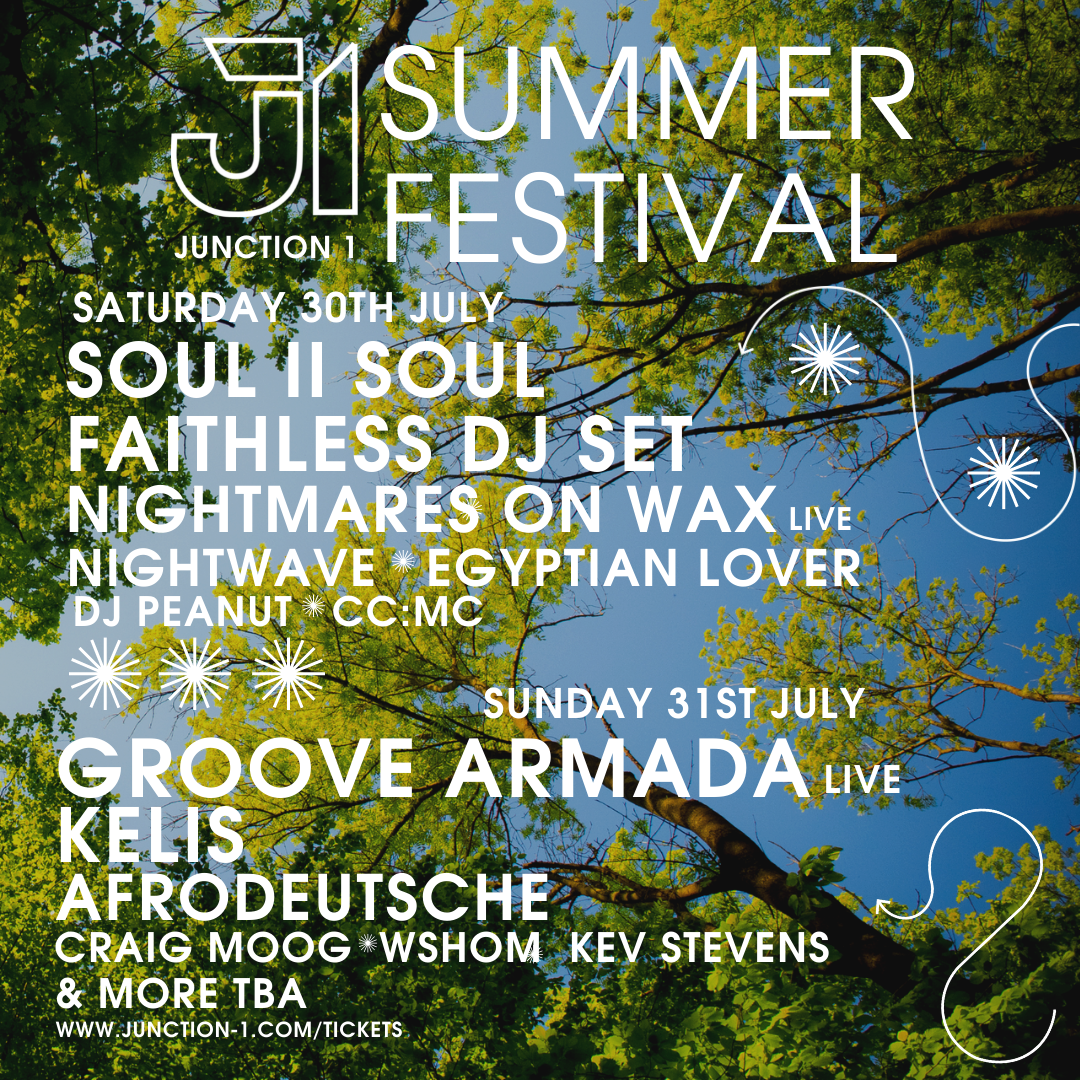 Where: Junction 1 in Glasgow

Attention all music fans! A brand new live music festival is coming to Scotland this summer, and its one that's got us pretty excited here at Skiddle - Junction One Summer Festival.

Situated upon an exclusive space in Glasgow's sought-after East End, this specially curated urban festival experience is set to feature an array of ground-breaking performances from some of the world's biggest and most acclaimed music talents. Topping the bill across the two day event are the likes of Groove Armada, who are currently out on the road on their last ever UK tour, and iconic R&B collective, Soul II Soul, who'll bring classic tracks 'Back To Life' and 'Keep On Movin' to those in attendance this July.

Don't miss your chance to be one of the first to attend what's set to be a regular annual feature on the Scottish Festival season calendar. Tickets on the link below. 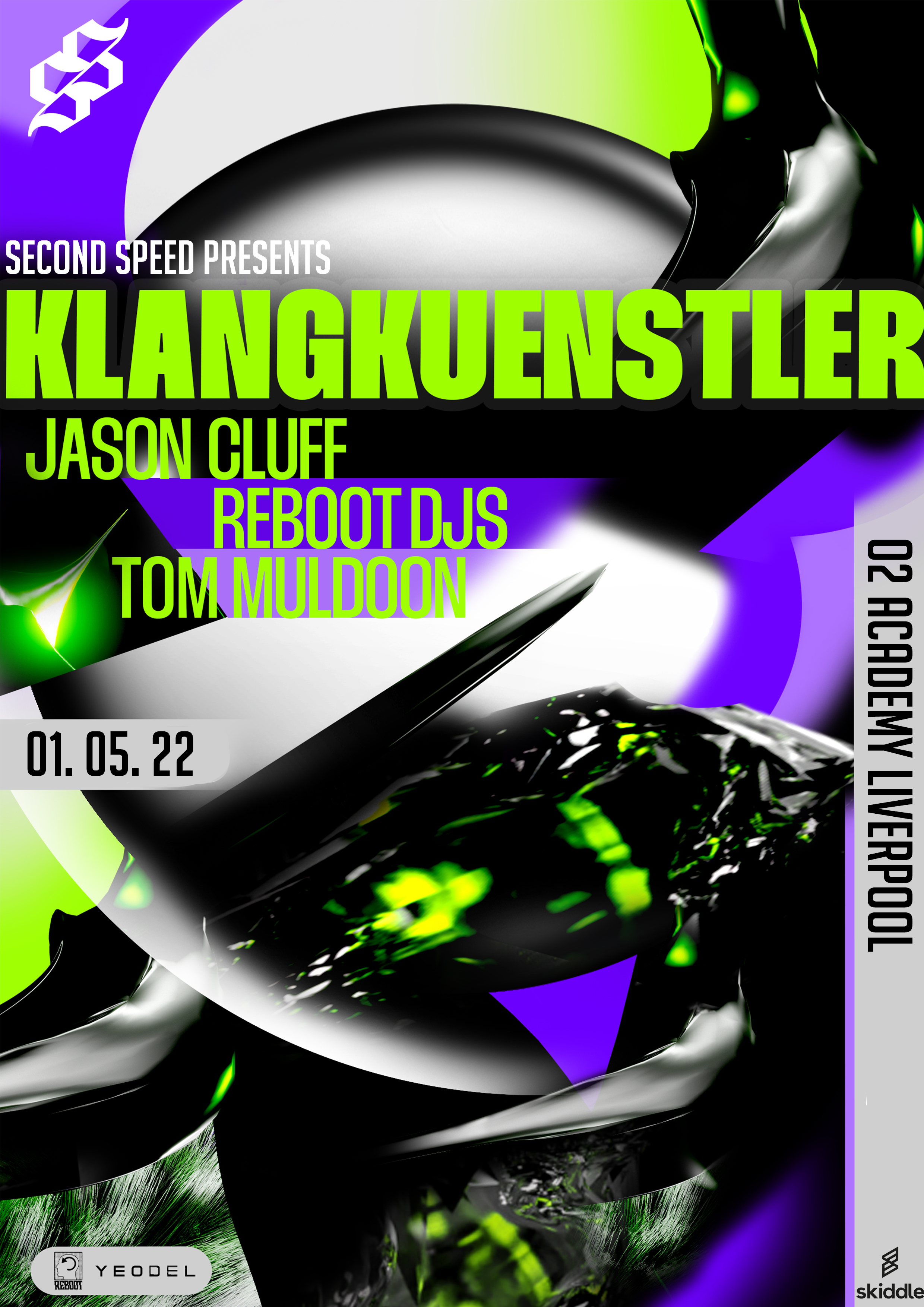 Where: O2 Academy Liverpool in Liverpool

A coming together of two of the UK's most respected event collectives, Yeodel Rave and Irish events company, Reboot Events, the Second Speed project is set to bring huge shows to dance fans in Northern England over the months to come. A list of international DJs representing hard trance and minimal techno, the likes of Klangkuenstler, are expected to feature heavily on forthcoming events. Watch this space for more details as they come.

Yeodel Rave founder, Jason Cluff is also on the lineup, alongside the Reboot DJs and Irish producer, Tom Muldoon. Tickets available on the link below.