Calling all last-minute Larry's and Sally's of Northern England! Struggling to find somewhere to party this New Year's Eve? Check out this list of epic end of year events in Manchester with tickets still on sale!

People of Manchester, hear our call - New Year's Eve 2021 is still on! Boris has even said so himself!

If you, like many of us, have held back on buying tickets for fear of events being cancelled this NYE (curse you, Omicron), now's the right time to take action. Make sure you've got somewhere to be, to live, to dance and party when the clock strikes midnight and the New Year begins!

Seize this moment. Act impulsively. This isn't a moment for deliberation or hesitation. Let's get out there and have it BIG!

(Click on the event titles, artist or venue names below for more details, and be sure to check each events COVID restrictions)

Where: O2 Victoria Warehouse in Manchester

Renowned party throwers and compilation makers, Clubland will round off 2021 with a mega eight-hour rave inside the capacious walls of the city's massive O2 Victoria Warehouse.

Join thousands of rave revellers in witnessing some of the world's biggest selling dance artists, the likes of Cascada, Ultrabeat, Flip N Fill and more, performing live on stage on the ultimate evening of the year.

Where: South in Manchester

Navigating you on a journey through trance, selectors Lange, Activa, JFK, Sam Mitcham, Sherrie Metcalfe and Craig Lee Bird will play only the finest vinyl records from the glorious heyday of the genre through a thundering Funktion One sound system.

Head to Manchester's South music venue and nightclub on December 31st for a very intimate and nostalgic party the likes of which you won't find anywhere else in the city. 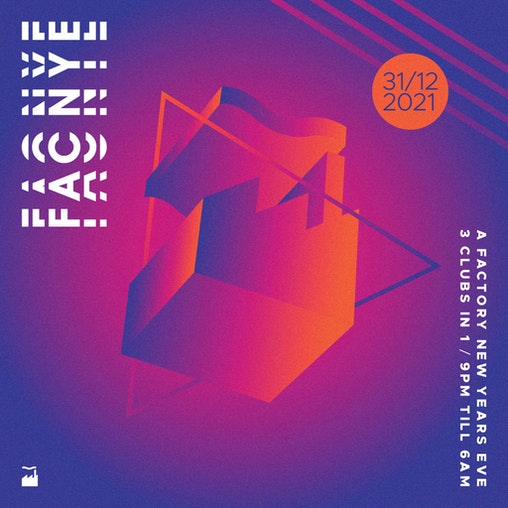 Where: FAC 251 The Factory in Manchester

Experience typical Mancunian shenanigans at one of the busiest clubs in the city, accompanied by a mint soundtrack, as the locals would say, stocked full of the biggest and best anthems of the year.

Where: The Bread Shed in Manchester

Junglists and drum n bass heads, assemble! This one is set to go off!

The team behind AMP (Antwerp Mansion Presents) have linked up with bass music experts, Jungle Cakes to bring you one of the loudest, heaviest and most raucous New Year's Eve parties in the north.

The pair of seasoned event collectives have conjured an eye-watering lineup of DJ names to shake the ground beneath Manchester's Bread Shed. Artists on the bill include Ed Solo, Deekline, Kleu, special guest Jam Thieves and Bloc 2 Bloc, with Mad Rush MC taking over hosting duties.

One not to be missed!

Manchester's longest-running club event is back at the helm of its spiritual clubbing home, the Northern Quarter's Mint Lounge on New Year's Eve, for its twenty-fifth end of year party!

Join Funkademia resident DJs, David Dunne and Les Croasdaile as they guide you out of 2021 and into 2022, to a soundtrack brimming with the biggest Funkademia dance floor killers. Expect nothing but the best in soul, hip hop, house, RnB and more.

Where: A Secret Location in Manchester

Promoting their first New Year's Eve get together in almost ten years, Manchester's Hit & Run are promising a unique year-end event in the city this December, having found a never-used-before and secret location to host an epic nine-hour function.

Boasting a lineup of more than fifteen names, the event - running from 9 pm on New Year's Eve until 6 am on New Year's Day - will welcome some of the most hyped selectors and producers in the bass music scene. Performers include Daseplate, Ghoulish, Biome, Rich Reason, Dogger B2B Mindstate and Jonny Opo to name a select few.

Where: Joshua Brooks in Manchester

Taking control of the venue's heavy-duty sound system, techno master Robert Hood and his daughter, Lyric will deliver a score of contemporary dance floor fillers teeming with samples from some of the biggest names and records in soul, disco, funk and more.

Joining them on the bill, ticket holders can also look forward to hearing expertly crafted sets from DJs Bill Rogers and Sharples.

Cafe Mambo Ibiza will bring the summer sunshine vibes of the Balearic Island to Manchester's Albert Hall on the ultimate evening of the year.

The team behind the famed seafront cafe, bar and live music spot, which has been entertaining dance fans on the White Isles for over twenty-five years, will invite an array of high-profile artists to the historic city centre venue, providing an unparalleled New Year experience. 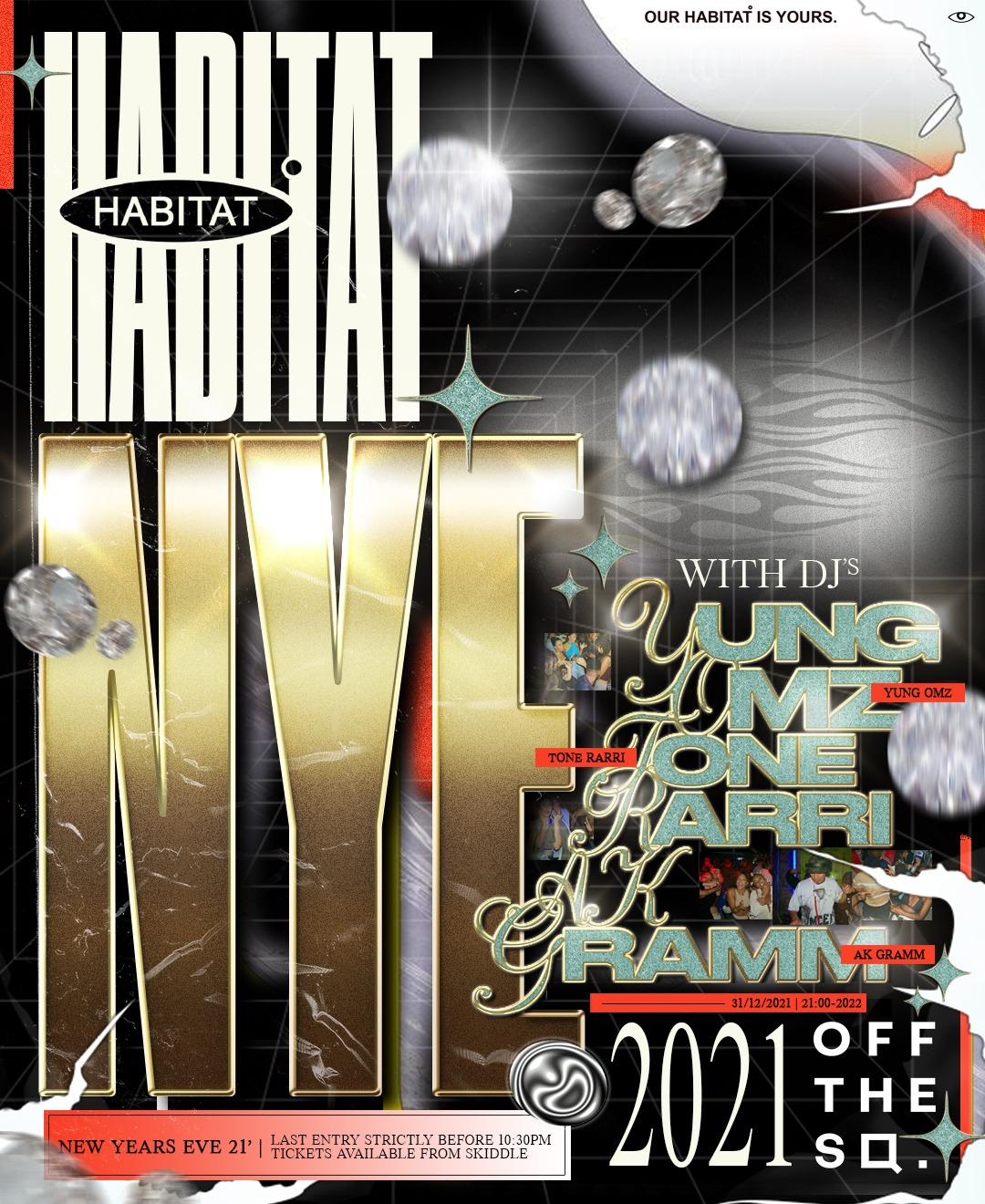 Where: Off The Square in Manchester

Supplying festive partygoers with a broad mix of dancehall, UKG, trap, rap and RnB, the knowledgable crew behind Manchester club night, Habitat look set to bring in the New Year properly at Manchester venue, Off The Square this Friday.

Running from 11 pm until 4 am on New Year's Day, the massive end of year party will see DJs Yung Omz, Tone Rarri and AK Gramm taking the mood and atmosphere to a whole new level.

Tickets are in high demand, grab yours now below... 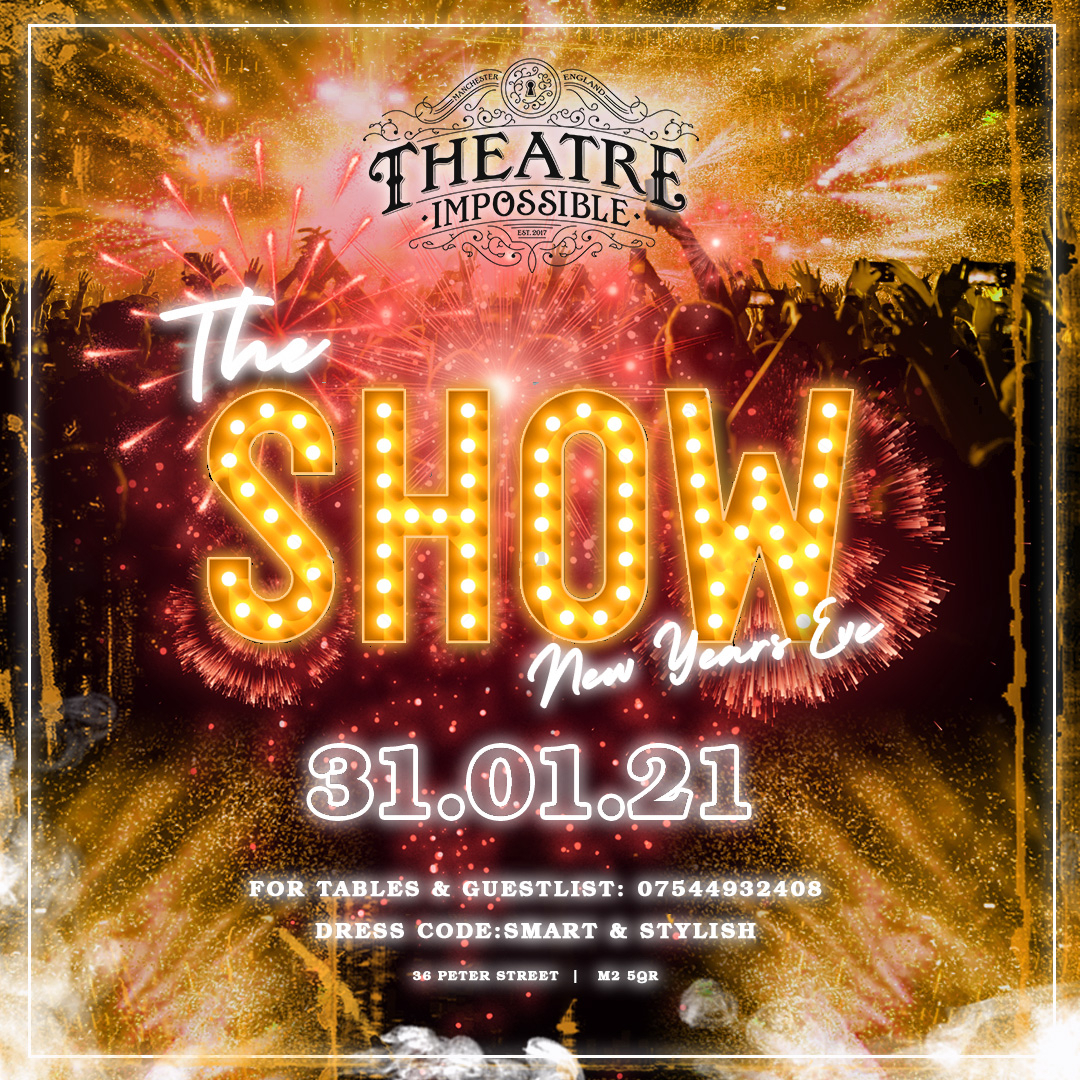 Where: IMPOSSIBLE MANCHESTER in Manchester

The aesthetically magnificent nightclub, highly-spoken of eatery, gin-nest, cocktail bar and theatre has a very special end of year performance lined up to mark the end of 2021 and the beginning of 2022.

Those thinking of buying tickets to what will almost certainly be a sold-out event will be spoilt to a variety of immersive entertainment options - from live music from some of Manchester's finest RnB and hip hop DJs to mindblowing themed bottle shows and more.

Make sure you're present at one of the city's biggest New Years countdown celebrations!