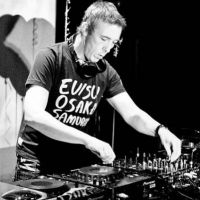 Few DJs were actually around in clubs when House Music first made its way to the UK.

Even fewer DJ's have actually played a significant part in House Music's history in the UK.

David Dunne has done both.

He has been described and applauded as “the DJ’s DJ” (Manchester Evening News), “A true pioneer and champion of house music” & “If there’s been a radio station and a pair of decks, he’s been there” (DJ Magazine), “A DJ with no ego and plenty to talk about” (The Big Issue), “A man with a gold star in rocking crowds” (Trust The DJ.com), “A guaranteed crowd pleaser”(BBM Magazine) and “the most deserving DJ to cross over to the premier league” (Radio One). His Dj career spans over 26 years behind the decks, breaking and supporting dance music on Radio, playing in some of the world's best clubs and working with some of the biggest brands and names in music.

He presented one of the very first shows on FM Radio in the UK to showcase House Music, "The Isometric Dance Class" on Piccadilly Radio back in 1988. Since then, he's divided his time largely between Radio and Clubs - He was Head of Music for Kiss 102 and Kiss 105 in Manchester and Yorkshire, helping to break some of the biggest records of the 90's, and then went to work as Head of Music for MTV. As a presenter, he's been on radio almost constantly since 1988, in the UK and around the world. worked for some of the best known names and brands in Music, including, Kiss, Galaxy, MTV, Ministry of Sound and Hed Kandi.

As a DJ, he's played in over 25 countries, for some of the world's best clubs and brands - Space Ibiza, Cocoon, Ministry of Sound, Amnesia, Creamfields, Global Gathering, El Divino, Sankey's, Pacha (London, Ibiza and Munich), Up Yer Ronson, MTV Ibiza, The End, The Arches, V Festival, Bora Bora, Turnmills, Retro, Love to Be, Wickerman festival, Miss Moneypennys, and also at his all-time favourite club, the legendary Hacienda in Manchester, where he appeared over 30 times.

David Dunne has been mentioned in our news coverage

NYE 2021: Early bird events to get you in the 'end of year' party mood

Everything Everything, Chimpo and more to play We Are Lager Festival

Here are the latest David Dunne mixes uploaded to Soundcloud.