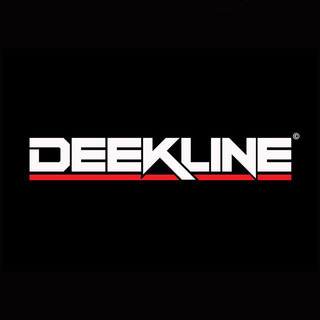 Welcome to the Jungle

The Foundry Nightclub in Torquay

The Bread Shed in Manchester

Deekline is that rare figure in dance music, the seminal producer who balances the cutting edge and the mainstream with effortless flair. Up there with the busiest artists in the scene, Deekline splits his time between regular worldwide DJ tours, relentless production work and overseeing the six record labels he heads up; Sludge, Hot Cakes, Jungle Cakes, Booty Breaks, Rat Records and Giant Pussy Records, all of which work tirelessly to propel street level artists into the forefront of the electronic music scene.

A bonafide musical shapeshifter, his countless releases have erupted into both the underground and mainstream worlds, gaining support from the likes of Diplo, Craze, DJ Hype, Afrojack, Stanton Warriors, Plump DJs and Krafty Kuts and representing bass music in its truest form; a melting pot of dubstep, UK funky, garage, bassline, dancehall and breakstep. Tracks like ‘I Don’t Smoke’ and ‘Bring it Back’ continue to smash dance floors years after their release and his enviable status in the often competitive American and Canadian markets further cements Deekline as one of the UK’s strongest production talents.

His back catalogue of collaborations shows incredible diversity, with artists such as Wizard, DJ Assault, Fast Eddie, Kid Sister and Freq Nasty having queued up to work alongside him over the years. More recently, he has hooked up with Tim Healey on a release from new blood Encore, due for release on the massive Island Records, and will see the release of his bootleg of ‘Go Outside’ on Hot Cakes; a track originally released on Lily Allen’s record label. Also, look out for Deekline, Wizard and Ed Solo’s remix of Rebel MC’s massive track ‘Tribal Bass’, the upcoming Deekline and Ed Solo album, ‘Bounce and Shake’ and upcoming release on Central Station, ‘Shake The Pressure’…

Music aside, Deekline has been hard at work on The Bass Boutique, a creative music, fashion, art and lifestyle online store that combines his passion for the creative arts with his spiritual beliefs. Quality controlled by a team of DJs and headed up by Deekline himself, the Bass Boutique will bring together fashion from top designers as well as music chosen by the people that made it. His own clothing line, The Booty Farm, will also push forward this year with exclusive ranges from the likes of Uncle Luke and more. Look out for upcoming The Booty Farm sample CD’s, the first of these coming direct from the legend that is Krafty Kuts!

There aren’t many people that can say no to this guy right now, and with international promoters clambering over themselves to lock Deekline into their diaries there will be no escaping his groundbreaking beats over the coming months.

Deekline has been mentioned in our news coverage

Mint Warehouse to reopen in Leeds with shows inc. Patrick Topping and Rudimental

Here are the latest Deekline mixes uploaded to Soundcloud.