London grime-punk duo, Nova Twins drop in for a chat with podcast hosts Georgia and Pippa, talking about the release of their debut album 'Who Are The Girls?', touring France in a Ford Galaxy and much, much more...

For episode 6, we continue our going out conversations with London based grime-punk/alternative duo - Nova Twins, consisting of vocalist and guitarist Amy Love and bassist Georgia South.

Tearing up the underground music scene for the past 7 years, the politically motivated, diversity championing duo have become renowned by many for their wildly exciting and intense live shows.

Combining elements of grime, punk, hip hop and pop, and citing a broad range of influences, from the likes of Missy Elliot and Skepta to MC5 and Skunk Anansie, the twosome have forged their own unique and genre-blending sound. Labelled by many critics as 'grop' (grime-pop) and 'grunk' (grime-punk), Nova Twins fierce sonic creations have derived comparisons to many greats of the alternative scene - such as Enter Shikari and iconic, British dance act - The Prodigy.

Following a run of incredible, stand-out live performances, supporting the likes of Wolf Alice, rap sensation Little Simz and Prophets of Rage, featuring Rage Against The Machine guitar hero, Tom Morello (who is a big fan of Nova Twins), the pair had plans to tour around Europe before heading over to the states. That was until the world went into lockdown last March, all with thanks to the ongoing Coronavirus pandemic. 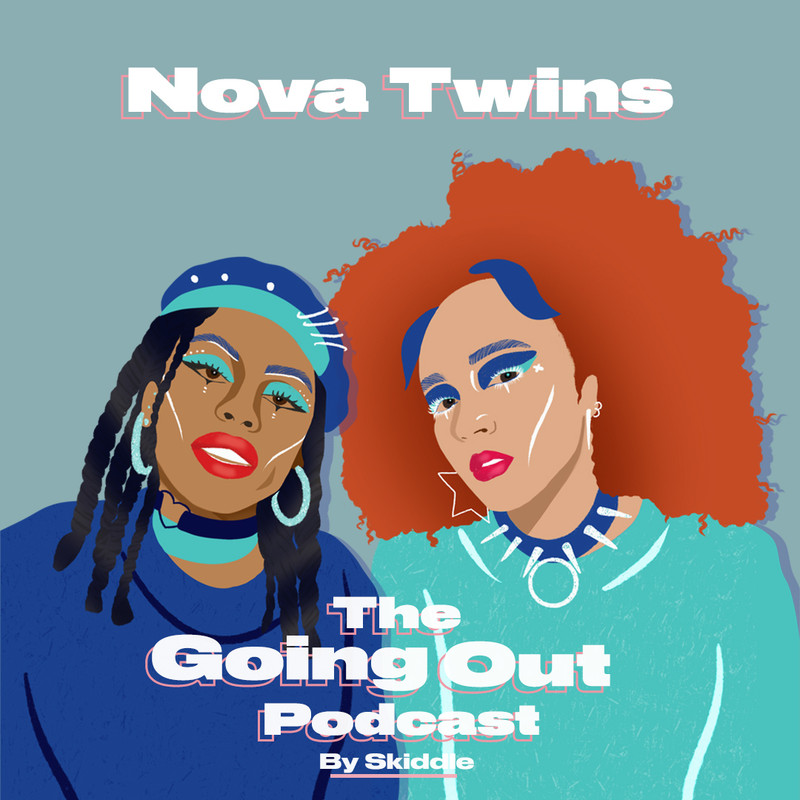 Still stuck at home, under house arrest like the rest of us, the girls took the time to talk us through their experiences of growing up in South East London, discussing their very first gigs, playing in London's cultural district - Camden, and witnessing the likes of Katy Perry and Beyonce performing live in concert.

We also found the time to talk about their recent open letter to the MOBOs in 2020 and what this means to them, their fans and other artists in the genre, as well as uncovering what it was like to tour across France in a modest Ford Galaxy, performing for thousands of fans each night.

Following some huge achievements over the past twelve months, most of which were impressively accomplished during the pandemic, including a collaboration with Bring Me The Horizon, the release of their debut album 'Who Are The Girls?' and winning a Heavy Music Award for ‘Best UK Breakthrough Band’ - it’s clear that we can expect to see much more from the Nova Twins over the coming months and years.

Listen to the podcast on Apple, Spotify and Youtube now.