This summer has all the ingredients needed to create one of the most memorable times in all of our lives thus far, with many already labelling it the second 'Summer of Love'. Whether that's true or not, one thing’s for sure - we're all desperate to make up for lost time!

Finally, things are beginning to look more positive. It’s time to start planning those nights out, to the afters and beyond. It’s undeniably a very exciting time. Our favourite artists have been hidden away in their studio's for over a year, creating wobblers to get your body moving and promoters have been scheming behind the scenes, working on coming back to venues across the UK with a bang!

You hear about events happening in London, Manchester, Liverpool and so on, each and every week, but what about events outside of the tourist-heavy cities? What about the hidden gems? Well, the Midlands is full of them.

It's a place blessed with nightlife the likes of which could challenge any other British city. A place that's home to some of the most underrated venues and clubs in Britain. A place that's beginning to turn heads for all the right reasons, putting the centre of the UK right on the map.

Browse over some of the many quality events happening in the Midlands throughout the summer season this year, below...

(Click or tap on the artist names, venues and event titles below for tickets and more)

Where: NG ONE in Nottingham

1,200 avid party revellers are due to pack into Nottingham's NG ONE live music venue on Saturday 26th June, as one of the city's finest club night series Groovebox makes its long-overdue return.

Kicking off the venues opening Saturday night, following the withdrawal of all remaining COVID restrictions on June 21st, an all-star cast of selectors including Richy Ahmed, East End Dubs and up and coming selector, Fleur Shore are all set to welcome fans back to Nottinghams home of dance.

Where: White Wells Farm in Belper

This one has the all ingredients necessary to be one of the biggest and best parties of the summer.

The Discotech camp celebrates 9 years of events welcoming Archie Hamilton, Burnski and a host of local talent to a secret location in the Derbyshire Hills at the need of July. Set to completely transform the mysterious site into a full-blown party arena, armed with VOID Acoustics, full-scale production and quirky backdrops supplied by local artists, this is one disco-dance bonanza you do not want to miss!

The club night has also recently launched its very own label, whilst in lockdown, and is already garnering support from some of the biggest players in the game, including Enzo Siragusa, Archie Hamilton, Chris Stussy, Subb-an, Burnski, Toman, Lauren Lo Sung and many more.

Where: TWENTY2 in Birmingham

A close affiliate of Desolat since 2010, YAYA and his own Tamango brand have gone from strength to strength over the past decade. His energy in the booth is unrivalled and widely acknowledged amongst his peers and his fans. Performing everywhere from Ants at Ushuaia in Ibiza to Romania’s Sunwaves, you can normally find the in-demand, seasoned selector touring clubs around the world.

If there’s one thing TRMNL knows how to do it’s Bank Holidays. The golden jewel in Birmingham’s event calendar is firing up all cylinders ready for its most colossal Bank Holiday event to date. Taking place throughout day and night, at Birmingham's legendary LAB11 venue, the 15-hour rave extravaganza is set to welcome some of the biggest and most respected names in dance this August.

Where: The Empire in Coventry

Meticulous Glaswegian DJ and producer, Denis Sulta will make his mark on this years city of culture, Coventry with one of his customary grandiose live performances at The Empire live music venue on Friday 27th August 2021.

Presented by MONO, one of the Midlands most trusted and admired event promotion collectives, Sulta will bring his own eclectic and diversified approach to selecting and mixing essential records live, showcasing the talents which have secured the 26-year-old residencies and slots at clubs the likes of DC-10, Sub Club, and the Berghain Panorama Bar in Berlin.

Support on the night comes from fellow Scot, La La, whose modern house music cuts have caught the attention of many highly regarded platforms and artists, the likes of Boiler Room.

Dexterous techno queen, Amelie Lens heads up the bill at one of Birmingham's finest inner-city clubs, The Mill on Saturday 10th July.

Supplying a soundtrack chock full of some of the heaviest-hitting, chest-rattling techno bangers known to man, the Belgian Electronic superstar and head honcho of Lenske imprint, will appear live with support from Beatport chart-topper, Manchester native Rudosa and pillar of the Birmingham techno scene, Andy Styler. 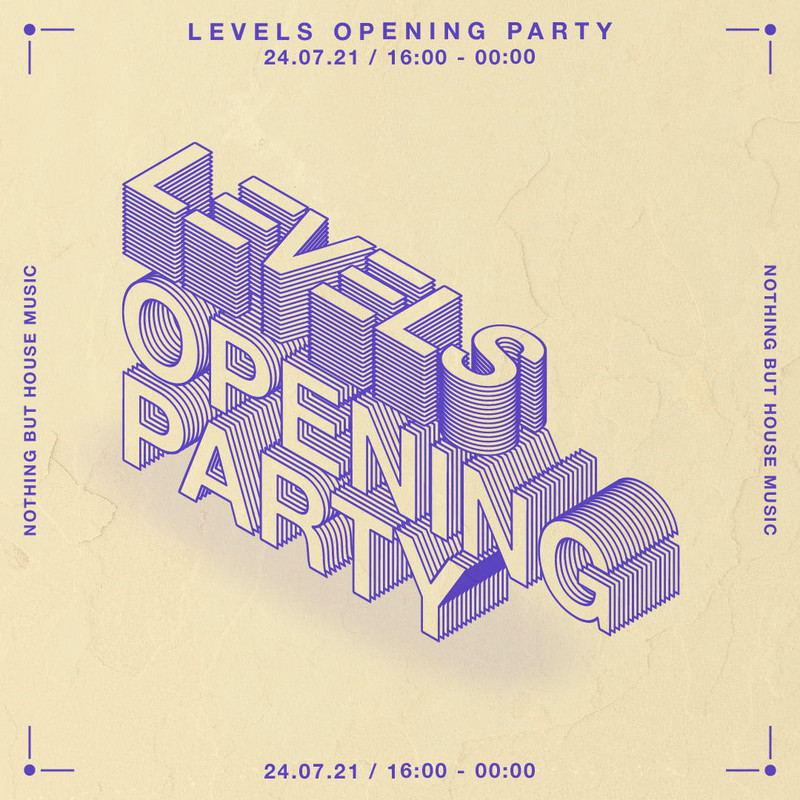 Announcing their first return party of the year, Birmingham dance event promoters, Levels are set to bring some of the best selectors in the house genre to one of the city's most iconic music venues, LAB11 this July.

Promising a comeback like no other, the all-day party will see revellers partying from 4 pm until midnight on Saturday 24th July, upon the brand new LAB11 Terrace, and in the venues main room.

Expect nothing but the best and most current house anthems and good vibes. Full lineup details are yet to be announced.

Taking over Birmingham's LAB11 music venue on Friday 2nd July, two of the city's most respected D'n'B event promoters, DNB Collective and Invaderz team up to celebrate the return of rave, providing the Birmingham bass loving contingent with an almighty night of earthmoving, breakbeat music.

Taking over the ones and twos throughout the evening, those in attendance can expect to hear the naughtiest tracks through the sickest of sound systems, from names such as DJ GUV with MC Skywalker, Voltage back-to-back with Hedex, G Dub with MC Trigga and IC3, and many, many more.

A huge rooftop and warehouse carnival is coming to The Mill warehouse complex and music venue in Digbeth this August - Haze Festival.

Primed and ready to bring a massive multi-genre party to the centre of the UK's second city, the team behind popular event brand Haze have already confirmed a long list of highly regarded dance music names, set to take the venue by storm on Sunday 22nd August.

More artists still yet to be announced over the coming weeks and months. Keep your eyes peeled.

Taking over three rooms at popular Birmingham rave space, LAB11 for what's being touted as the 'ultimate daytime party' this July, the knowledgable dance-loving team behind international event brand WYLD will bring the heat, with a bill of first-rate DJs ready to put a thumping Funktion One sound system to the test.

Dimmish, Wheats, PACH, Ryan Resso, Lindsey Matthews, Paradox City, Tim Taylor, Murphy's Law, Jamal Artman, Tom Nolan and more, will all set the tone and pace throughout the day and long into the night. In addition to some of the finest dance music from some of the best on the UK scene, punters can also expect the usual excessive decor and WYLD installations.

Find other top-drawer events happening where you are and around the rest of the UK, by heading to our What's On guide