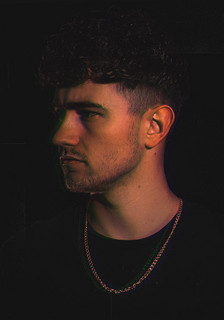 If you’ve stepped into any club over the last year, chances are you’ve heard a Wheats record playing. In a very short space of time, this exciting new artist has gone from bedroom producer and hometown club resident to beingsigned to being singed to Saved, Toolroom, Repopulate Mars, Sola & More, enjoying the support of DJs as varied as Solardo, Alan Fitzpatrick and Calvin Harris. From being inspired by his father - a dedicated vinyl collector and a former DJ himself - Wheats had an understanding and passion for the scene before he’d even stepped foot into a nightclub. By the age of 18, he’d successfully secured local gigs in his hometown of Portsmouth, gaining a residency at Love Amplified, to then being booked at the huge festival, Mutiny. It was actually here he met New York legend, Kerri Chandler. After listening to Wheats’ demos on the spot, Kerri went on to play two of his tracks in that very set - impressing him so much that Kerri went onto sign him to MadTech. Kerri Chandler still continues to support Wheats and they’ve built up a long-standing relationship since. He was spotted by Toolroom boss Mark Knight from a simple demo submission. As soon as the team heard it, they knew he was going to be a massive success. With tracks like “Kassia”, “Warrior Wall”and “Original Rebel” tearing up dancefloors all over the globe, Wheats continues to impress with every release, showcasing a truly playable big room sound that doesn’t just copy current trends. “His story is one of determination, hard work and drive. Every single one of his tracks goes off in my sets. He understands the job of these tracks and he just totally gets the label. 2019 is going to be his year”– Mark Knight From playing the likes of Elrow, to Studio 338, to Egg LDN, he’s got serious experience under his belt already and having only released music for two years, Wheats has built up a huge following with support from the likes of BBC Radio 1’s own Pete Tong, Calvin Harris, Kerri Chandler, Alan Fitzpatrick, Solardo, Nicole Moudaber and Yousef. His tracks are dominating clubs and festivals and he’s one of the most in-demand and talked about new producers on the scene... Make sure you keep your eyes and ears open for Wheats. It’s only the start of more to come...

Wheats has been mentioned in our news coverage

Here are the latest Wheats mixes uploaded to Soundcloud.

Do you promote/manage Wheats? Login to our free Promotion Centre to update these details.