"I DJed Kendal Calling this year. There was a kid on someone’s shoulders with a red smoke grenade - that was a first."

It's fair to say that, when it comes to screen debuts, few teenage actors have made such an impact as Tommy Turgoose did in This Is England (2007).

The Grimsby-born actor was just fifteen years old when he took on the role of Shaun Fields in Shane Meadows' dark depiction of Thatcher's Britain, and held his own amongst a cast of accomplished actors including Stephen Graham, Vicky McClure and Jack O'Connell (an oft-repeated tale of the film's casting process has it that Turgoose, who'd never acted before, drew the attention of Meadows when he demanded to be paid a fiver to attend auditions).

Following on from the success of the film and the equally successful spin-off TV series, Turgoose has gone on to act in multiple other titles, including The Scouting Book for Boys and Swimming with Men, to name a few.

"Ed Sheeran was cool. He's a really nice guy. We sat and spoke all day about partying"

The film, based on McGee's 2013 autobiography, has been written by Irvine Welsh (Trainspotting, Filth, Glue) and directed by Oscar-winner Danny Boyle (Slumdog Millionaire, 28 Days Later), and tells the story of how a 'written-off Glaswegian upstart' became a music mogul, signing some of the '90s most decade-defining acts, including Oasis, Primal Scream and My Bloody Valentine, to his infamous Creation label.

We recently caught up with Turgoose over the phone to discuss his latest role, his taste in music, and his prospering DJ career (also where he stands on the whole Gallagher/Capaldi thing). 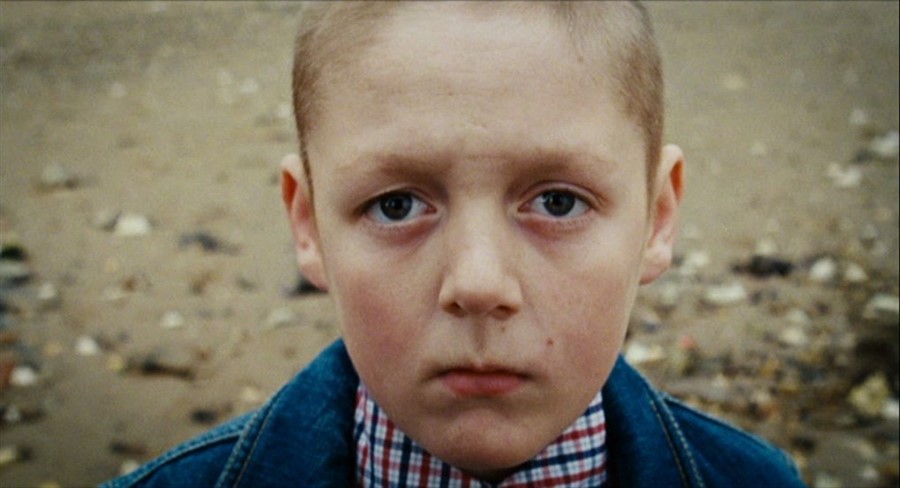 Hi Thomas. What are you doing at this very moment in time?

Thomas Turgoose: "I’ve just woken up from a little nap, which is awfully lazy as I woke up at 10:30am anyway. At this very moment in time, I’m folding up washing and watching Pineapple Express for about the millionth time. It’s a quality film."

Let's jump straight to it then... how did you become involved in Creation Stories?

TT: "I worked with Nick Moran, who’s an acting director in Creation Stories, on Avengement last year and he promised that we would work together again. Lo and behold, a year later he called me up and told me about this great script he was working with. He sent it over and I was straight on it. I’m a big fan of Nick and the cast in this film."

It's well-known that Alan McGee was the man who signed Oasis. Are you an Oasis fan? Do you have a favourite Oasis record?

TT: "Yes, it’s definitely what he’s well known for. I think people forget he found some other quality artists though, like Primal Scream. But Oasis, yes, I’m a big fan. It’s one of the reasons I wanted to get involved with the film. My favourite Oasis record would probably be Talk Tonight, the remastered version."

TT: "Lewis or Noel, erm… well I have been fortunate to see them both live. Lewis Capaldi’s shows are almost like a comedy gig, as well as a musical performance - he’s pretty funny. Noel Gallagher is very cool when he performs, too cool for school, brilliant performer. If I had to pick a favorite it would probably be Noel. He’s just cooler, isn’t he?"

You're widely known for your role in cult classic This Is England, but not many people know you also appeared in Game of Thrones, alongside Ed Sheeran, no less. Did you spend much time with him?

TT: "It’s nice for someone to recognise the other work I’ve been doing, it’s usually all This Is England. Working on Game Of Thrones, it was obviously a small part but when I got asked to do it I considered it a massive honour. I got to travel over to Belfast and do the costume fittings, see the sets and meet the cast. I’m a really big fan of the show so that was mint for me.

"Ed Sheeran was cool. He's a really nice guy. We sat and spoke all day about partying and having fun. We’ve actually got a lot of mutual friends. He’s mint, big fan of Ed."

There's a big emphasis on the musical eras in This Is England. Has being involved changed your musical taste?

Tt: "After filming I started to listen to a lot more ska and reggae which I’m now a big fan of. My dad has always been a music fan. He’s a big fan of Oasis, the Stone Roses, Happy Mondays, and bands like that. He’s definitely been a big influence on my musical taste, but yes, This Is England definitely affected what I listen to."

What are you currently listening to and do you have any recommendations for us?

Tt: "I literally can not stop listening to Gerry Cinnamon's Canter at the minute, that’s my favourite tune. I saw him at Kendal Calling Festival last weekend and he blew me away, he was quality. I’ve also been listening to The Sherlocks quite a lot, I’m a massive fan of theirs and they’re good mates of mine. Who else… Circa Waves, Tom Grennan, Lewis Capaldi… there’s a lot of great artists who are flying at the minute. We are very lucky to have access to all this great music these days."

We recently caught a bit of your live DJ set at this year’s Kendal Calling Festival. Are you a regular festival-goer? Do you have a favourite?

TT: "Kendal Calling is probably my favourite festival. I think there was some pyrotechnics in the crowd when I was playing this year. There was a kid on someone’s shoulders with a red smoke grenade - that was a first.

"I’ve done a few other festivals, like Tramlines and a festival in Coventry called Coombe Weekender. I was due to play at Boardmasters (since cancelled due to extreme weather). My liver is begging for a break but I need to get all these festivals in before I start having kids, don’t I?"

Do you have any festival stories you can share with us (keep it clean...ish)?

Tt: "I’m afraid that if I told you any of my festival stories, I may never work again. So, no. Go away. They are my secrets."

Creation Stories is expected to be released in 2020, although no official release date has been announced. You can catch Thomas Turgoose performing DJ sets across the UK this year.