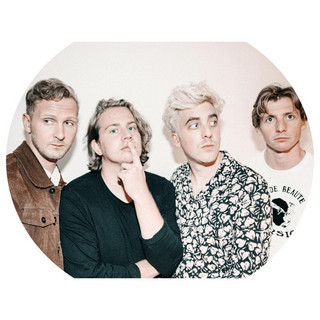 Circa Waves tickets and 2021 tour dates

Circa Waves is a 4-piece British indie rock band formed in Liverpool, UK in 2013. The band consists of Kieran Shudall (vocals, guitar), Sam Rourke (bass), Colin Jones (drums) and Joe Falconer (guitar). The band released a double-A side single late in 2013, featuring "Get Away" and "Good For Me" and an EP launch in mid 2014 (Young Chasers EP) on the Transgressive label.

The band's debut album,Young Chasers, was released on March 30, 2015 on the Virgin EMI label and was produced by Dan Grech. Harriet Gibsone in the Guardian described the album as having "traces of We Are Scientists, the Kooks, the Libertines and Razorlight". It features the title track from their 2014 Young Chasers EP, as well as the singles "T-Shirt Weather" and "Fossils".

Circa Waves has been mentioned in our news coverage

Coombe Weekender makes debut in 2019 with huge line up

Here are the latest Circa Waves mixes uploaded to Soundcloud.

Do you promote/manage Circa Waves? Login to our free Promotion Centre to update these details.