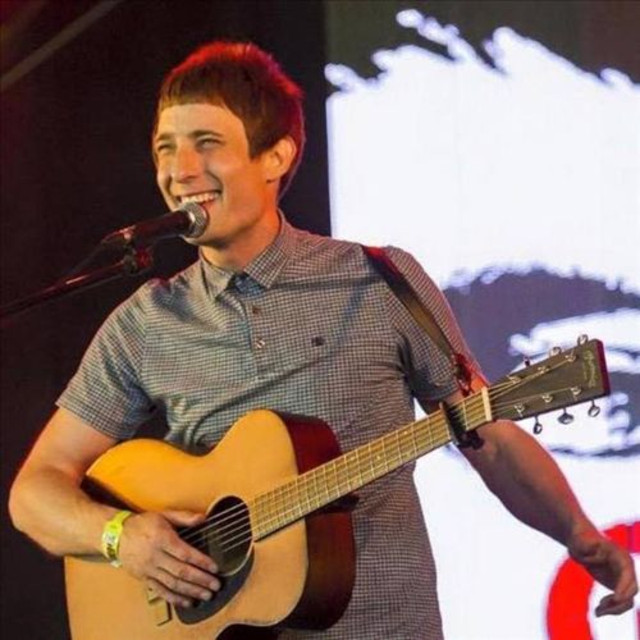 Gerry Cinnamon is a Scottish singer songwriter with a difference. His infamous live shows are a mixture of beat-up acoustic guitars, soulful harmonica and heartfelt vocals. Anthemic sing along tracks, laced with social commentary seem to capture the imagination of the crowd. With every track being different, it keeps the listener on their toes. Using loop pedal harmonies and pounding kick drums, Gerry makes a habit of whipping the audience into a frenzy which sees them leaving on a high and wanting more.

Tracks such as 'Kampfire Vampire' and 'Fickle Mcselfish' demonstrate his deft harmonica skills and the sincerity in his song-writing. The loop pedal and drum machines present a whole different dynamic. Gerry played King Tut's Summer Nights Festival in July last year selling out without even having released a record out, purely through word of mouth. He returned to the same venue in December for his own sell out headline gig.

His first record release 'Hope Over Fear' charted at number 5 for two weeks in the alternative itunes chart and saw him close the show at a rally in George Square attended by almost 15,000 people.

Gerry's latest single Kampfire Vampire was released in May this year followed by some pop up gigs across Scotland. Gerry then went on to hit the summer festivals with Eden and T in the Park being particular highlights. Gerry’s slot on the T Break Stage at T in the Park saw the tent at its busiest over the weekend with the whole crowd hanging onto every last note creating a memorable moment of the Summer.

Gerry has finished his first Scottish tour which consisted of half the dates selling out after the initial announcement. Gerry is now working away on his debut album due for release in March 2016, but before then he plans to finish the year with a sold out home town Glasgow gig in December. 2015 has been quite the year for this young Glaswegian.

Gerry Cinnamon has been mentioned in our news coverage

For The Record: Alex Moore, The Lathums, 'We want to make people happy'

Here are the latest Gerry Cinnamon mixes uploaded to Soundcloud.

Do you promote/manage Gerry Cinnamon? Login to our free Promotion Centre to update these details.