The summer has left us, winter is around the corner, and it’s well and truly the end of festival season. Or is it? Not according to Blackpool Rocks...

Saturday the 21st December will see a wide cross section of music royalty descend on the seaside town for one of the most hotly anticipated events happening this winter.

Fans of everything from hip hop to pop, rock to electro, will be thoroughly catered for at Blackpool’s Winter Gardens with a line-up of scintillating quality will create some glorious across the board aural entertainment.

Announced thus far (more are yet to be added) are number one album holders The 1975. 2013 has really been their year, storming the charts with ‘Chocolate’, ‘The City’ and ‘Sex’, gaining critical plaudits right across the board as well as extensive airplay from the mighty Radio One. Having played just about every major festival this summer, The 1975 have established themselves as a permanent fixture of pop culture in the UK, one of the most exciting things to have happened to alternative music for some time.

UK Bass Music Awards nominees Disclosure will be bringing their finely tuned pop meets bass music sound to Blackpool Rocks in the shape of one of their renowned DJ slots. Wretch 32 will also be putting in a headlining appearance with his own brand of grime, UK rap and bass music which has gained him a huge following.

All the ingredients are in place for an almighty party this coming winter, so expect an incredible day of music performed by some of the country’s most prominent artists.

Get your Blackpool Rocks tickets here

Join the Blackpool Rocks group for all the latest news.

One Out Festival to return for 2022 | Skiddle

Here is the next upcoming event At Winter Gardens, Blackpool 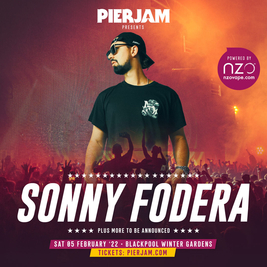