Line up details have finally been announced for Kendal Calling 2018, as it gears up to take over Lowther Deer Park once again this summer.

Heading up Kendal's Glow dance stage are Basement Jaxx, joined by the likes of Gorgon City, Idris Elba and Horse Meat Disco who will all head to the Lakes between Thursday 26th and Sunday 29th July. Be sure to check out the full Kendal Calling line up.

2018 will mark 13 years for Kendal Calling as one of the country's best family-friendly festivals. With the perfect blend of carefully considered music, gourmet street food and craft beer stalls, alongside an itinerary of children's activities to keep kids happy and help them to enjoy their own festival experience. As well as the consistently stellar lineup, Kendal is also known for it's spattering of secret sets and collaborations, all of which further adds to the magic.

Kendal Calling tickets are available from 10am on Thursday 8th February. Sign up to our Remind Me service for a free notification before they go on sale.

The Best Music Festivals in Australia 2023

Here are the next 4 upcoming events At Lowther Deer Park, Cumbria 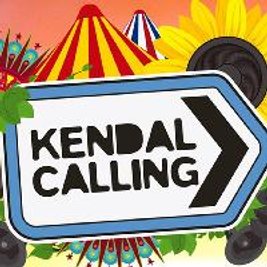