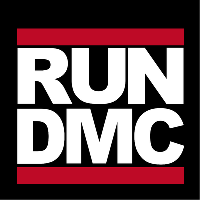 Run-D.M.C. was an influential hip hop group from Hollis, in the Queens borough of New York City. Founded by Joseph "DJ Run" Simmons, Darryl "D.M.C." McDaniels, and Jason "Jam-Master Jay" Mizell, the group is arguably the most important and influential act in the history of hip hop. They were the biggest act in hip-hop throughout the 1980s and is credited with breaking hip hop into mainstream music. In 2004, Rolling Stone ranked them number 48 in their list of the greatest musical artists of all time. In 2007, the trio was named Greatest Hip Hop Group of All Time by MTV.com They were also named Greatest Hip Hop Artist of All Time by VH1. They were inducted into the Rock and Roll Hall of Fame on April 4, 2009, the second hip-hop group to be inducted.

Run DMC has been mentioned in our news coverage

IMS Ibiza 2022: Highlights from the first day of the renowned industry event

Remaining Kendal Calling tickets on sale at 10am

Do you promote/manage Run DMC? Login to our free Promotion Centre to update these details.