A selection of the best new events to get excited about at the beginning of every week!

The fifth month of the year is already drawing to a close and as we quickly approach the peak of the summer season, the events continue to come in thick and fast with this week's New On Skiddle showing no let up!

We're getting a bit giddy here, thinking about all the parties being queued up on the Skiddle site. From the opening events of the 2022 Warehouse Project season at Manchester's gargantuan Depot at Mayfield venue and festivals the likes of Retro In The Park, set to feature performances from icons of the dance world, Basement Jaxx and David Morales, to a 'Royal Rave Up' with the Boombox Circus crew and a very special one-off appearance from rock n roll legend, Liam Gallagher at Cardiff Bay - there's an abundance of excellent live music spectacles to be found.

Continue reading below to find just a handful of the latest and greatest announcements on Skiddle and grab a ticket or two whilst you still can!

Last week saw the party-throwing experts behind Manchester's Warehouse Project taking to social media to announce the beginning of their always highly anticipated season of events. The 'Opening Sequence' of events, of which full details have just been disclosed, will feature some of the biggest names in house, techno, drum n bass, disco, hip hop and more.

Repercussion returns on Saturday 10th September for its second edition, beginning the forthcoming season, with the likes of Mr Scruff, Jamie xx, Little Simz, Fred again... and Jeff Mills all lined up to perform. Other names scheduled to appear over the four month period include Disclosure, Eric Prydz, Chase & Status, Andy C, Loco Dice , Seth Troxler and Nightmares On Wax to name but a few.

Make no mistake, tickets will sell out. Over one-hundred-thousand music fans signed up for tickets last year, ahead of the first show announcements. Click on the link below and sign up now or try your luck when tickets go live. Good luck!

Where: E1 in London

Details of XXL's debut London event at industrial rave space, E1 have recently been revealed. Are you sitting down?

Taking command of the venues hefty in-house sound system, techno specialists Cera Khin, Clara Cuve, Brutalismus 3000 and others will join headline act, Reiner Zonneveld on the bill, with each artist taking turns to turn the club completely on its head. For those who prefer music at around 140 BPM, we highly recommend getting a ticket for this one. 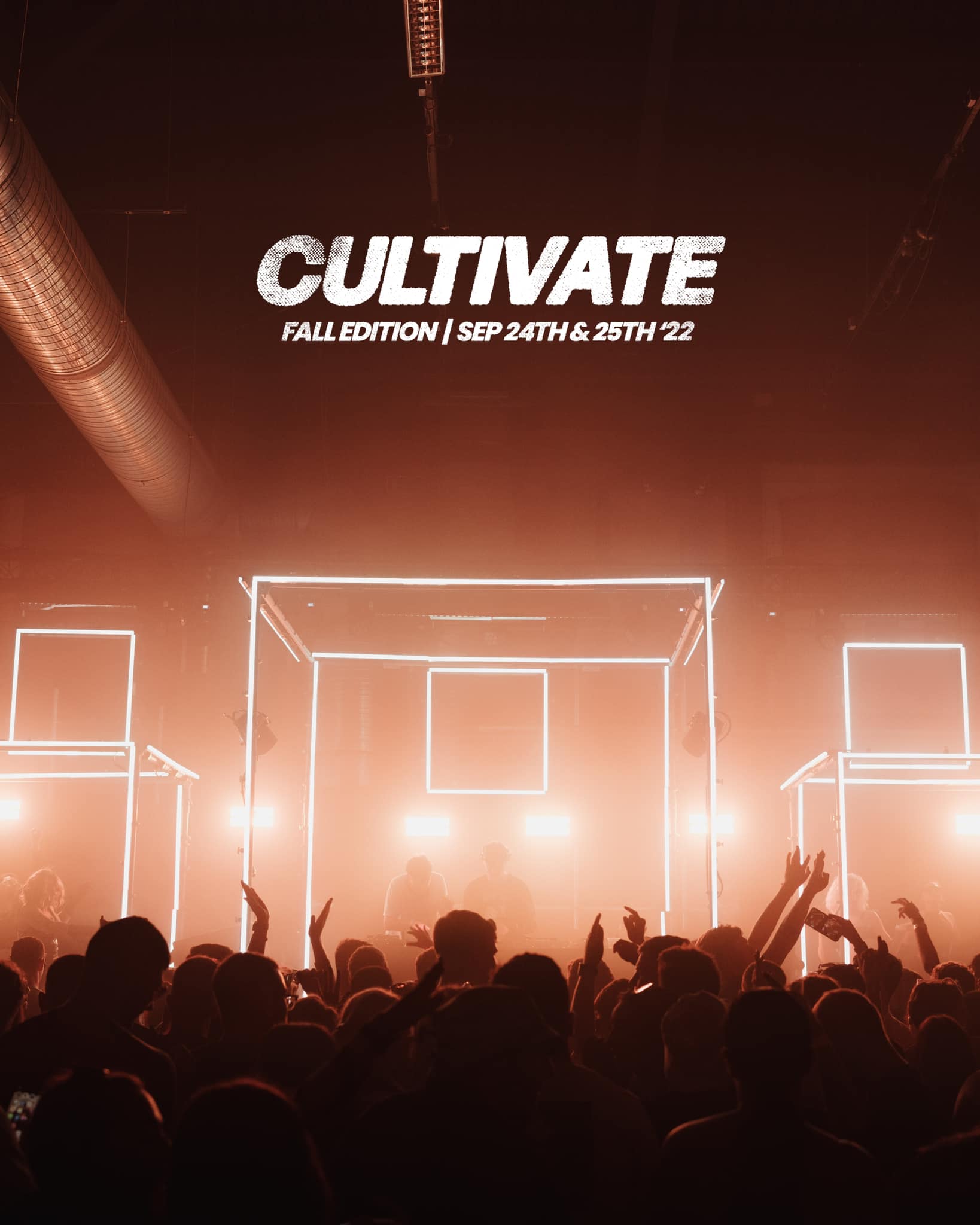 Where: TBA ABERDEEN in ABERDEEN

The North East’s biggest electronic music event is back in Aberdeen this September. Gearing up for another memorable two-day dance experience, Cultivate's Fall Edition will boast performances from some of the most respected names currently operating in the underground scene.

One hundred Early Bird tickets were recently made available to punters and also recently sold out. Not to worry, general release tickets have yet to be unleashed. Click or tap on the link below, sign up for a reminder and be one of the first to be notified when tickets are on sale.

Watch this space for more lineup details as they come...

Back In The Day presents Carnival De Disco with Howard Donald 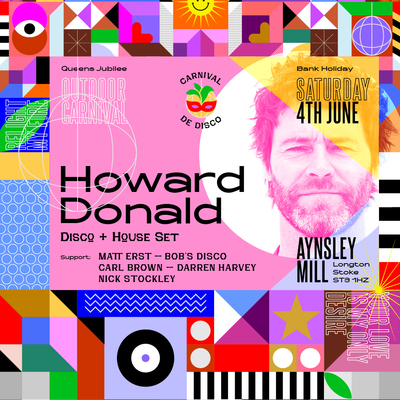 Where: Aynsley Mill in Longton, Stoke-on-Trent

Renowned dance promoters, Back In The Day have joined forces with Carnival De Disco for a very special summer soiree over the coming Platinum Jubilee Bank Holiday weekend.

The day-long event will see some of Stoke's finest providing a soundtrack chock full of the best in soul, funk, disco and more, much to the delight of dance floor enthusiasts. And what's more, Take That superstar Howard Donald will also be on hand to show off his skills behind the wheels of steel (don't be put off by his pop star status, Howard knows his way around the decks and has impeccable taste).

Tickets on the link below are selling fast. Get them while you can! 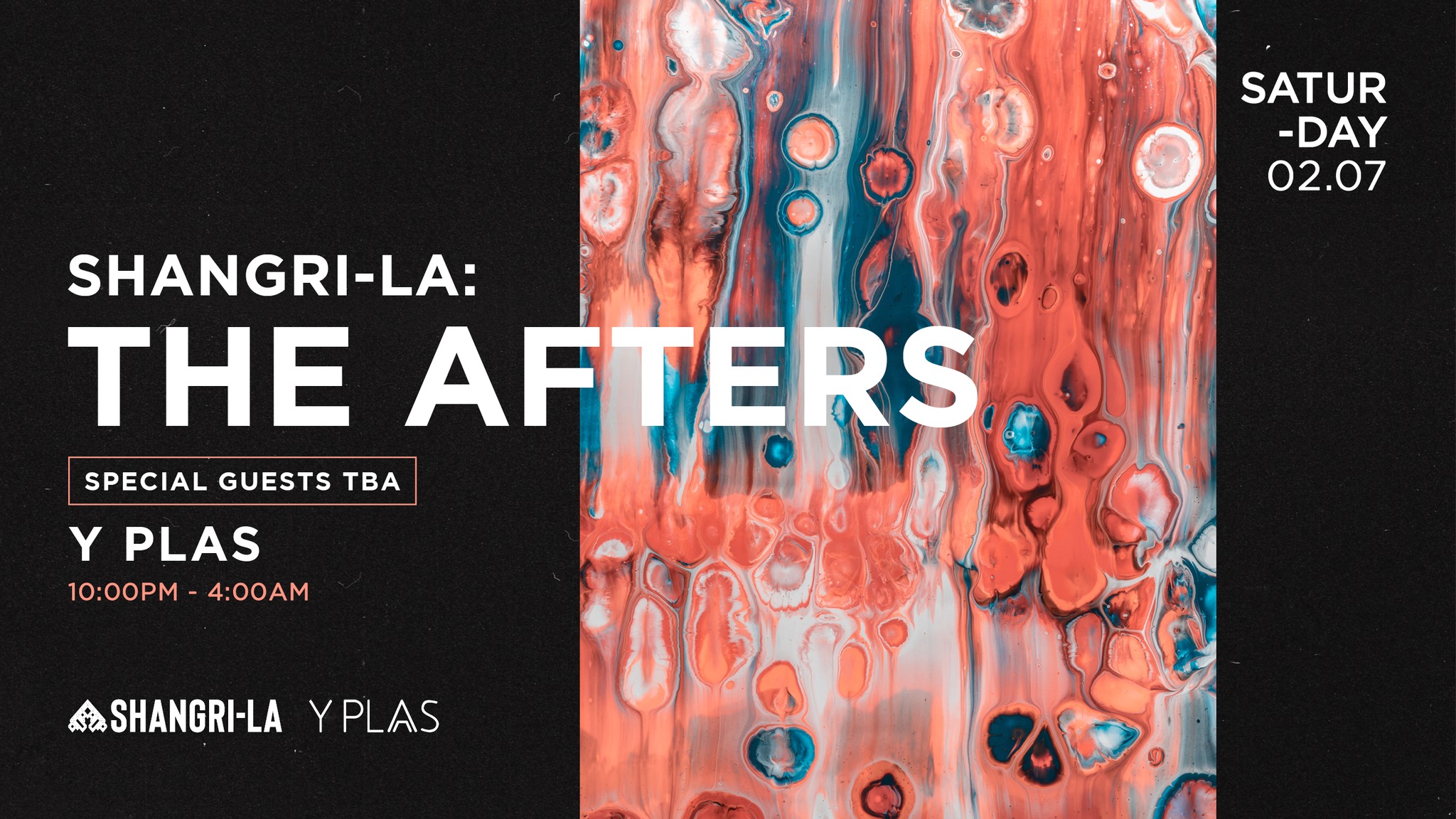 Where: Y Plas in Cardiff

Following on from what is set to be one of the most unique and frankly outrageous dance events in Wales this year, the Defected Records takeover of Cardiff Castle in partnership with Shangri-La, popular music venue Y Plas will once again throw open its doors for another epic after party on Saturday 2nd July.

Running from 10 pm until just before sunrise at 4 am, the club will see a score of yet-to-be-announced special guests lighting up the space. Lineup details for the post-midnight party have been shrouded in secrecy but if the main events offering is anything to go by - Gorgon City, Low Steppa, Sam Divine and more - its going to be pretty epic.

Retro In The Park Festival 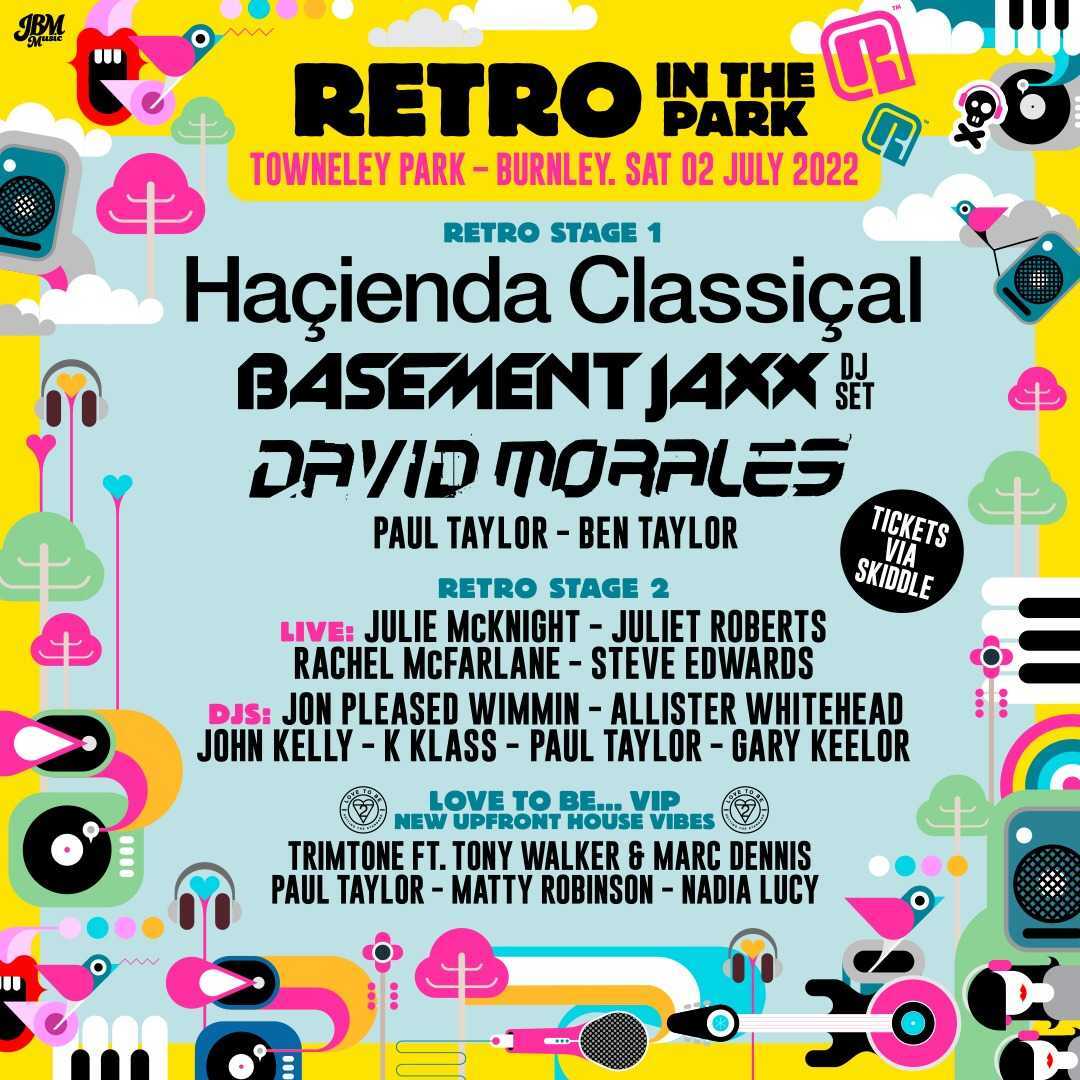 Take a trip back in time this July with Burnley's Retro In The Park and relive the heyday of Manchester clubbing institution, The Hacienda.

Join some of the biggest names of the clubs era, including 'Needin' U' producer and DJ legend, David Morales, Allister Whitehead, K-Klass as well as Basement Jaxx, Julie McKnight and the award-winning fifty-strong Hacienda Classical orchestra on the wide-open grounds of Towneley Park in the North West of England.

Rave through day and long into the night like it was 1988 this summer. Tickets on the link below...

Find tickets for Retro In The Park Festival - here 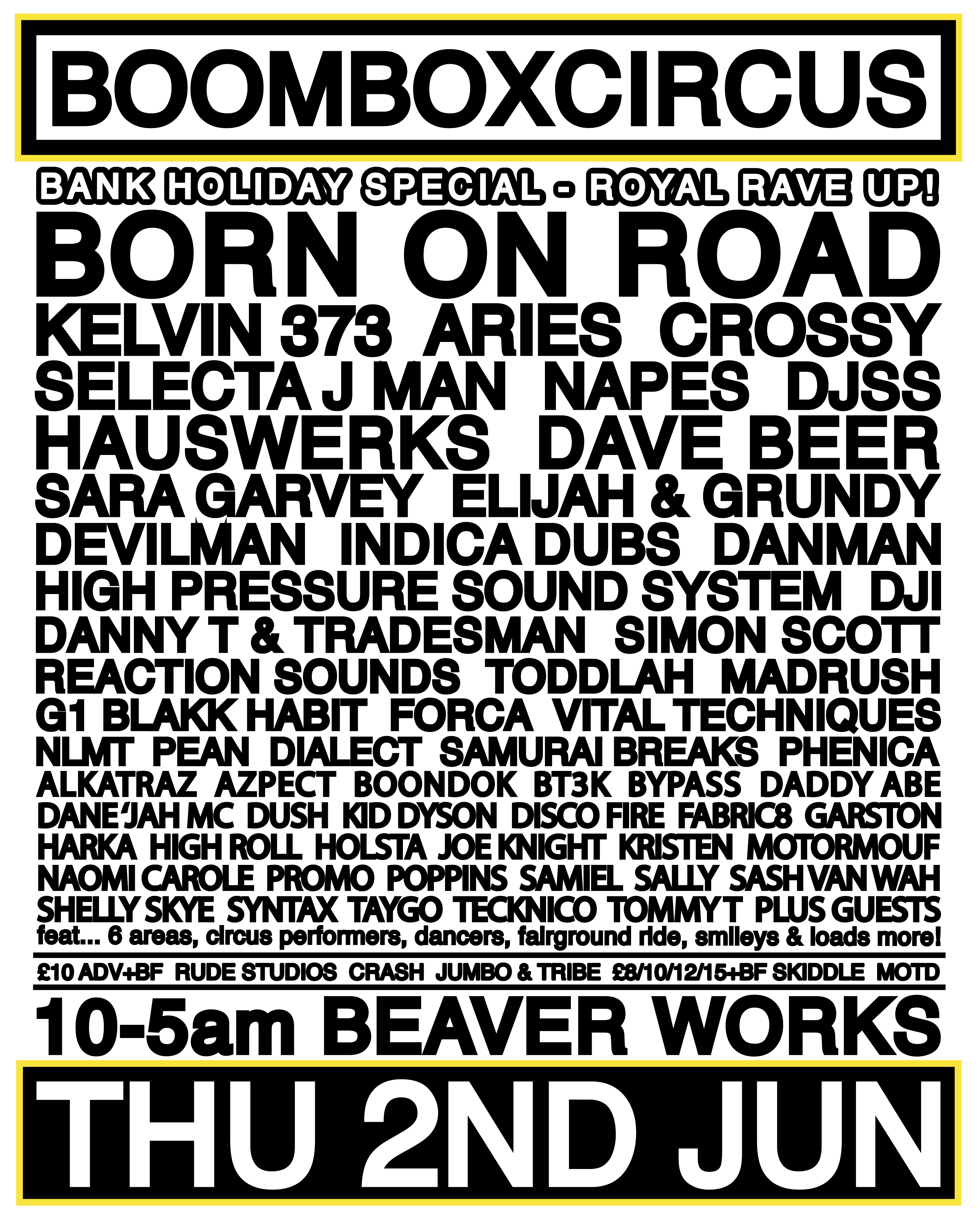 The festival-style, day-long occasion will feature six areas armed with the biggest and best production, with amazing decor, installations and mesmerising performers to boot.

In addition to a pretty damn serious lineup of dance talents spinning everything from acid house and disco to garage, jungle and soul, including the likes of Dave Beer, Kelvin 373 and Aries, punters can also expect to come across mouthwatering food offerings and a handful of white knuckle fairground rides. 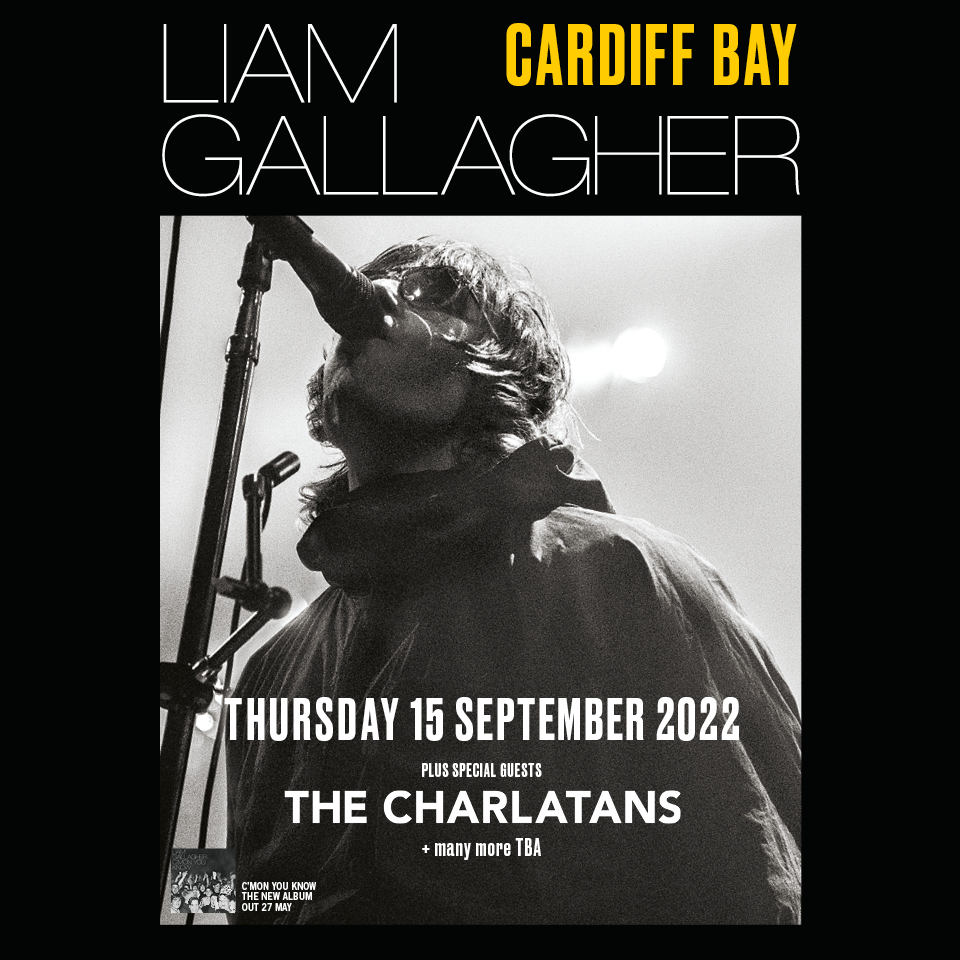 Where: Alexandra Head in Cardiff

The outspoken former frontman of arguably one of the biggest rock n roll bands of all time heads to the Welsh capital for a one-ff performance at Cardiff Bay this Autumn.

Supported by Tim Burgess fronted 90s favourites, The Charlatans, with other special guests still yet to be announced, Liam Gallagher will belt out a score of anthems from his solo repertoire. Those who come by tickets for this momentous live spectacle should expect to sing a long to records such as 'Wall of Glass', 'For What It's Worth' and recent singles, 'Everything's Electric' and 'Better Days'.

Tickets are guaranteed to sell out. C'mon you know. 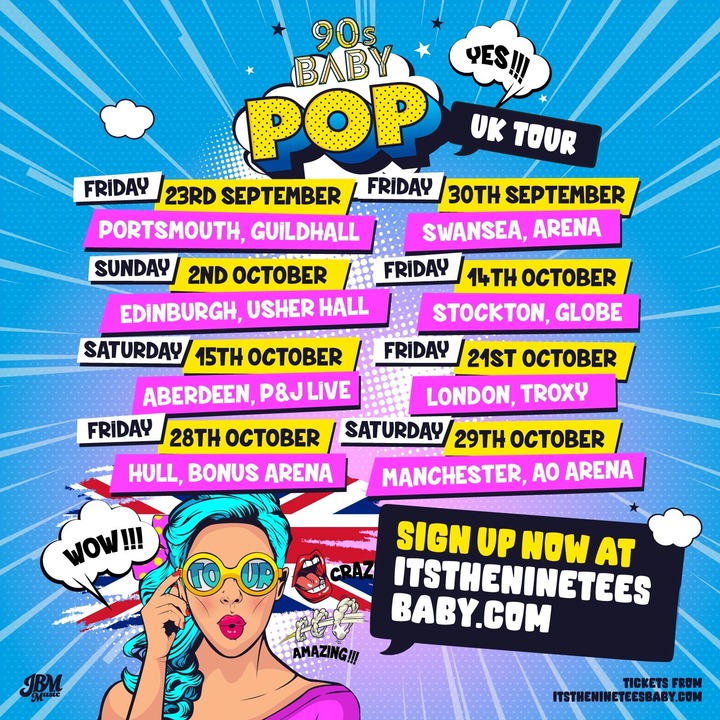 Where: Various venues around the UK

The UK's biggest pop show packs its bags and heads out on to the open road through the fall this year, taking in a total of eight dates across the British Isles.

Promising a pop music extravaganza the likes of no other, each show will deliver performances from a selection of iconic chart-topping artists and groups from the past three decades. So, if you're a die hard fan of pop music and you love nothing more than letting loose on the dance floor to the sounds of, for example, The Venga Boys, Steps or Aqua, here's the perfect touring show coming to a venue near you!

Tickets go on sale this Friday (27th May) at 9 am. Click the link below to sign up for a reminder.