Browse through some of the latest events on Skiddle and brighten your Monday by booking your next rave, gig or festival adventure today.

A varied mix of excellent live music experiences awaits you in this week's New On Skiddle roundup, and what better way to start the working week than by booking your next big rave or festival adventure!

Consider yourself something of a techno buff and yet never seen the main man, Carl Cox doing his thang live? Well, below you'll find the perfect opportunity to change that, as he takes over Wembley Stadium for one night this September. You'll also find gigs courtesy of Mercury-Prize nominated four-piece, Black Midi, and summertime shindigs from legendary disco revivalist, Brutus Gold.

Scroll down the page to discover many more top-drawer parties, and click on the event titles, artists or venue names for tickets and further details.

The well-informed heads at COGO have put together an almighty dance event, taking place in the English capital this autumn. Appearing at London's Electric Brixton for his one and only show in 2022, garage house producer and prolific remixer, James Hype will showcase his many talents in front of more than a thousand eager dance fans.

The globally renowned DJ came to fame back in 2017 with his crossover hit, ‘More Than Friends’ and has since gone on to issue a number of well-received bangers via the likes of Warner Music, Universal, Virgin, Insomniac and Sonny Fodera's Solotoko. Amassing over two hundred million streams worldwide and with platinum record sales under his belt, here's a selector at the peak of his game. 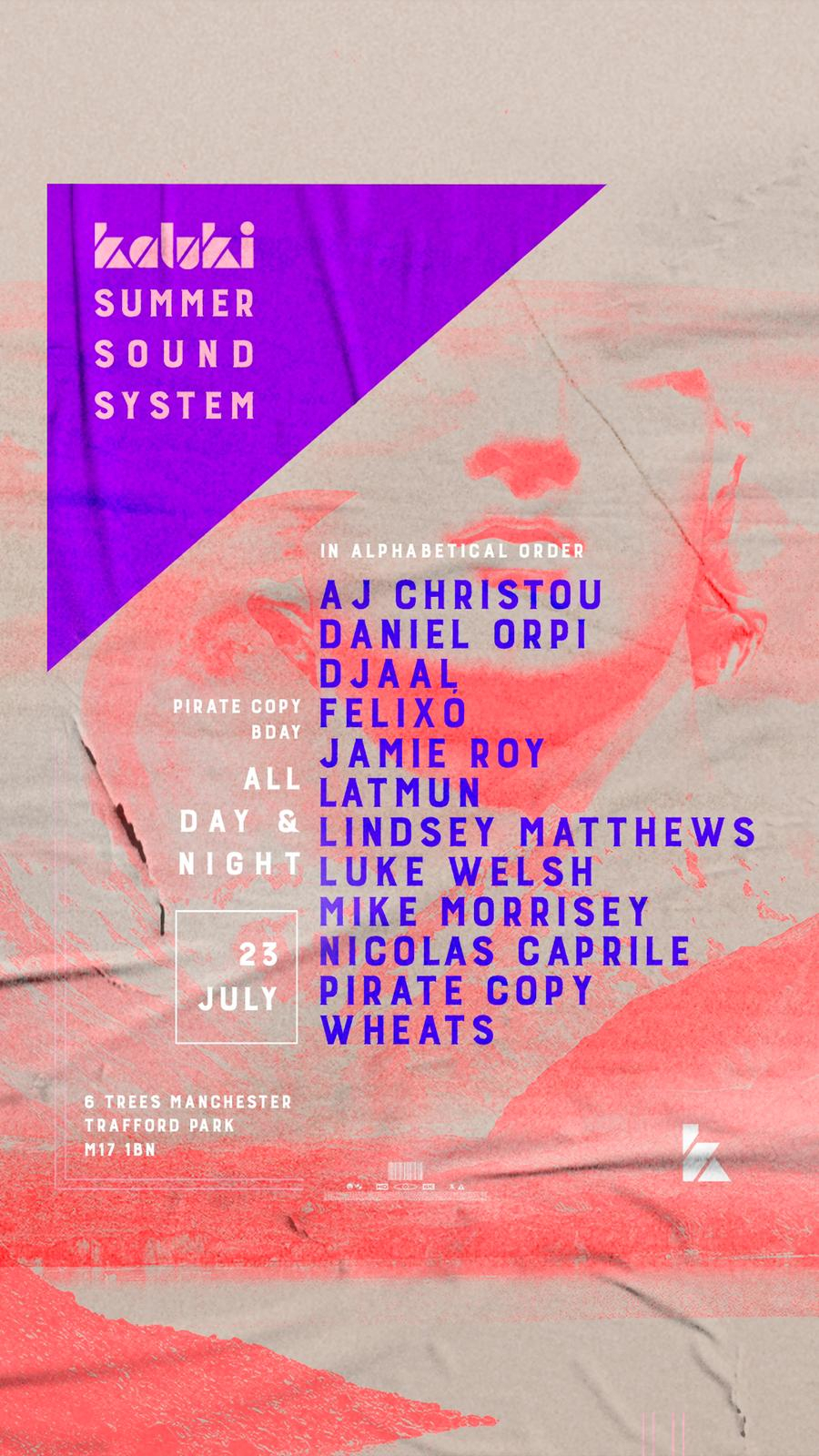 Where: Six Trees in Manchester

Spawned out of the basement of one of Manchester's most iconic clubbing destinations over a decade ago, Kaluki has become something of a mainstay within Northern England's dance music scene. A record label in addition to an esteemed events brand, Kaluki frequently throws some of the best parties you can find in Manchester and the surrounding towns and cities. And this summer sees no exceptions being made.

Coming to one of Manchester's latest outdoor venues, Six Trees, on Saturday 23rd July, Kaluki will present a two-part party - Day and Night - with artists performing for a combined total of more than sixteen hours. On the bill, ticket holders can expect to see house and techno names, Jamie Roy back-to-back with Pirate Copy, Lindsey Mathews, Wheats, Latmun and more. Follow the link below for more... 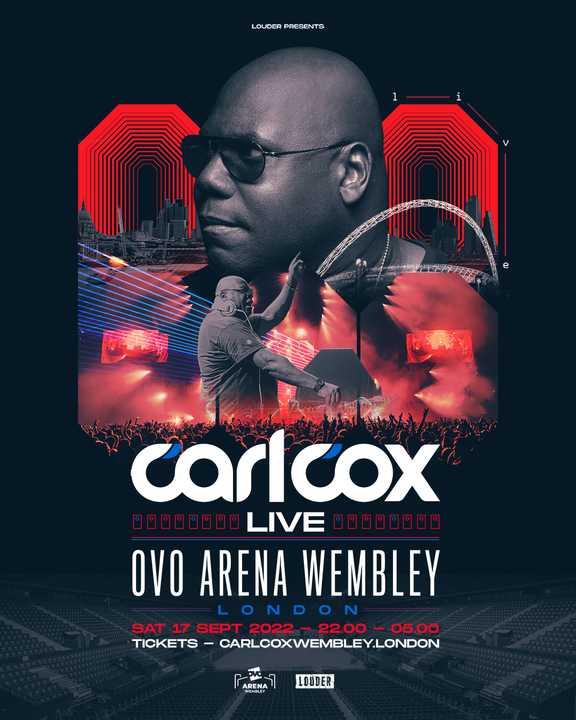 Where: OVO Arena Wembley in London

Titan of the techno world, Carl Cox has announced an enormous date to round off the 2022 summer season. Performing on Saturday 17th September from Europe's second-largest venue, home of the England football team, the OVO Wembley Arena, the charming dance music pioneer will rattle the very foundations of the colossal stadium with his customary blistering live set.

Don't miss out on your chance to witness history in the making this year, and ensure you're able to say "I was there", in years to come. Tickets are selling fast! Get yours now before it's too late! 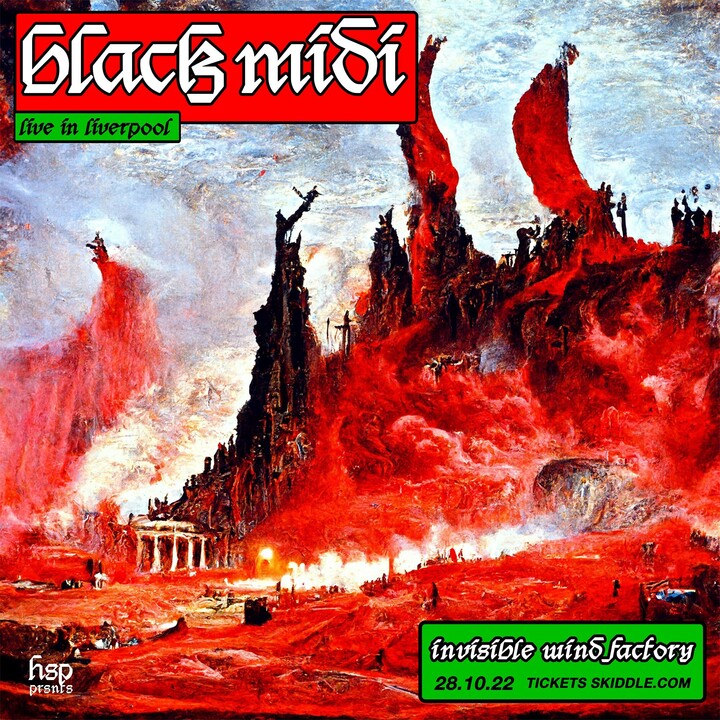 The band, who took their name from an obscure genre of Japanese music, met and formed at the UK's leading creative arts and performing academy, the BRIT School. Breaking onto the scene back in 2017 with their ferocious Jazz-infused noise-rock sound, the group quickly gained the attention of publishers and labels alike, penning a deal shortly after their first-ever gig with Dan Carey's Speedy Wunderground.

Five years on and Black Midi has issued two HUGE studio albums, 2019's Schlagenheim and 2021's Cavalcade, with a third record, Hellfire due out next month. They've toured venues around the globe, appeared at festivals the likes of Barcelona's Primavera, with an appearance also scheduled at Glastonbury 2022, and generally continue to push the boundaries of what a three-piece can create musically.

Be sure to experience this impressive live act in the flesh, if you find yourself in Liverpool this October. You won't be disappointed.

Where: The Foundry in Torquay

The South West's biggest alternative music festival returns to the English Riviera, Torquay this September for another all-out weekend of rock and metal.

Regularly delivering the head-banging, horn-throwing contingent with performances from some of the finest and most esteemed acts on the scene, Burn It Down has gained quite the following with festival-goers choosing to travel from all corners of the nation to experience the hype.

Its stunning coastline location, lined with towering palm trees and golden sands, makes it one of the most unique spots for a music event in Britain, with attendees able to roll a holiday and a music festival all into one. In between watching the world-class acts confirmed to perform during the course of the event - including but not limited to Deaf Havana, Trash Boat, Vukovi and Tigercub - sun yourself on the beaches and take in the seaside resort.

Follow the link below for even more details about the event and the ensuing after-parties.

Find tickets for Burn It Down Festival - here 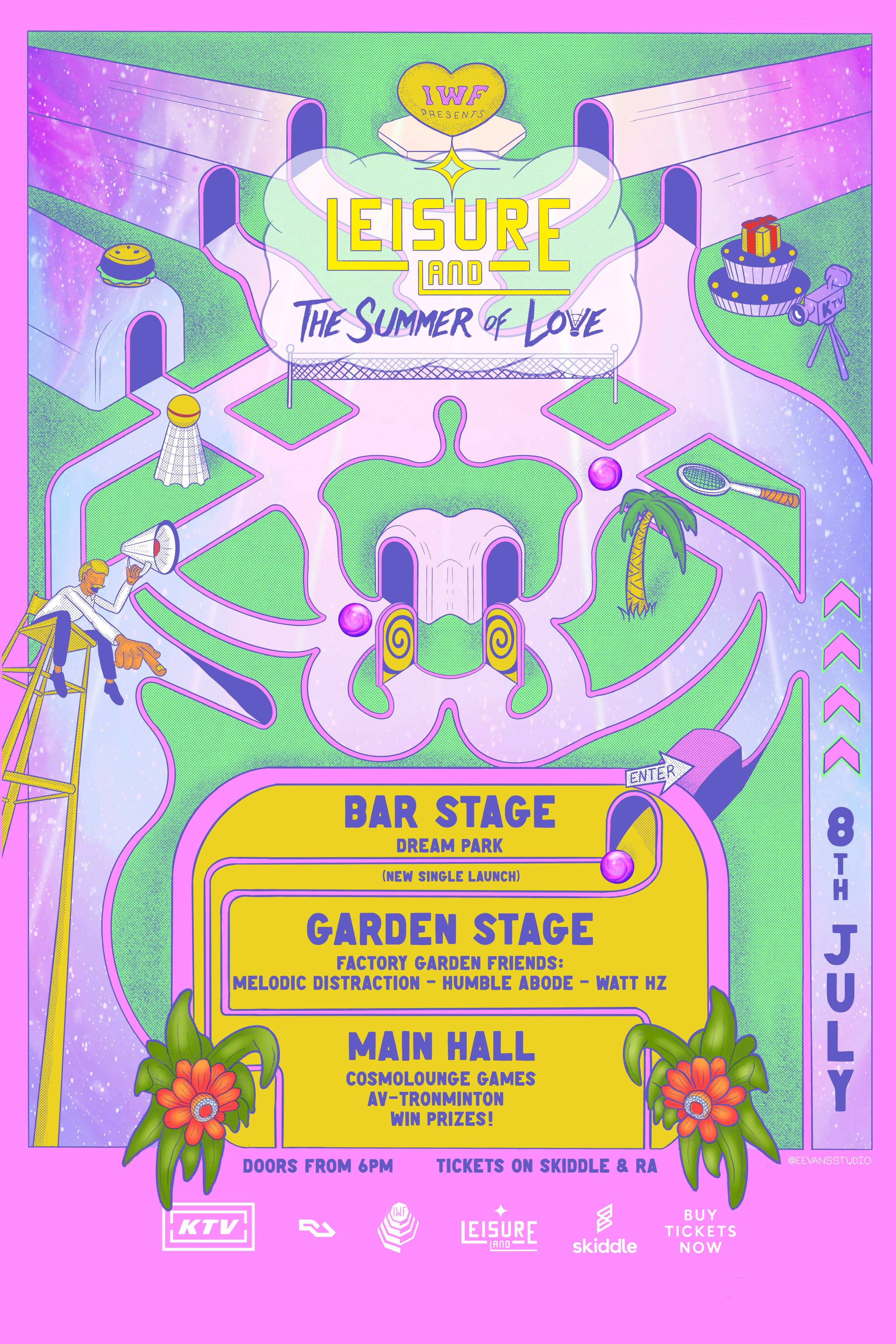 Combine immersive audio-visual technology with some of your favourite, old-school arcade games, add a few live performances from an array of sought-after bands and DJs and what do you get? The Invisible Wind Factory's second edition of Leisure Land - The Summer of Love.

Round up your mates, get yourselves down to the Liverpool-based independent music venue on Friday 8th July, and get involved with the many games running throughout the course of the event. Shoot stars into black holes and aim for the top of the leader board in 'Shooting Stars', play badminton as you never have before in BadminTRON, a unique take on the 1980s arcade classic, and win prizes all the while!

Nostalgia-pop duo, Dreampark will be on soundtrack duties, launching their new single ‘Fairyland’ on the Bar Stage, with DJs from Melodic Distraction, Humble Abode and Watt Hz bringing the summer party vibes to the Factory Garden Stage.

The legendary conguero, and talented trombone player, is widely recognised as one of the best behind the Conga drum. He's so good in fact, that he's had his world-class talents sought out by the likes of jazz icon, Hugh Masekela, the Jazz Jamaica All-Stars, made up of superstars such as Gary Crosby, Denys Baptiste and the Mercury-nominated Soweto Kinch, and the UK Umbrella Jazz Organisation.

Witness a collection of ‘all-star’ Cuban musicians paying their own unique tribute to the critically-acclaimed, landmark album this September. Tickets are on the link below. 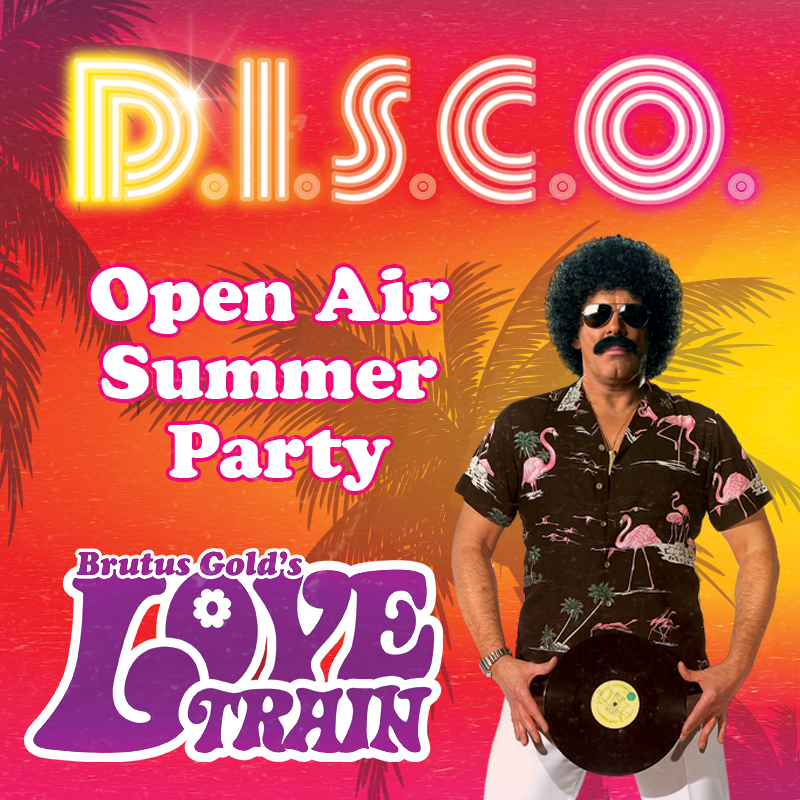 Where: Millennium Square in Leeds

All aboard Brutus Gold's Love Train! The popular Teeside-hailing, kitsch disco revivalist will pull into Leeds' Millenium Square at the end of July, supplying glitter-ball freaks with four hours of the cheesiest, funkiest, and most dance-worthy disco pearlers known to man.

Punters on the day should fully expect an A-Z soundtrack of classics, stocked with hits from icons Abba and The Average White Band to Boney M, the Bee Gees, KC & The Sunshine Band, Kool And The Gang, Sister Sledge, Sylvester and many more!

The 'Love Train' show, which was first brought to life over thirty years ago, continues to capture the imagination of music fans decades later. Featuring a cast of eccentric characters donning a miscellany of authentic costumes, complemented by flamboyant wigs and unconvincing moustaches, this event is always a hit, offering the perfect evening out for groups, parties and celebrations alike.