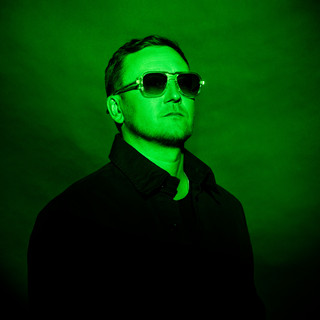 With over fifteen years within the industry, Manchester born and based Pirate Copy chooses a DIY approach when it comes to making, raw, innovative house music. Lee Spence has won over the ears of thousands of house and techno enthusiasts across the world. His organic and likeable persona have been a catalyst in his successful journey so far, with him becoming one of the most in-demand tech house artists currently on the scene.

His well rounded productions have led to a trademark sound that is recognised globally. Whether it’s an original track or a remmis, Pirate Copy carefully crafts every melody, bassline, sample and beat, resulting in some of the most solid productions in the business. With such a high quality of production, his tracks have been picked up by some huge names from Patrick Topping, Richy Ahmed and Solardo, to Matthias Tanzmann, Pete Tong and many more.

Boasting a deep, rolling tech vibe with an underlying groove, the sound that Pirate Copy produces is distinctive and memorable, something that has resulted in performances worldwide. Performing at some of the biggest and most recognised events in music such as Fabric London, elrow Barcelona, The BPM Festival (Mexico & Portugal), The Warehouse Project, Parklife Festival, We Are FSTVL, Space Ibiza, Forbidden Forest, Canal Mills and many more.

His productions haven’t gone unnoticed, earning a string of releases on labels such as elrow Music, Material and Sola. However his latest HQ, Kaluki Musik, has proved to to be the perfect hub for Pirate Copy releases, notching up several top ten’s on Beatport’s Tech House Top 100 to date.

Pirate Copy has been mentioned in our news coverage

Kaluki return to Manchester with an 18 hour day & night party!

Below is a sample playlists for Pirate Copy taken from spotify.

Do you promote/manage Pirate Copy? Login to our free Promotion Centre to update these details.