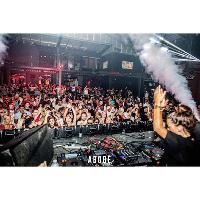 Lindsey Matthews is known for her breaks and impeccable basslines throughout her unique live sets. Self taught from the small city of Swansea. She has quickly risen to the House scene with her unmistakable drops.

Music has always been a huge part of her life since a young age, which has now progressed into her talented skills behind the decks.

Within the short space of a year Lindsey has gained residencies from her unique style and powerful impact on the crowd. After less than a year of Djing lindsey has found herself playing for some of the well known clubs in Ibiza and London. Her popularity flourished and things developed to the next level.

Lindsey Matthews (ABODE) hasn't been mentioned in our news coverage

Do you promote/manage Lindsey Matthews (ABODE)? Login to our free Promotion Centre to update these details.