Coronavirus update: View cancelled events here
» News and Features » Days Out With Skiddle: The best experiences and attractions in the UK

From laugh-a-minute, stand-up comedy shows to unique Halloween parties in haunted mansions, magical themed brunch events and so much more - Check out this week's Days Out With Skiddle and book your next adventure today!

The weather certainly recieved the memo that autumn has now arrived, with temperatures falling sharply over the past week. Heating systems across the land have been heard kick-starting for the first time in months, as the season of outdoor events comes to a close. It's finally time to start moving back indoors, or under some form of shelter from the forthcoming rain, to experience some of the best lifestyle events and attractions ur four nations have to offer. And good news! There's plenty to go at!

Just take a quick look over some of the exciting parties, gatherings and happenings set to fill us with joy over the coming weeks and months, listed below. Whether it's a day out with the kids, a themed brunch or Halloween event with your squad or a comedy show from some of the UK's funniest men and women - We've got it all, right here.

Scroll down, see what sparks your intrigue and follow the links provided for tickets and more. Hurry! Tickets are in high demand! 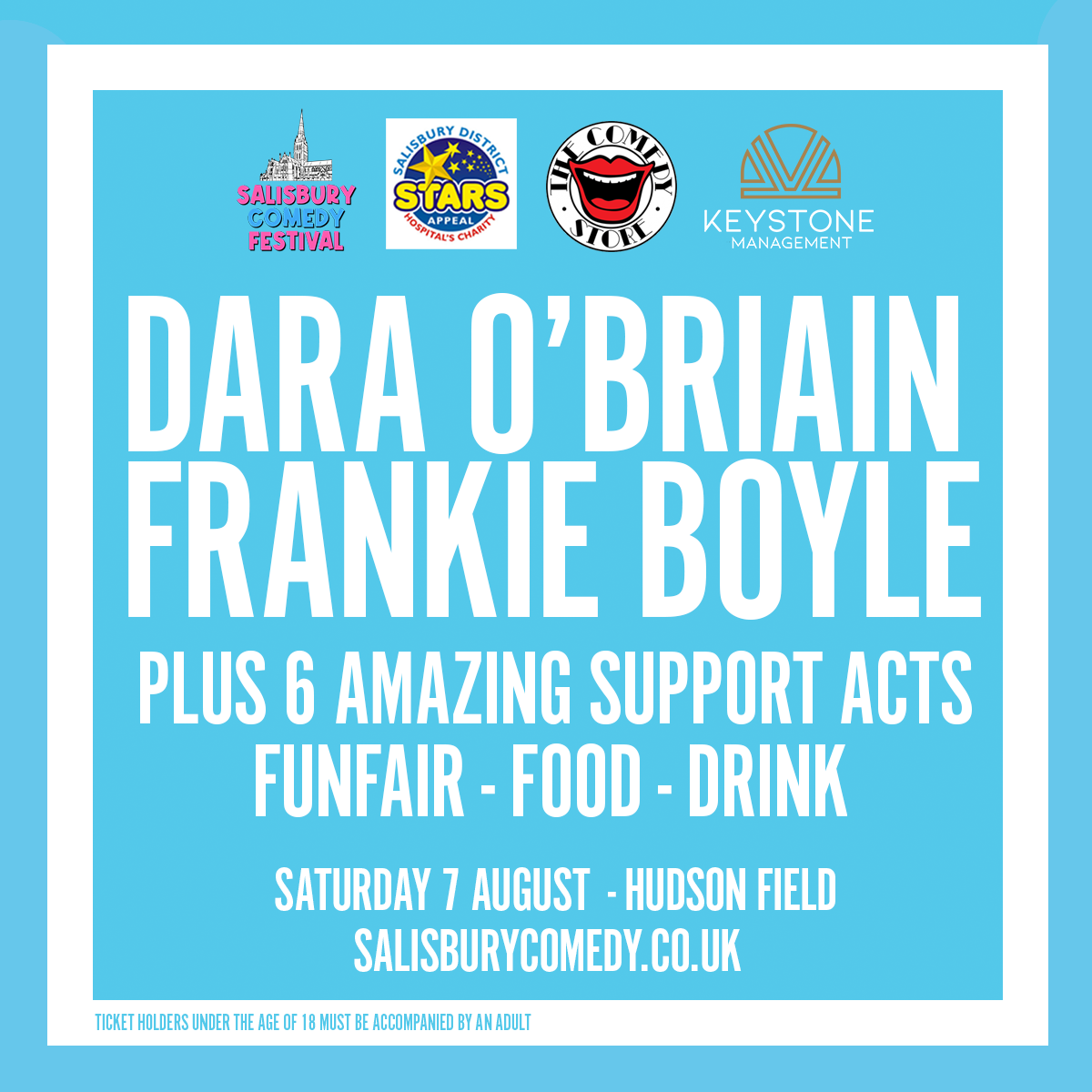 Where: Hudson's Field in Salisbury

A brand new festival of laughs is heading to Salisbury in the Southwest of England next summer.

The event, which is scheduled to return on an annual basis from 2022 onwards, will boast performances from a host of top bill comedy names, the likes of controversial Scotsman, Frankie Boyle, Mock The Week presenter, Dara O'Brian, Sean Walsh, Welsh comedian, Kiri Pritchard-Mclean and many more.

In addition to a first-rate lineup of performers, the festival will also provide those with tickets with a broad range of alternative entertainment options - from white knuckle funfair attractions to mouthwatering food and drink stalls.

Profits raised from the one-day event next July will be donated to the Salisbury Hospital Stars Appeal. 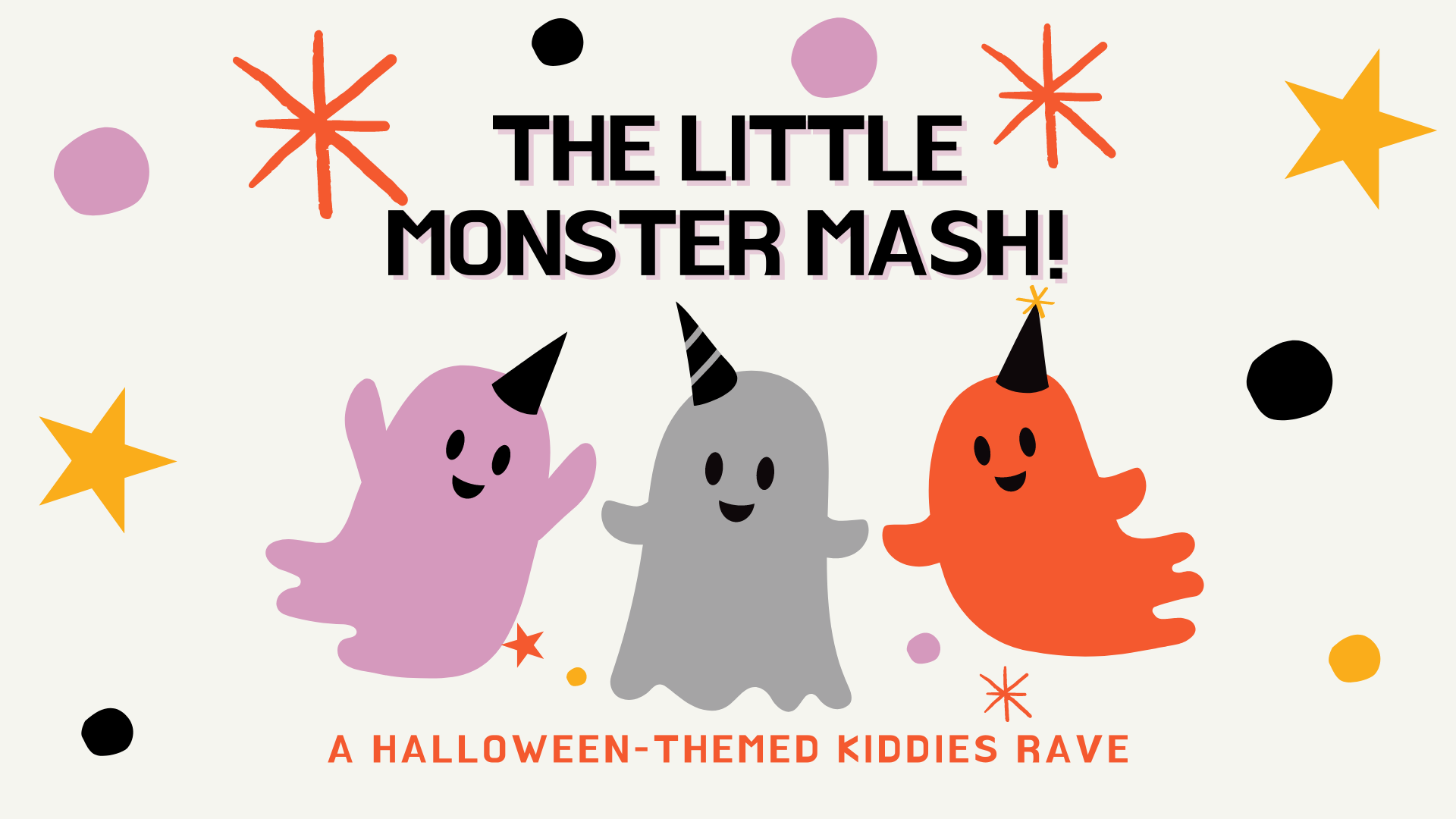 Where: Uppermill Civic Hall in Oldham

Get dressed up with your little ones in your spookiest Halloween attire and head to the Uppermill Civic Hall in Oldham, just outside of Manchester, for a bewitching Halloween-themed Kiddies rave.

Dance along to a haunting DJ set of some of the creepiest records around, discover devilish delights and get involved with numerous Halloween themed games. Little terrors can also have their faces painted in special UV paint, which glows under the amazing lighting on the massive dancefloor.

A real treat for your mini demons and ghouls this Halloween. Tickets are now on sale below...

A Halloween classic that everyone must watch at least once a year when All Hallows Eve arrives, Disney's Hocus Pocus is set to be screened at countless Drive-In venues across the UK in the lead up to, and on the day of, Halloween.

The cult classic, PG-friendly comedy follows a trio of wicked witches (portrayed by Bette Midler, Sarah Jessica Parker and Kathy Najimy) who are accidentally brought back to life by a teenage boy, Max Dennison (played by Omri Katz) in Salem, Massachusetts, on the night of Halloween. Max and his friends must steal the witches book of spells to stop them from becoming immortal, and break the enchantment placed on their parents before it's too late.

There are multiple live screenings at venues around the country to choose from. Click or tap on the link below to find your nearest Drie-In destination.

Where: The Warehouse Severn Social And Social Street Kitchen in Shrewsbury

Riding on the resounding success of their inaugural August edition, brand new street food festival event, Hank Marvin has recently announced plans to take over another fresh venue, this time in the centre of Shrewsbury, for a two-day, taste-bud tickling extravaganza.

Setting up shop in the warehouse at the back of the Severn Social / Social Street Kitchen, the event will again showcase ten of the best street food vendors that Shropshire and the surrounding towns and cities have to offer. In addition to the many gastronomic delights available, punters can also expect a fully stocked cocktail bar, a string of live music performances and much more.

Day tickets for both Saturday and Sunday are now on sale. Don't miss out! 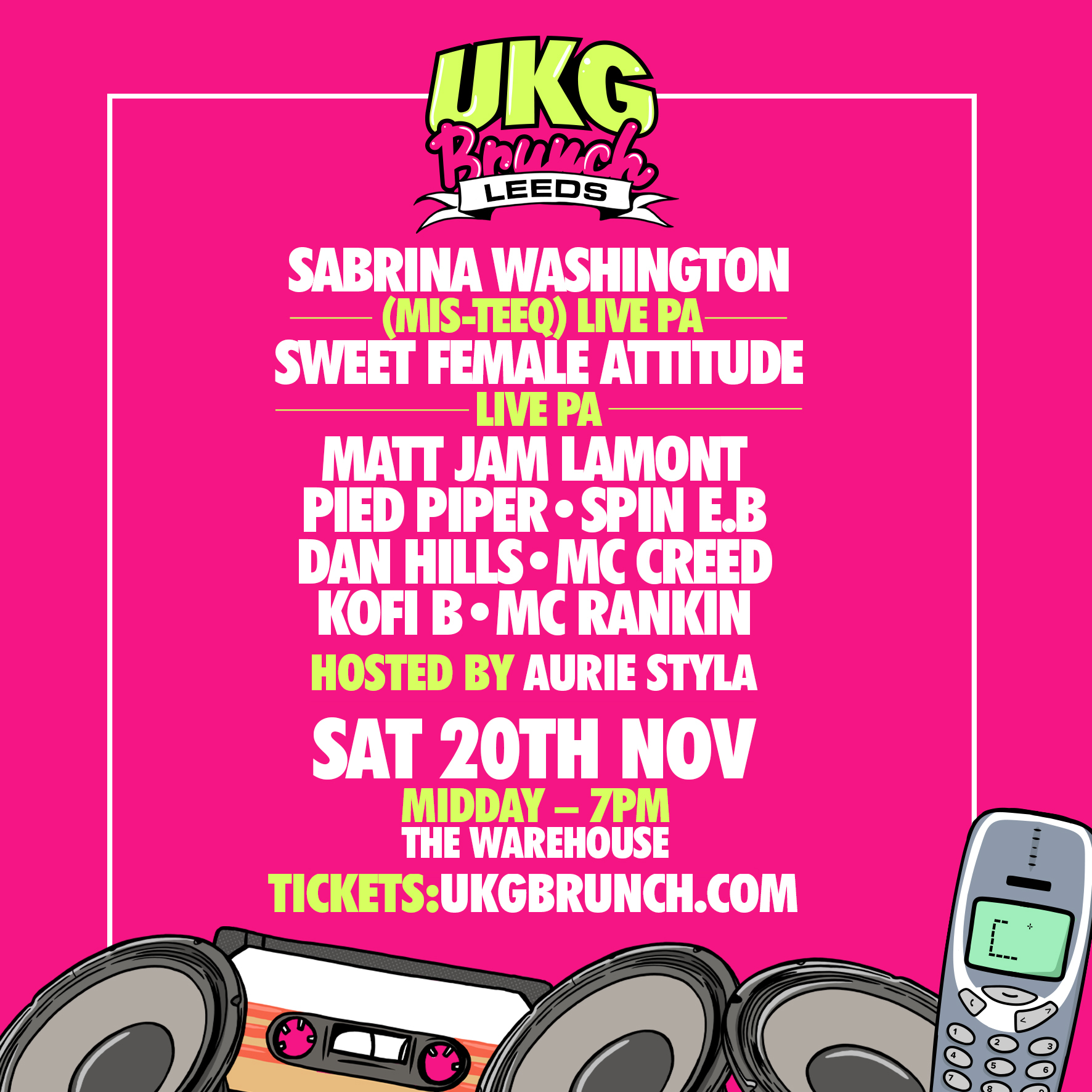 Where: The Warehouse in Leeds

Another tasty looking event to get your chops around accompanied by a soundtrack of some of the best cuts in UK garage - The UKG Brunch is set for a BIG one in Leeds this November.

That's right, notoriously known as the rowdiest brunch event in the land, UKG Brunch will land at The Warehouse in Leeds on Saturday 20th November 2021, bringing with it a fusion of the finest things in life - An appetising choice of delectable brunch options, massive anthems from the best UKG DJs and MCs, and a plethora of hefty rum-based cocktails, for good measure.

Veggie and vegan options are available upon request. Bottomless brunch and cocktails will be served from 12:30 pm onwards. See you there? 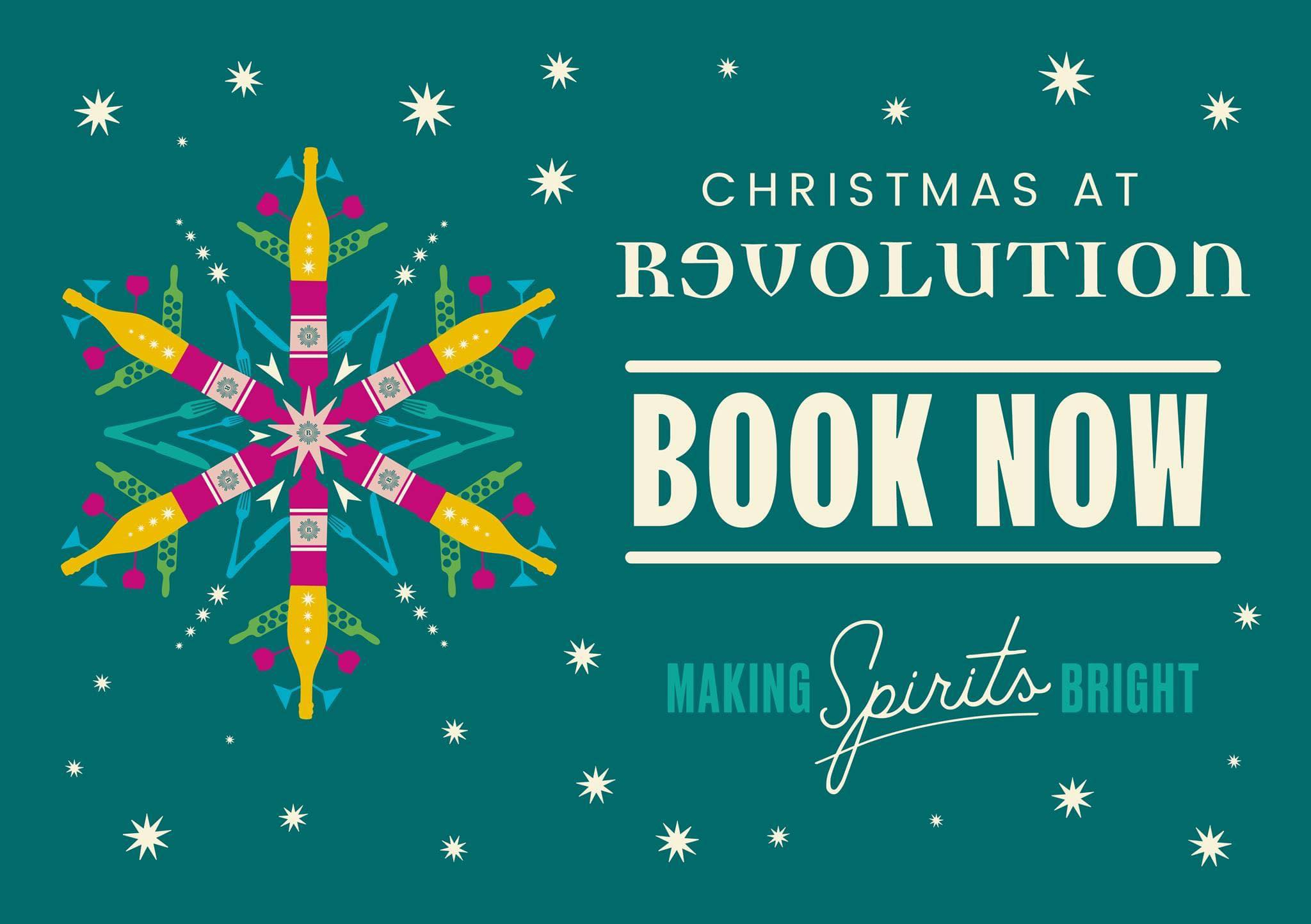 Take your Christmas spirit and excitement to the next level over the coming festive period, and experience a brunch event like no other at Revolution Inverness.

The Disney Christmas Brunch event will bring together the magic of your favourite Disney Christmas films and a feast of festive treats, included on Revolutions amazing Festive Brunch Menu. Expect to see all the best yuletide Disney films - from A Muppet's Christmas Carol to The Santa Clause - and play along with games based upon some of the most familiar Disney characters.

Christmas without Disney just wouldn't be the same. The two go hand-in-hand. So, be sure to celebrate both in a stereotypically magical Disney way and make this Christmas an unforgettable one.

Where: Old Fire Station in Carlisle

Comedian, actor and TEZ Talk presenter, Tez Ilyas heads up north this November, bringing his 'Populist' stand-up show to the people of Carlisle.

The multi-talented creative, who's best known for his role as 'Eight' in the award-winning BBC Three comedy series, Man Like Mobeen, will showcase his customary goofball set, laced with smart and subversive anecdotes, setting ordinary people against the ruling establishment.

An evening set to be filled from start to finish with bellyaching laughter, groans and moans. 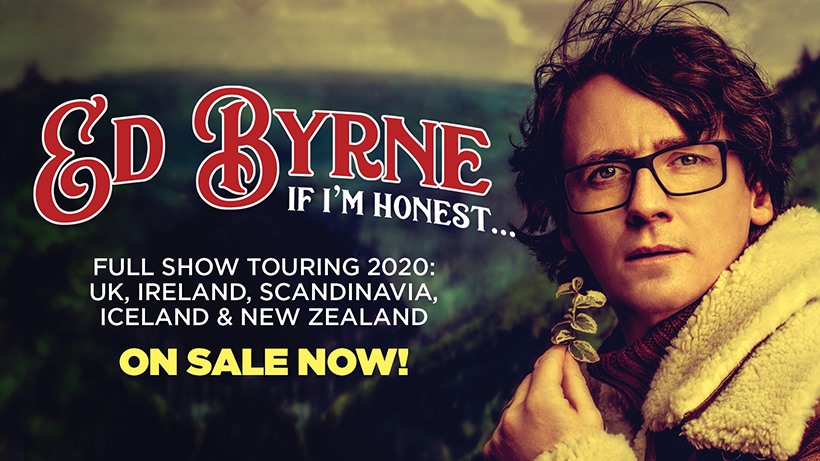 Because we're all still in need of a good laugh, following the past eighteen months we've had to endure, we've decided to add yet another tip-top comedy show to this week's Days Out With Skiddle, from one of Britains funniest entertainers - Ed Byrne.

Familiar to many from his appearances on rated TV shows the likes of Mock The Week, Live at the Apollo, QI and more, the Irishman is currently out on the road, delivering an autumn extension of his rescheduled tour, If I'm Honest to huge audiences across the UK.

Arriving at the Southport Comedy Festival on Thursday 14th October, watch Byrne as he takes a long hard look at himself and tries to decide whether he possesses any traits worth passing on to his children.

Don't miss your chance to catch this widely acclaimed show from a master of observational comedy. Tickets are selling fast - Get yours now below... 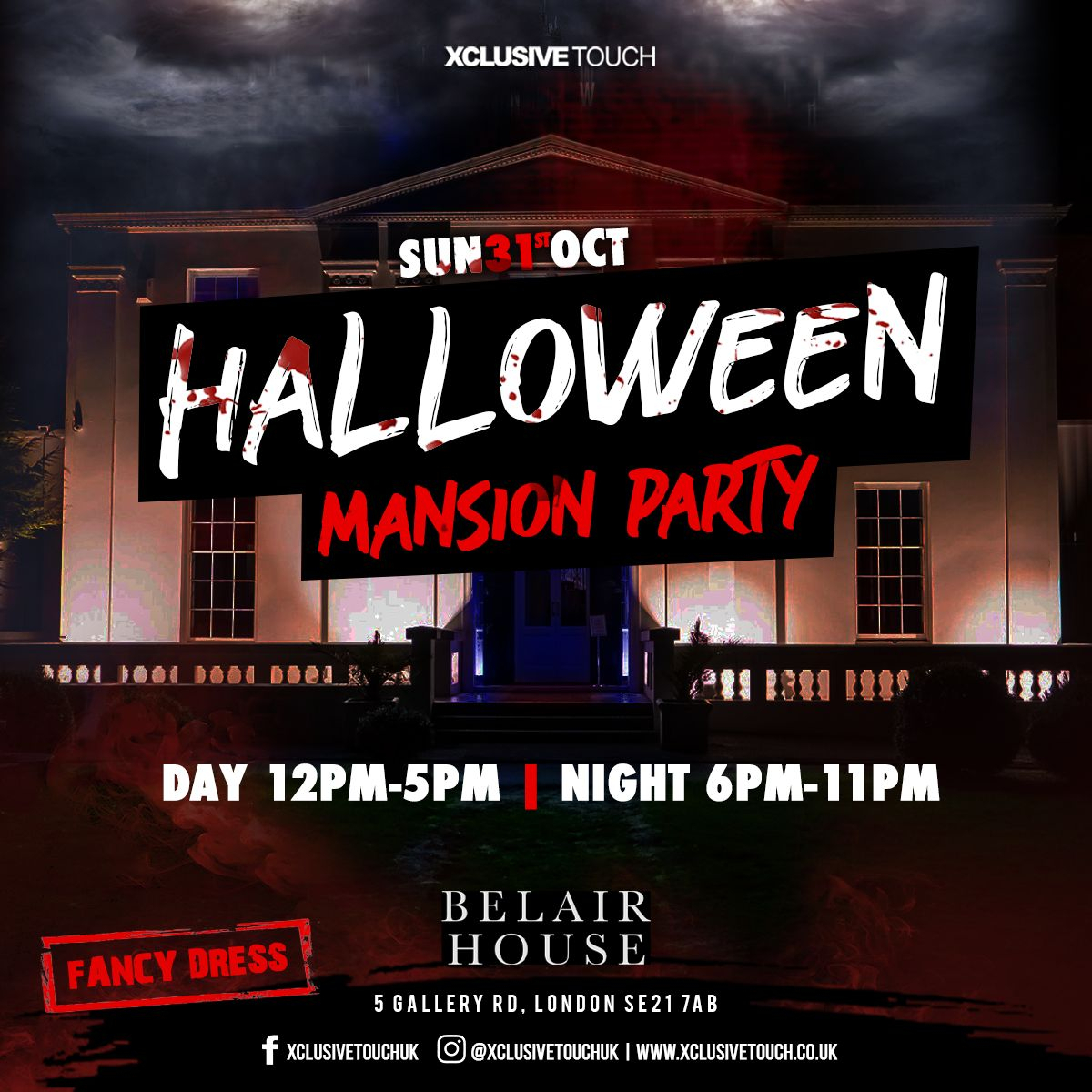 Where: Belair House in London

Ever wanted to celebrate All Hallows Eve in a historic haunted mansion? Well, here's your chance...

Situated in the heart of the capital, Belair House is the breath-taking, classic Georgian manor house that, for one night only, will host one of the most unique Halloween gatherings in London, on Sunday 31st October.

The two-floored venue, which is usually closed off to the public, will swing open its old creaking doors, welcoming hundreds of unknowing party-loving souls to a gruesome affair. Expect to bump into bloodthirsty zombie butlers and maids, zombie caged dancers, and be spell-bound by a devilish soundtrack covering RnB, hip hop, house, and the best Halloween anthems.

Tickets are now on sale and selling fast. Get yours by following the link below...

Discover more amazing attractions and experiences on our Things To Do page - including sporting events, food and drink festivals, theatre shows and more...

Cream Classical On The Waterfront returns to Liverpool in 2022

The Best Oktoberfest Events to Attend This Year