Earlier this year Manchester alternative all dayer The British Sound Project unveiled details of a stunning line up that will come to Victoria Warehouse on Saturday 22nd September. This year, the event's organisers have outdone themselves, snaring two of the biggest UK indie bands of the past 15 years to play at the event which runs from 2pm - 11pm.

The latest addition to the all dayer is Sheffield outfit Reverend and the Makers, who wowed us at this Year's Tramlines festival and will work through a set that spans over ten years , and they join the likes of Kyle Falconer, Eliza and the Bear and Larkins as support for the day's headliners.

Top of the bill are Glaswegian groovers  Franz Ferdinand who need little introduction, having delivered a multitude of indie anthems including the infectious 'Take Me Out', 'Do You Want To' and 'This Fire' - and they're still fully active as a recording outfit, delivering their fifth studio album Always Ascending this year.

Joining them on the bill are one of the finest bands the UK has produced in recent years, the Cribs. Together the Jarman brothers have written, recorded and toured extensively shunning the indie scene they never wanted to belong in, and in the main time gained a loyal legion of fans who have supported them right from their self titled 2004 debut right until 2017's 24/7 Rock Star Shit.

Also on the line up for the guitar spanking spectacular are the likes of Larkins, Glass Caves and Prose - you can find British Sound Project tickets below from 9am on Wednesday 7th March.

Reverend And The Makers 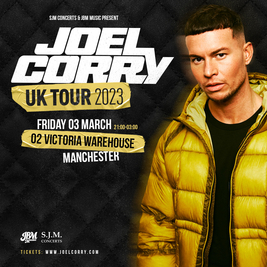