Helen Giles spent the night in Bristol with the likes of High Contrast, The Prototypes , Fred V & Grafix and more.

Since its conception in 1996, Hospital Records has grown to become an integral party of the drum and bass community, and an internationally recognised dance music brand.

The masterminds behind the label, London Elektricity’s Tony Colman and Chris Goss, have worked tirelessly to bring a new era of experimental drum and bass artists to the forefront of this industry, as well as expanding the label to encompass podcasts, merchandise, and one of the dance music scene’s most successful touring events - Hospitality. The latter of which was welcomed to Bristol’s iconic Motion nightclub to form part of their In:Motion autumnal series of clubbing events.

The hype surrounding the sell-out show was electric, as thousands of excited ravers queued around the block waiting to enter the converted skate park, situated on the outskirts of the city. Upon arrival you could already hear thumping basslines and syncopated drum patterns seeping from the structure into the cool night air outside, exhibiting the impressive sound system and acoustic set up Motion have set up and maintained, one of the many reasons why this venue is rated so highly amongst industry professionals and attendees.

Inside, the warehouse resembled a musical labyrinth, allowing fans to explore around every hidden corridor to discover new and exciting talent. Belgian duo Beta Brothers opened the Invaderz stage with jump up drum and bass and bassline vibes to get the crowd warmed up and bouncing frantically off the walls as they made their way through the main entrance and stopped to purchase their first drinks of the evening.

With the venue rapidly filling up with eager ravers all aching for a piece of the action, the temperature inside also increased, at points making it unbearable to stay in any of the rooms for a prolonged period of time. However, the ample outdoor space both at the front and rear of the venue did provide a much needed place to cool off before heading back in to continue to stomp the night away.

The main Hospitality stage showcased an incredible display of lights and lasers, with carefully placed mirror balls refracting the light across the arena to further enhance the visual experience. As well as the aesthetics, this stage hosted some of Hospital Record’s biggest names with a line-up that wholeheartedly represented the talent and innovative ideologies that the brand promotes.

Nu:Logic, the collaborative project of brothers Nu:tone and Logistics used their creativity and technical abilities to piece together a set that was both up-tempo and distorted while capturing the sounds of the liquid drum and bass genre through the drum sequencing. Culture Shock continued to keep the momentum going by taking the music down a darker path, building the tension through gritty basslines and haunting melodies.

Later on into the night, and the promoters continued to spoil the audience for choice, with first class performances spanning the duration of the event. High Contrast wowed the crowd in the main room with his empirical attitude towards composition, production and live performance, whilst a good balance between his earlier sounds and more contemporary DnB trends kept the audience’s attention.

‘If We Ever’ had everyone singing the catchy hook line to each other amongst the mist of sweat oozing from the hundreds of bodies packed into the space, before jumping into the euphoric ‘Remind Me’ from his new album Night Gallery causing a surge of hands to rise into the air and gleaming smiles to wash across an emotional crowd.

Two very contrasting and notable performances that took place in the early hours came from special guests The Prototypes and Med School talent Etherwood. While The Prototypes pumped up the volume and the tempo for a fast-paced, bass heavy set to keep energy levels high, next door Etherwood was more delicate in his approach with the heartfelt melodies and beautifully subtle drum beats associated with the sounds of liquid drum and bass, making the Med School stage the perfect place to wind down after a busy and frantic few hours.

But the performance of the event, and one of the most spectacular live DJ concepts to grace the drum and bass circuit in recent years came from Exeter duo Fred V & Grafix, who made their way to Motion for their last UK performance this year. Both accomplished musicians as well as producers, the pair teamed up with Shannon Kitchen and Etherwood on vocals to perform tracks from their latest album Cinematic Party Music, as well as a number of their earlier, fan-favourite releases.

The way the set had been cleverly structured made it feel like the music was telling a story, one where the audience clung to every word of the soulful vocals and every note intricately played through the keyboards and guitar. The twinkly melodic patterns in ‘San Francisco’ sent shivers through your whole body that evoked every single emotion imaginable to rise to the surface of your skin, while the drum sequences teamed with elegant vocals on ‘Ultraviolet’ increased the tempo slightly whilst maintaining depth to the performance.

As the group closed with the Etherwood collaboration ‘Forest Fires’, with the soft guitar riff underpinning the electronic elements of the song, looking around you could see strangers uniting together through the love and passion encapsulated in the show, mesmerised by what they had just witnessed. Fred V & Grafix have created something truly authentic and moving, that has revitalised the genre of drum and bass and opened the doors of opportunity for new and innovative methods of dance music production and performance within the industry.

The Bristol In:Motion series has been running for a number of years now, and each year the clubbing brand grows from strength to strength with its impressive line ups and unique aesthetics, providing the public with the ultimate clubbing experience.

This collaboration with Hospitality and Hospital Records is up there with the best drum and bass nights to have ever taken place in the heart of the South West, proven by the number of people willing to embrace the sweatiness and heat for the entire duration of the night as well as the diversity and versatility of the artists and sub genres presented. If anyone is planning on attending any of the In:Motion events this season, expect nothing less than perfection.

Here are the next 4 upcoming events At Motion, Bristol 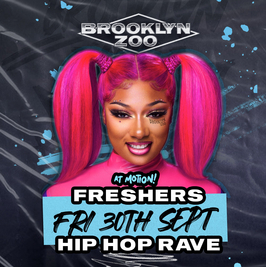 Get ready for the BIGGEST HipHop Freshers Rave in Bristol... 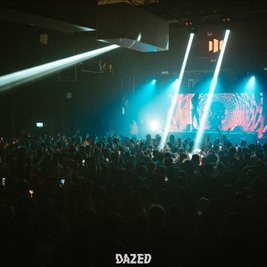 Bristol crew we are back at Motion for a very special DnB Rave?? 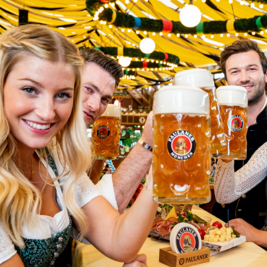 Bristol Crew..If you haven't been before we guarantee you'll be back. We are BINGO LINGO and our sho... 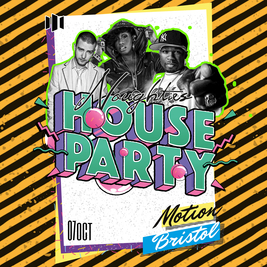 Bristol's biggest house party is back and better than ever with a fresh new take: Motion's 00s House...