The festival celebrates its 10th anniversary in 2017 with a 'greatest hits' themed lineup.

Tongue in cheek welsh hip hop collective Goldie Lookin Chain are the latest act to be added to the LeeStock 2017 line up.

With a string of top 20 singles including 'Your Mother's Got A Penis' and, most famously, 'Guns Don't Kill People Rappers Do' , the band gained notoriety for their humours, and at times controversial appearances; not least directing 'Your Missus Is A Nutter' toward David Beckham during a pre-match performance at a football game between England and Wales at the Millenium Stadium.

Into it's 10th year, LeeStock will be promoting a 'greatest hits' themed line up which sees the rap outfit join Saturday night headliner Newton Faulkner, along with Sunday night headline act Toploader, at the festival, while 'Teenage Dirtbag' penning rockers Wheatus are also on the bill.

Here are the next 2 upcoming events At Melford Hall, Suffolk 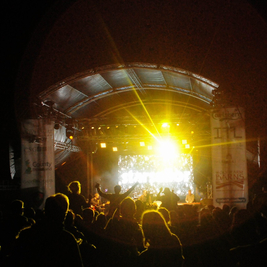 Held in the grounds of a Tudor hall, Suffolk's favourite charity festival returns for 2 days of fami...

Held in the grounds of a Tudor hall, Suffolk's favourite charity festival returns for 2 days of fami...