Henry Lewis visited the Belladrum Estate for three days of entertainment from some of Scotland's finest musical exports, along with stars from around the world and a plethora of performers bringing their own unique acts.

Half a century on from the Summer of Love, where hippy ideologies ruled and getting down in a field to great music was all that really mattered, Scottish 3 dayer Belladrum Tartan Heart looked to reignite the spark of 1967 to deliver a spectacular music festival that delivered in spades.

With music from heap of Scottish acts, and plenty from around the world too, constant entertainment in the form of wrestling, karaoke, extreme bike sports, ice skating and more it was easy to let go of the outside world with total abandon and immerse yourself in the multitude of diverse delights Bella had to offer.

From magnificent headliners in the form of Sister Sledge, The Pretenders and Franz Ferdinand to the festival's glorious decor, everything played its part perfectly as a crowd of all ages was treated to top class entertainment.

Wether you wanted to rave at the dub forest or crash landed aeroplane, enjoy whisky at the Tomatin shack, watch wrestlers grappling or see a host of Scottish talent bringing top musical performances, there was plenty to go around.

Playing in their native country were a number of acts including K T Tunstall, Twin Atlantic, Honeyblood, Young Fathers, Colonel Mustard and the Dijon Five (more on them later), Tamzene and Torridon - and that was just on the main stages. There was also heaps of local, grassroots talent and an array of spectacular singers and performers across the board.

The surroundings of the beautifully situated garden stage, with its outdoor theatre feel, made for some spectacular performances, with the opening day welcoming huge shows from the smouldering vocals of Louis Berry, the truly anthemic First Aid Kit, and a closing slot from the magical Sister Sledge.

Paying tribute to their late sister Joni Sledge in the most fitting way, the disco divas exhibited a copybook of dancefloor staples that left the crowd in high spirits, enjoying sparkling renditions on 'We Are Family', 'He's the Greatest Dancer' and more.

There were top performances from all of the headline acts, it has to be said. Friday saw The Pretenders deliver an astonishing amount of hits, with Chrissie Hynde's effortlessly cool vocals still sounding as good as ever, while James Walbourne shredded and chopped at his guitar in exhilarating fashion.

Ahead of them were the likes of Feeder, Honeyblood, and psych rockers Atomic Rooster, who notably played at 1970 event ‘The First Scottish Blues and Progressive Music Festival’, making for a deeply diverse day of music once again.

Saturday threw up a handful of stand out performances, including the first artist to sign to Belladrum records, Tamzene, who has had a remarkable 2017, performing at an LA Musexpo showcase event, before being joining up with the Scottish festival to deliver a string of releases, the most recent, "Enough For Me' coming out on the Friday of the festival.

You've not been to a party until you've been to a @colonel5mustard party 💛💛 pic.twitter.com/DZH8LDKnqK

Another Scottish act delivering big on the final day were Colonel Mustard and the Dijon Five, who summed up better than anyone the true power of hippy culture.

With a plethora of feel good numbers, which had foundations laid down in deep grooves, chiming guitars and easy singalongs, the yellow clad collective stole the show on Saturday afternoon, with peace and love at the heart of their message.

Franz Ferdinand's closing slot brought some indie magic to proceedings, with Alex Kapranos and co dishing up much loved numbers such as 'Take Me Out', 'You Girls', 'The Dark Of The Matinee' and plenty more.

Ending in spectacular fashion with fireworks, then bagpipes of course, Belladrum further cemented its reputation as the jewel in a cultural crown of Scottish festivals.

Tickets for Belladrum 2018 are on sale from 9am on 28th September, secure yours below.

The festival experience with... Birdy 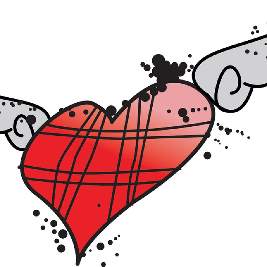