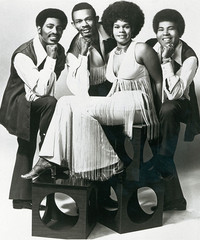 The Pretenders tickets and 2021 tour dates

The Pretenders are a rock band who came to prominence during the punk and new wave movement of the late 1970s due to their innovative songwriting and charismatic performances. The original band consisted of group founder, songwriter, vocalist, and rhythm guitarist Chrissie Hynde, lead and rhythm guitarist James Honeyman-Scott, bassist Pete Farndon, and drummer Martin Chambers. Save for Hynde, a native of Akron, Ohio, the original band members were all from the U.K. This band was fractured by drug-related deaths and numerous subsequent personnel changes have taken place over the years, with Hynde as the sole constant. With Hynde at the helm, the band drifted through more adult contemporary-oriented territory, but experienced a critical resurgence with a trio of albums released between the mid-90s and early 00s that explored a more mature side of the band's classic sound. User-contributed text is available under the Creative Commons By-SA License and may also be available under the GNU FDL.

The Pretenders has been mentioned in our news coverage

Another huge line up announcement for Belladrum Festival 2017

Below is a sample playlists for The Pretenders taken from spotify.

Do you promote/manage The Pretenders? Login to our free Promotion Centre to update these details.