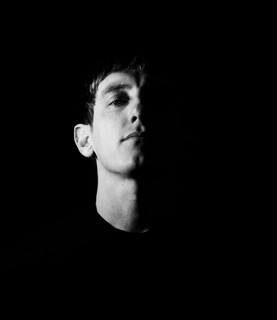 Born in Liverpool to a heroin addict father and a mother desperate to keep him on the right side of the law, Louis Berry already seems to have lived nine lives. "I had to be older than my years to keep the family together. I had to be strong for my mum although I was ashamed growing up because of my dad. I was ashamed to be me and the only way I could get respect was by doing bad things." Eventually getting access to a guitar after his grandfather gave him an entry level banjo, Louis would sneak up to his bedroom and learn to play. "I hated carrying a guitar case on the estate as it felt like a weak thing to do. But it was what it was. At school there were the popular kids, and there was me. I thought differently to other people. It always felt like I was looking in on people and their lives."

The early single .45 was the first introduction to Louis' songwriting world and quickly won him local praise as well as support amongst music tastemakers such as Zane Lowe, who nominated it his Next Hype. But it was 25 Reasons, the first single from Louis' 2015 debut EP Rebel, which really cemented his sound, an amalgam of classic, gritty rock 'n' roll with soul. The track saw regular plays and radio support from BBC Radio 1's Annie Mac and John Kennedy at Radio X. By the spring of 2015 he was awarded the One To Watch at Liverpool's prestigious GIT Awards by a panel consisting of representatives from BBC 6Music, NME, Vice, The Guardian and Q Magazine.

Louis Berry has been mentioned in our news coverage

Another huge line up announcement for Belladrum Festival 2017

Below is a sample playlists for Louis Berry taken from spotify.

Do you promote/manage Louis Berry? Login to our free Promotion Centre to update these details.