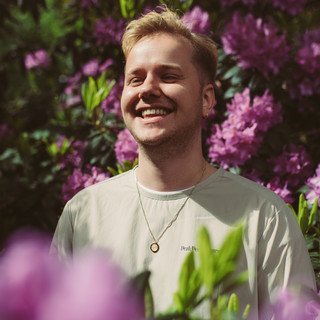 He hosts his own clubnight Puur. in Hilversum and Utrecht. Besides that, Luuk performed in clubs like De Marktkantine, Studio 80, Basis and Factory 010 and at festivals like DGTL, Straf_Werk (resident), Amsterdam Open Air and A day at the Park. He played alongside Jamie Jones, Skream, Noir, Detroit Swindle, Nic Fanciulli , Shadow Child and even did a b2b set with Huxley during the afterparty of Straf_Werk Festival.

His first release on Roush ‘Body E.P.’ in 2015, got amazing reviews and support from Darius Syrossian, Sidney Charles, DJ Sneak, Marco Carola and Joris Voorn. As Manchester based music platform XYST reports: “A cracking EP that hints at great promise, we can’t wait to hear more from Mr. Van Dijk over the next while.”

Although he’s very young, his own productions and dj-sets are filled with sounds that take you back to the old days but are contemporary at the same time. An old soul you might call it, Luuk van Dijk has only started to show the world what he stands for musically.

Luuk Van Dijk has been mentioned in our news coverage

It's All Gone Pete Tong comes to fabric

Do you promote/manage Luuk Van Dijk? Login to our free Promotion Centre to update these details.