Never been to Leeds or Reading Festival before? No problem, let us show you the way in our virgin’s guide feature.

It remains, for many, the start of a long love affair with festivals. A coming of age experience that many students, or people who've previously spurned the advances of fun in a field, use to lose their live music and camping cherry in. Metaphorically speaking of course, although the other has been known...

But whatever reasoning behind why you've chosen to make 2017 the year you experience Leeds Festival or Reading Festival for the first time, one thing is for certain - you've made the right choice.

Undoubtedly one of the most consistent and celebrated dates in the UK festival calendar, Reading has been for years the destination of choice for the popular music fun with a harder constitution. Leeds joined as a sister festival in 1999, switching the majority of the acts around on a daily basis to add a bit of Northern grit to proceedings.

Since them it’s become the number one place for the entire spectrum of popular music, with the all encompassing Leeds Festival 2018 line up that includes Kendrick Lamar, Panic! at the Disco, Kings of Leon, N.E.R.D, Dua Lipa,  Skepta and loads more.

So the first thing to do is make sure you make a list of three must see bands over the weekend, minding the clashes, and then try your best to stick to that. Anything more though and you’ll be lucky; it can be done planning each band with military precision but the best way to do is throw caution to the wind and tend to see what happens.

Which is our next key bit of advice; set aside a period of time with no plan whatsoever. There are seven different stages at the festivals and the best way to discover new music is to see what happens at a festival and get taken by the wind.

Or better yet, that girl or guy you've just met. Festivals are littered with people having fun and no more so is it the case than at the youthfully hedonistic Reading and Leeds events.

One such discovery was made by Dot King, who went to Leeds festival for the first time when she was 18 and then went the following four years without fail:

I remember seeing The Gossip for the first time when I went just after turning 18 in 2007 and being absolutely blown away. And the Red Hot Chili Peppers were awesome then. I can’t recommend it enough!”

They are not for the faint-hearted. Being predominantly geared towards young adults, even more so than other festivals, there’s a naturally a presence of a very up for it atmosphere.

It’s this relentless surge for a good time that means it’s one of the few festivals that still has a brilliant ambience even when the weather conspires against the forces. So be open minded and expect it to be a bit brash – it’s all part of the experience.

A few other things to remember if it’s your first time at a festival as well: be prepared. For both rain and sunshine (so bring wellies and your factor 25), and make sure you have enough easily edible food and water.

Also make sure your tent is distinctive, a 1am treasure hunt after a day of drinking just to sleep is never fun, and the camp sites at Reading and Leeds are notoriously difficult to spot your tent in. Use a flag or take notice of the other ones around you, or expect to be lost!

The final tip of advice? Well, play by your own rules. Leeds and Reading is a full three days of music with everything from thrash bands to rip roaring DJ sets, acoustic pop up to comedians... so as long as you remain (fairly) responsible there’s such a wealth of options for things to do.

Remember this could be the beginning of a bug that keeps your summers action packed for years to come.

Here are the next 4 upcoming events At Bramham Park, Wetherby 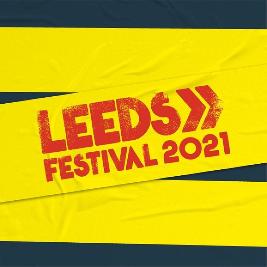