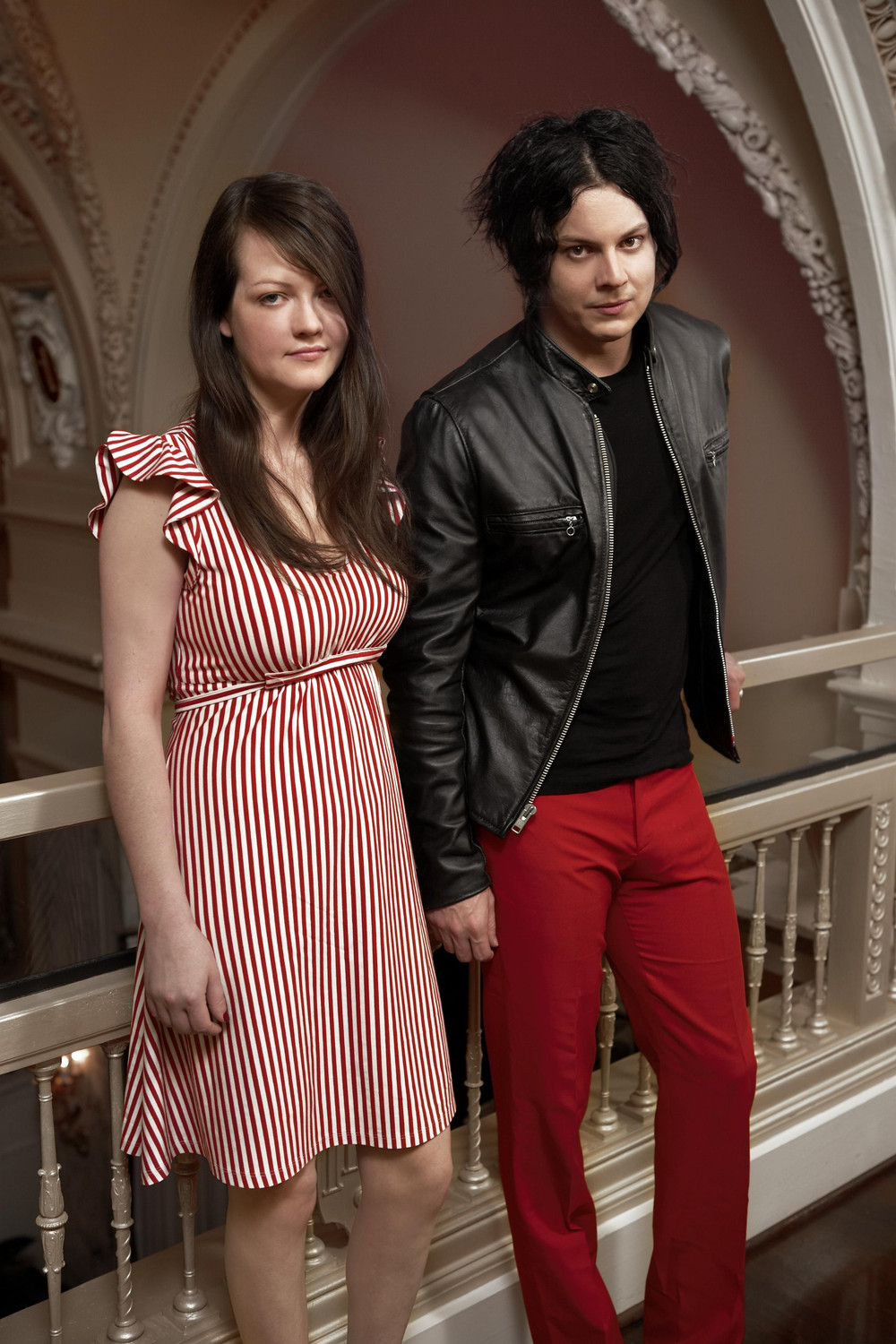 The White Stripes were an alternative rock band, formed in 1997 in Detroit, Michigan, United States. They disbanded in 2011. The group consisted of songwriter Jack White (vocals, piano/keyboards, guitar) and Meg White (drums, vocals). After releasing several singles and three albums within the Detroit independent music underground, The White Stripes rose to prominence in 2002, as part of the garage rock revival scene. Their successful albums White Blood Cells and Elephant drew them attention from a large variety of media outlets in the United States and the United Kingdom. The White Stripes used a low-fidelity, do-it-yourself approach to writing and recording. Their music features a melding of punk and blues influences and a raw simplicity of composition, arrangement, and performance. The duo is also noted for their fashion and design aesthetic which features a simple color scheme of red, white, and black. The White Stripes' discography consists of six studio albums, two extended plays (EP), one video album, 26 singles and fourteen music videos. The band has sold approximately 12 million albums worldwide, 2 million in the US alone, and their latest three albums have each won a Grammy Award for Best Alternative Music Album. On February 2, 2011, the band announced on their website that they had disbanded. Official band website: www.whitestripes.com User-contributed text is available under the Creative Commons By-SA License and may also be available under the GNU FDL.

The White Stripes has been mentioned in our news coverage

Reimagined: the cover versions that changed the game

The Festival Experience with... Deap Vally

High Contrast Interview: A mix of high and low culture

Below is a sample playlists for The White Stripes taken from spotify.

Do you promote/manage The White Stripes? Login to our free Promotion Centre to update these details.