» Events » Events by artist » The Professionals 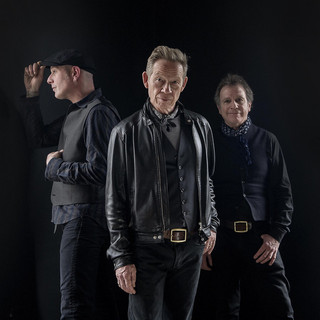 The Professionals tickets and 2022 tour dates

There are more than one band with the name The Professionals

In July 1980 The Professionals released their first single "Just Another Dream" followed by a second single "1-2-3" in October, which reached #43 in the UK Singles Charts. Shortly after the second singles release Allen left the band and was replaced by Subway Sect bassist Paul Meyers. Ray McVeigh also joined the band as a second guitarist.

This same lineup recorded another single, "Join the Professionals", which was released in June 1981. Later that year, the song was featured in the movie Ladies and Gentlemen, The Fabulous Stains along with three other Cook/Jones compositions, "Conned Again", "La La La", and "Don't Blow It All the Way".

Following his departure, Andy Allen sued Virgin Records claiming he had never been paid by them. In response to this, the new line-up of The Professionals would re-record previous material so that Allen would not be owed any further royalties. The band brought in producer Nigel Gray to help record this material for their first full length album, the result was I Didn't See It Coming released in November 1981.

The album was supported by U.K. and U.S. tour dates, and the release of a new single "The Magnificent". But the band's American tour was cut short when Cook, Meyers, and McVeigh were injured in a car accident.

The Professionals has been mentioned in our news coverage

Carl Barat, Milburn & The Rifles among additions to Camden Rocks 2017

Below is a sample playlists for The Professionals taken from spotify.

Do you promote/manage The Professionals? Login to our free Promotion Centre to update these details.