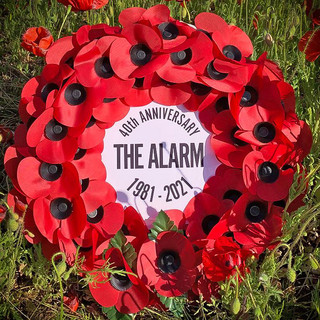 The Alarm tickets and 2021 tour dates

The Assembly in Leamington Spa

The Alarm is an alternative rock band which formed in 1978 in Rhyl, Wales. For most of their career the band consisted of Mike Peters (vocals, guitar), Dave Sharp (guitar), Eddie Macdonald (bass) and Nigel Twist (drums). The band split in 1991, but reunited in 2001. The band began in 1978 in the North-Wales town of Rhyl, under the name of 'Seventeen'. Its 4 members were Mike Peters, Dave Sharp, Eddie Macdonald and Nigel Twist. They knocked around the music scene for a while with little success and reformed as 'Alarm Alarm' (taken from one of Seventeen's songs) in 1981.

The Alarm has been mentioned in our news coverage

Below is a sample playlists for The Alarm taken from spotify.

Do you promote/manage The Alarm? Login to our free Promotion Centre to update these details.