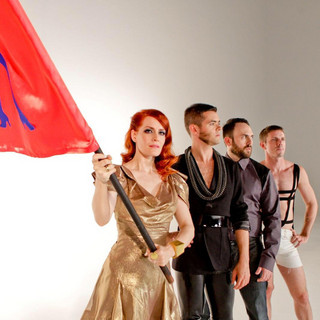 Randy Schrager (aka Randy Real), is the band's live drummer. Patrick Seacor (aka Paddy Boom), left band in 2008. The group was named after a lesbian sex position. Lyrics are largely written by Shears / Babydaddy & known for a mixture of wit & tragedy.

Scissor Sisters has been mentioned in our news coverage

A Brief History of Wickerman Festival

Queens of the Stone Age live @ Phones 4u arena, Manchester

Below is a sample playlists for Scissor Sisters taken from spotify.

Do you promote/manage Scissor Sisters? Login to our free Promotion Centre to update these details.