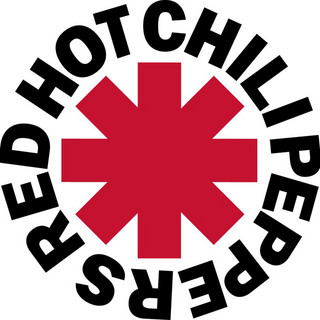 The Red Hot Chili Peppers are a funk rock band based in Hollywood, California and were formed in 1983, in Los Angeles, California. The band currently consists of founding members Anthony Kiedis (vocals) and Michael "Flea" Balzary (bass) along with a longtime member Chad Smith (drums). Guitarist John Frusciante quietly left the band on good terms in late 2008. On January 2, 2010, Josh Klinghoffer was announced as Frusciante's replacement. The band initially formed for a one-off support act for a friend's band, calling themselves Tony Flow And The Miraculously Majestic Masters Of Mayhem. Upon renaming themselves Red Hot Chili Peppers, they played a handful of small club venues in Los Angeles in 1983, before they were signed to EMI Records. Current members: Vocal: Anthony Kiedis (1983-present). Guitar: Josh Klinghoffer (2009-present). Bass: Michael Peter "Flea" Balzary (1983-present). Drums: Chad Smith, (1988-present). Previous members: Notable guitarists (in chronological order): Hillel Slovak (1983-1984), Jack Sherman (1984), Hillel Slovak (1985-1988), John Frusciante (1988-1992), Arik Marshall (1992-1993), Jesse Tobias (1993) Dave Navarro (1993-1998), John Frusciante (1998-2008) Notable drummers (in chronological order): Jack Irons (1983-1984), Cliff Martinez (1984-1987), Jack Irons (1987-1988), D.H. Peligro (1988), Chad Smith, (1988-present) The Chili Peppers' original guitarist, Slovak, was replaced in 1984 by Jack Sherman, while Slovak and Irons recorded music with their band at the time, "What Is This?" Upon Slovak's return, Sherman was fired from the band. Following Slovak's death of a heroin overdose, a young John Frusciante took over as guitarist in 1988. Frusciante, however, quit the band in 1992 due in part to his sadness at the band becoming so successful in such a short time; complex personal issues, involving an addiction to heroin, were also a factor. He was then replaced by Arik Marshall. Approximately a year later, Marshall left the band, to be replaced by former Jane's Addiction guitarist Dave Navarro. After the release of 1995's One Hot Minute, Navarro's escalating drug habits became a subject of conflict. In 1998, Navarro was fired from the band, to be taken over by none other than former guitarist, Frusciante, who remained in the band until 2008, when he quietly took his leave on good terms with the other members. Founder and guitarist Hillel Slovak did not actually appear on the self-titled debut album, despite performing and writing the content with the band prior to recording. He was replaced by Jack Sherman for the recording of the album, but returned to the band for second album, Freaky Styley. The third album, Uplift Mofo Party Plan, is in fact the only album to include all four founding members. After this, Slovak overdosed on heroin and was replaced on future albums (Mother's Milk, Blood Sugar Sex Magik - on which Frusciante provides guitars, One Hot Minute - Navarro, Californication and By the Way - Frusciante) Frusciante is also on 2006's Stadium Arcadium. Frusciante has also been making solo albums for a number of years. His new album with the band Ataxia came out May 2007, and is titled Automatic Writing II. In 2003 Flea played bass on The Mars Volta's album Deloused In The Comatorium. Frusciante added guitar to tracks on Deloused and 2005's Frances The Mute. He also played rhythm guitar on The Mars Volta's Amputechture. Omar A. Rodriguez-Lopez, guitarist for The Mars Volta, appeared on Stadium Arcadium, playing the solo on "Especially In Michigan". In 2011, the band released I'm With You, their tenth studio album, and their first with guitarist Josh Klinghoffer. A new era in the band's history took place due Frusciante's departure in 2009. He was replaced by Josh Klinghoffer, who had already played shows as a second guitarist with the band during their 2007 tour dates. User-contributed text is available under the Creative Commons By-SA License and may also be available under the GNU FDL.

Red Hot Chili Peppers has been mentioned in our news coverage

The first acts for East of Culture - Different Sounds 2018 unveiled!

Below is a sample playlists for Red Hot Chili Peppers taken from spotify.

Do you promote/manage Red Hot Chili Peppers? Login to our free Promotion Centre to update these details.