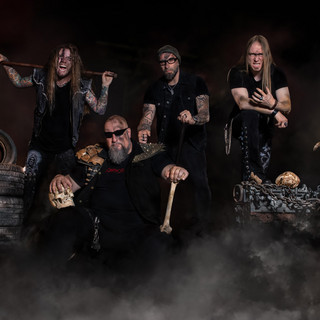 The Foundry Nightclub in Torquay

Rage is a German heavy metal band, currently consisting of Peter "Peavy" Wagner (Bass, Vocals), Victor Smolski (Guitar, Keyboards) and André Hilgers (Drums). The band started in 1984 under the name Avenger. After an album and EP, the band changed their name to Rage, releasing their debut album Reign of Fear. The band have since released numerous albums and EPs, the most recent being the 2010 CD titled Strings To A Web. They also released the EP Gib dich nie auf in 2009.

RAGE has been mentioned in our news coverage

Below is a sample playlists for RAGE taken from spotify.

Do you promote/manage RAGE? Login to our free Promotion Centre to update these details.