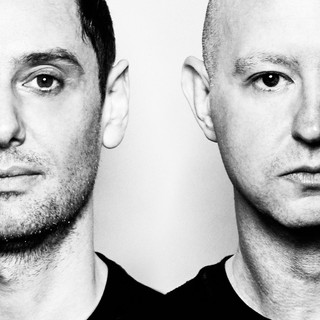 The Steel Yard in London

D*Minds (formerly 'Distorted Minds') consists of two British drum and bass producers and DJs - Jon Midwinter and Alistair Vickery. Having achieved a number of hit records in the last decade, the outfit have released under a number of prominent imprints including: True Playaz ('Mr Happy' / 'Super Drunk' w/ Hazard), Breakbeat Kaos (‘T-10’), Formation (‘Snuff Baby’ / ‘Warriors’), Break Beat Kaos (‘Give It To Me’), and their own label, D-Style Recordings (‘Ouch’ / ‘Revolution’ / ‘Searching’).[1]

D*Minds have also put together many remixes in their time, the best known being their remix of EZ Rollers' ‘Crowd Rocker’ which is used daily as a sound bed on Zane Lowe’s award winning BBC Radio 1 show.[2]

As well as being renowned for their productions and DJing, D*Minds also started their own record label, 'D-Style Recordings' and its sister label 'Stereotype' in early 2000. Artists who have released on the label include TC, Eddie K, MC Jakes and The Force.[3]

D*Minds has been mentioned in our news coverage

Below is a sample playlists for D*Minds taken from spotify.

Do you promote/manage D*Minds? Login to our free Promotion Centre to update these details.