Mood Swings is a series of events put on at Manchester's YES Basement by Now Wave. We thought we'd give you the rundown of some of the best names on offer!

It's been a joy to see that some gigs have been able to go ahead recently, even if they have been socially distanced. The pandemic has stunted the growth of artists, who haven't been able to have their new songs resonate with audiences in person. Now, we can finally start to regain that incredibly tight bond between the audience and performer that makes for unforgettable moments and solidifies the bonds that we can have with particular songs.

Mood Swings is a series of gigs being put on by Now Wave in YES Basement, which is promoting some of the most exciting indie talents from across the UK. YES being a fitting environment as within its generally short life it has become a key component of the Manchester gig circuit, playing host to amazing new acts who have gone onto burgeoning success.

Oh, did we mention that all of these gigs are under a tenner too? You really can't go wrong here, so we compiled some of the key names that you should definitely check out.

The Goa Express are a Manchester-based band who most recently released a single called 'Second Time', a breezy summer-swept single that summarises the charm of those days spent trailing around with friends, looking for something to do and having fun no matter what. They're a really exciting prospect at the moment and have a very anthemic style of songwriting.

They've already shown their range when comparing 'Second Time' to earlier garage rock track 'Be My Friend' with its absolutely frantic pacing and abrasive sound that would almost certainly cause cuts and bruises in a mosh pit. They're quickly becoming Manchester favourites.

Irish artist Smoothboi Ezra makes bedroom pop that feels as though it's determined to make you sob a flood of tears. Writing often about identity or relationships, whether that be trying to forge ahead and be themselves or struggling to let go of someone, despite the relationship clearly reaching its conclusion.

It's introspective lyricism that a lot of people will be able to relate to and Smoothboi Ezra comes up with some brilliant melodies. Yet they are also capable of taking a sledgehammer to your emotions at a moments notice. 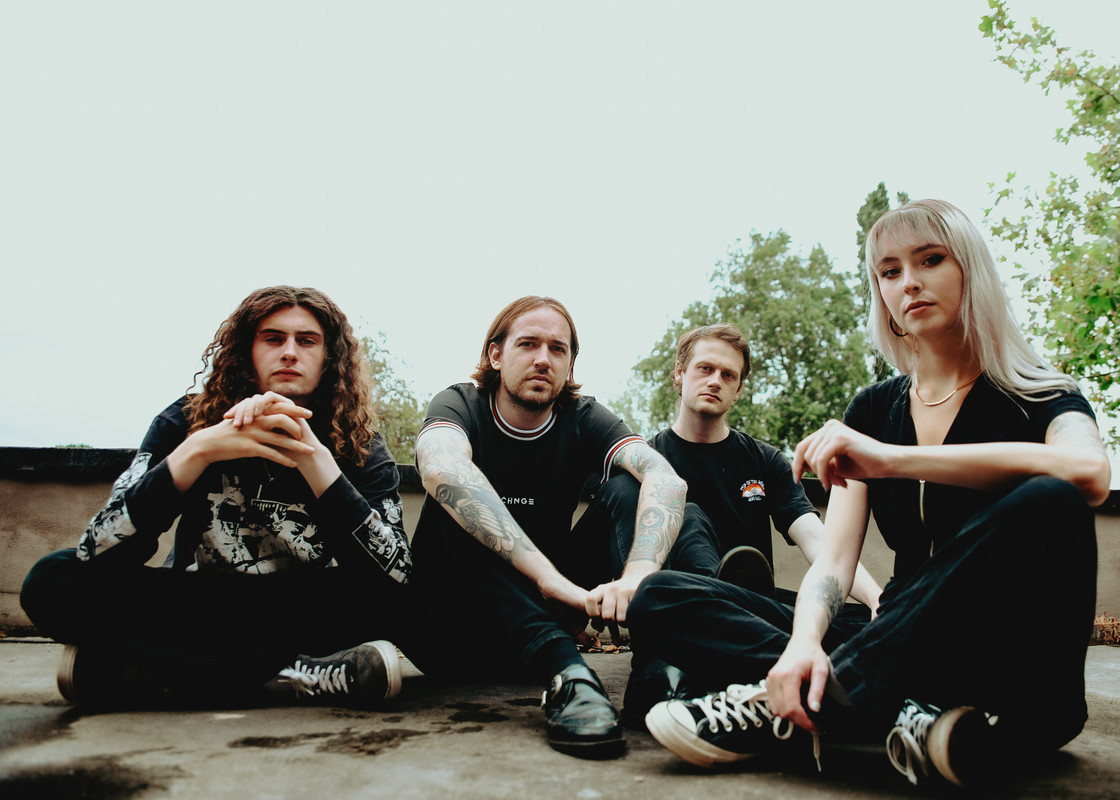 Bleach Lab, fronted by Jenna Kyle are a band who are a happy medium between shoegaze and indie pop. They construct ambient soundscapes that are ethereal and dream-like and mix them with the raw, emotional resonance of Jenna's vocals. Their recent EP 'A Calm Sense Of Surrounding' centred around the process of grief and the five stages of denial.

Their music is meditative and often cathartic, there are plenty of opportunities for these songs to resonate with people and what Bleach Lab do best is completely immersing you in these ambient states, leaving you at the mercy of their emotional lyrical tendencies.

You can join the waiting list for Bleach Lab's Mood Swings show here.

Holiday Ghosts are a bit of a throwback. Very much taking cues from 60's rock bands, their revivalist approach has an air of The Velvet Underground, The Kinks and other such similar bands from that thriving era for the guitar. Yet within this, Holiday Ghosts have a certain buoyancy that they can claim to be their own. There's undeniably an enthusiasm that finds its way embedded throughout a lot of their songs.

It makes for memorable hooks and addictive guitar licks that make it very easy for repeat listens. Their recently released album 'North Street Air' is a delight, containing disgruntled stories about useless privileged landlords, wanting to go off-grid and personal crisis. Switching between the vocals of Sam Stacpoole and Katja Rackin, their rhythms are guaranteed foot-tappers with the potential for a good dance.

There are some artists who are capable of putting a smile on your face almost instantaneously and John Myrtle is one such guy. His classic, nostalgia-driven sound that evokes the likes of The Beach Boys has that warm and instantly familiar feeling. Please allow John to soundtrack your love life, as his stories of loves lost and won can so easily be applied to our own, he will linger guitar in hand, with the perfect note for your heartbreak.

John has a mini album called 'Myrtle Soup' coming out June 18th and it's the perfect name to associate with an artist who is so naturally inviting. No matter how sad the content of the lyrics may get, John will always rebuke it with his unwavering optimism.

On his most recent EP 'Everything's Delicious', Blackaby wrote about both the past and the future. On one hand, remembering school bullies and Christian youth camps, on the other contemplating growing up and what the future might bring. One message being that we don't have to grow up too quickly and that there's no pressure to have everything figured out.

Tie this with an indie-pop sound that has a bright fizzy glow like lemonade on a warm summer's day, and Blackaby is a brilliant songwriter who writes delightful melodies.

Pynch had their first-ever single out by indie label favourites Speedy Wunderground and have only gone from strength to strength since then. They had an incredibly successful 2020 despite the pandemic and their lo-fi sound found many fans. Particularly in the single 'Somebody Else' with its blend of grungy guitar hooks and electronic textures.

Their second single of the year 'The Whole World's Going Crazy (For Love)' spoke of nostalgia in spite of the generational disillusionment people are having now with the state that the world is in. Pynch have some brilliant lyrics and most importantly the hooks to back them up.

Julia Bardo's story started in Italy where she wrote and performed in a band at her father's bar before moving over to Manchester and setting up shop in Manchester. She became one of the founding members of Working Men's Club but has since gone on to stride out into her own path. Her first solo single 'Desire' begin a powerful and rousing declaration of wants.

It set the blueprint for Julia and her voice has this enticing timeless quality that you can never really tire of hearing. This mixed with her lyricism that seems to be getting more and more poetic and observant, she is really making fascinating progress as a candid and affecting songwriter. Her debut album 'Bauhaus L'Appartamento' is out in September and it's going to be a cracker.

Why don't you check these artists out in the playlist below!