Skiddle Mix 088 and Interview: Death On The Balcony

We interviewed Death On The Balcony and received a dreamy, funk driven house mix from the duo ahead of their Ministry of Sound gig.

Image: Death On The Balcony

It's easy to tell when artists have been heavily influenced by a particular era of conquering music, and it couldn't be more apparent when listening to Death On The Balcony productions and sets that the duo have a profound love for all things disco and funk.

They have released on Exploited and Pets Recordings, pushing our their forward-thinking, yet always past-respecting flavour of dance music. Mature yet playful, the UK pair have developed their own invigorating sound.

Let them transport you to a warped beach party with the dreamy and funky mix featuring tracks from 808 State and Youandewan. Filled with luxurious psychedelic tones and fusions of house, techno and everything in between (listen below).

First up, you guys are playing at Ministry of Sound this weekend, the superclubs still have such a huge place within the dance music scene, but for the likes of Cream which is losing its home at Nation, there's often adversity from outside forces. How important do you think it is that the heritage of these clubs is respected?

Clubs and clubbing have been part of our culture for years. Big clubs are something that gives a place its identity beyond other landmarks and focal points in a city. Many people who visit London will have created memories and experiences in these clubs which in turn brings more people as word spreads.

It's important for us to have these places and not only for people who visit this country but for the locals as well. They work hard all week and want somewhere to go and let loose at the weekend and hear some good music. Obviously in London there has been many clubs closed or threatened with closure due to planned works, or petitions from local residents etc. This is a shame as people that build in these areas know what exists there.

These clubs are part of the community and make an area desirable in the first place and for that to be stripped away seems wrong on many levels. On the flip there are still many clubs doing well and thriving, sometimes because they are taking attention towards the decor and making their party an experiences beyond just the music.

Of course, with music still the focal point but accentuating that experiences with visuals, themes and dress etc. Whilst scenes change and trends come and go there will most certainly always be a place & demand for a good club experience!

In regards to smaller clubs in London, is there any hidden gems that you've had the opportunity to play?

Definitely Corsica Studios in Elephant & Castle for consistent credible bookings and parties, in a two room but intimate space with friendly clued up clubbers and party people.

Also this is a little bigger but Studio 338 has a great unique atmosphere. We played there recently for the All Day I Dream party and it was a really good vibe. There was attention to production and decoration which exists for most brands that do parties there, individual to their own vision.

For anyone who hasn't had the pleasure of seeing you in action before, what can they expect from your sets?

The music we play can vary depending on the set time and the environment where we are playing. For example if we are playing a day party on a beach it would be very different to a club at 4am. We like loads of different styles, everything from deep dubby disco to house and melodic techno.

Recently we have become part of the All Day I Dream family which at those parties gives us opportunity to explore our more melodic emotive house and techno sounds. At Secret Garden Festival we were lucky enough to be able to explore through all styles from disco to house to techno.

That is ideally how we like to do things given the chance and given a long enough set time. Another important factor for any DJ playing is of course a positive and intelligent dancing crowd. We like to try bring a variety with us to our sets but always look for the quality and timeless, lasting feel that records tracks have.

Your own productions are laced with disco and funk. There's a lot of throwback influences as well as futuristic sounding synths. If you could have experienced one musical scene from before you were born, what would it be?

We were lucky enough to have seen the end of disco and funk era, however the birth could have been interesting to see. Also the new wave and new romantic scene of the early eighties in London with the likes of The Blitz Club. Or maybe the sixties too with The Rolling Stones and The Doors.

We were born at this point (late seventies/early eighties) but it would have been good to have been old enough and be able to have gone out and party, dance and play at places like The Loft, Paradise Garage, Muzic Box into early nineties. Clubs like Zanibar, Sound Factory would have been great, and we could have caught that whole golden era in America with Disco and then the birth of House.

What artists have influenced your music?

We always start this answer at the roots of our influences with disco and eighties influences through to early house and also the European techno scene too.

The mix that you've put together for us, does that reflect what stuff you'll be playing at the weekend?

This mix is perhaps a little bit more for listening at a pre party or at the after party. Later in the mix there are hints of styles that we will maybe play. I think it reflects that we were near the beach when selecting what to use! We will have to wait till our set time comes in to decide.

In fact, what is interesting about being a duo in our situation is we have no idea what comes next until the person plays their last track, it's too hard to tell you now what's coming. Obviously we prepare things to an extent so we can choose what we feel will go down well in that environment and for the given party or vibe.

Finally, if we gave you the power to throw your ultimate party and you could curate a line up from past and present. Who would you play alongside and where would it take place?

This a tough one as there could be so many answers to this question! But we think this wouldn't be a bad party

We would throw it on a tropical, beach, lagoon and forest setting with a few stages and a beautiful huge villa. Obviously no party is a good party without the right company so we would need all our friends from various part of the world to all be there too.

Like this? Try Weekends Matter Mix - Bontan After Hours 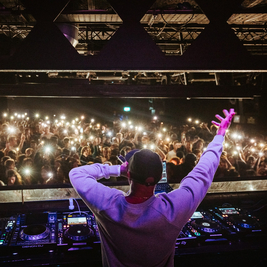 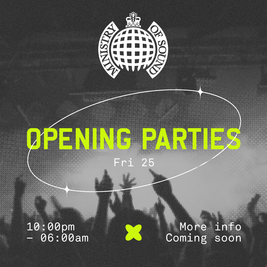 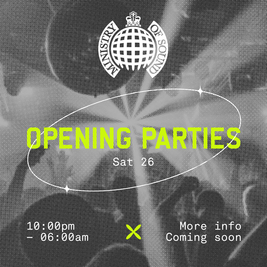 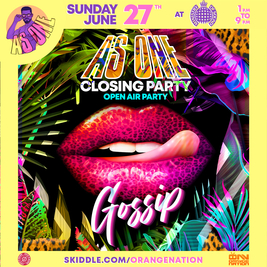 As One Weekend Festival 2021 presents Gossip - As One Festival Weekender.