The North East haven of Rock and Indie returns for another year with a huge lineup, scroll down to find out more and book tickets!

After another excellent edition of Kubix Alternative Festival in 2022, the North East knees up is returning in 2023 yet again for its fifth year, with the team promising that the event is going to return bigger and better for this milestone year.

Having already released a few names for the festival undercard such as one of the best cover bands in the biz, Elvana, and 'the biggest band from Bradford', 90s sensations Terrorvision, the festival has now just announced its headliners and it looks set to be an absolute belter.

Headlining the festival will be the 80s pop icons, Squeeze, who alone should make you feel tempted. Alongside will be the, recently reformed, noughties indie rockers The Enemy; one half of Soft Cell, and the man who's gonna take hold of your heart, Marc Almond; as well as the 90s Madchester legends Inspiral Carpets, who complete a lineup that might finally make them less lonely. 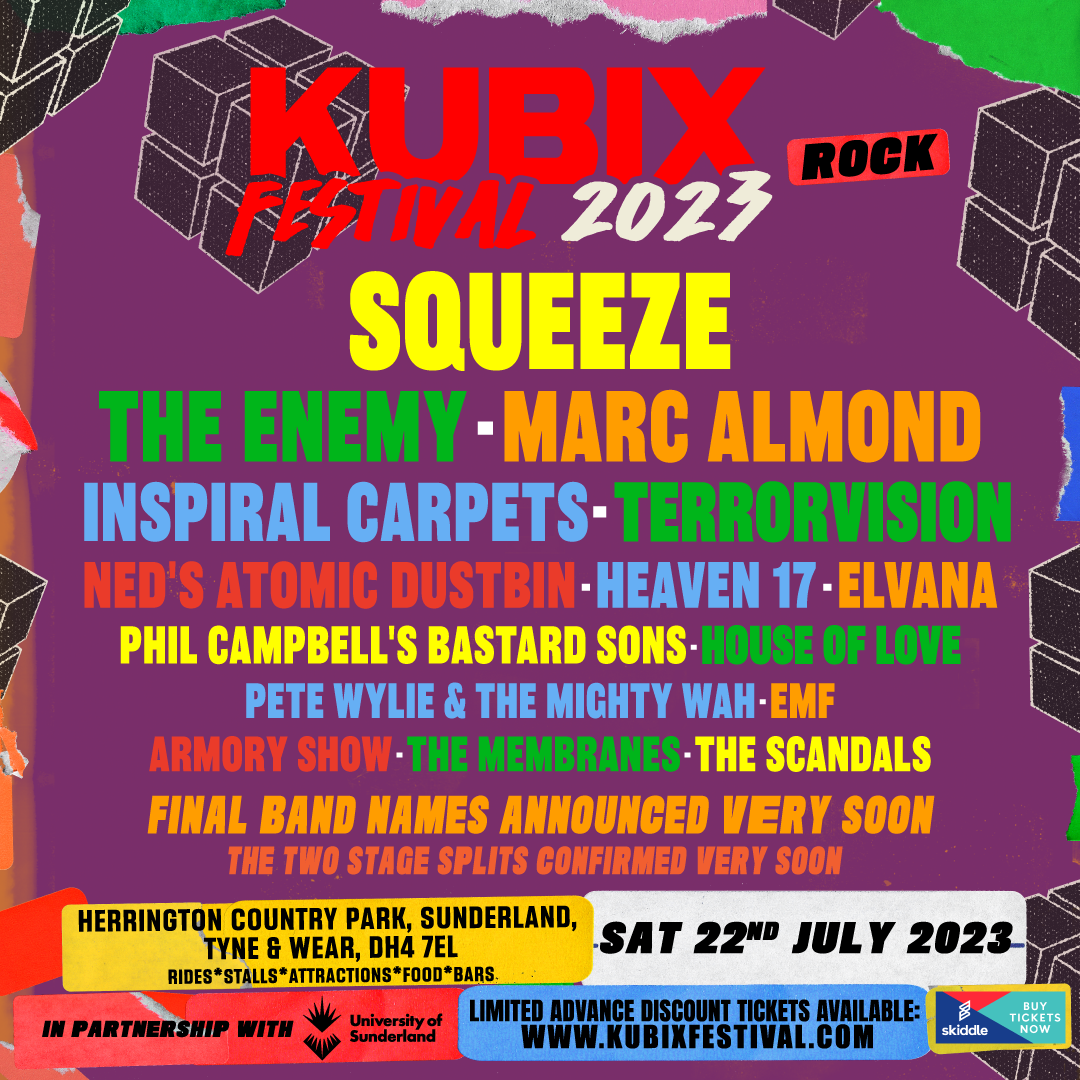 Not only is the lineup giving your music crazy Dad heart palpitations, but the acts will be performing on their huge outdoor main stage with the most spectacular production yet, as well as the new second stage with a huge big top, giving you even more choice.

Not only have the stages been improved but the site has also. The grounds of Herrington Country Park in Sunderland will now include big video screens alongside revamped production, sound, and lighting, as well as some new surprise additions coming for next year's edition.

Kubix Village always brings something very special to the North East, and we're sure the 2023 edition will more than surpass it!

To find tickets for the Kubix Alternative Festival 2023, scroll down and use the ticket box below.