Hiatus Kaiyote speak ahead of their biggest Manchester date about Melbourne, studio recording and their love of remix culture.

Hiatus Kaiyote have a sound that defies easy categorisation. Their music references several eras, genres and distinct styles, but in doing so creates an amalgam that is unlike anything else being produced today.

It has seen them championed from the outset by Gilles Peterson worldwide, as well as being recognised in hip hop, jazz and RnB circles and catching the attention of artists like Erykah Badu and The Roots' Questlove.

Ahead of their biggest Manchester show to date at O2 Ritz Manchester on 27th April, Joshua French spoke with bassist Paul Bender and lead vocalist/guitarist Nai Palm, discussing the vibrant dance music scene in Melbourne, as well as their approach to studio recording and their love of remix culture (catch Taylor McFerrin and Anderson .Paak of their track 'Laputa').

We've seen a lot of dance music coming out of Melbourne over the last 12 months, from artists on the Cutters label, and groups like No Zu. Being based in Melbourne, do you find there's a thriving dance music scene in the City, and if so does it impact on the music that you create?

Paul: There is a thriving dance music scene, but to be honest I'm a bit of a hermit at the moment. I don't really go out clubbing, ever. I do really enjoy meeting other producers and hanging out with people and listening to what they're doing and making music with other people.

I guess it does impact what we do from the energy of other artists and what they're creating, but I'm definitely not down at the club every weekend.

DJ Spinna's Galactic Soul remix of 'Breathing Underwater' (listen below) turned that track into a bona fide dance record. How did that remix come about, and have you got involved with any remixing yourself?

Paul: We've always really liked remixes and remix culture. Our first remix release 'Tawk Takeout' was kind of born out of this thing we used to do at our gigs back in the day - which was beat battles.

Every week we asked different producers we knew to remix different tracks. Not only our songs but also David Bowie and Disney soundtracks - just having fun with it and seeing what happens. It's always awesome to hear different interpretations of music.

You have highlighted some of the issues that are jeopardising live music in many Australian cities, what do you think needs to change to create a sustainable music scene that works for artists, venues and the authorities?

Paul: Well, the lock out laws in Sydney and Brisbane right now are fucked. They're really short-sighted and pretty much the whole Kings Cross area of Sydney has been decimated.

Venues have shut down, so many people have lost jobs and work and there's been something ridiculous like a loss 80% of foot traffic in that area at night.

It was already pretty hard in Sydney but now it's even more difficult for business owners and live musicians. This approach is not helping anybody and it's all really disgraceful - and every time this happens in Australia somehow casinos are always exempt. So yeah, it's bullshit.

Where are you currently turning for new music? Do you find yourself looking to emerging artists, or are you more likely to delve into the catalogues of a long-defunct labels to seek out rarities?

Nai: I like a lot of different shit. New, ancient. I love KING's new record at the moment, I'm forever listening to Saharan desert music. I try not to limit myself.

I'm lucky a lot of my homies are amazing artists so someone's always dropping something amazing. I love old traditional music from around the world, Michio Miyagi an amazing koto player, Toumani Diabate, Iggy Pop, anything really that has the intention to be the fullest expression of itself. I'm emotionally schizophrenic so I need a complex palate of music in my ears at all times.

Your track 'Molasses' was sampled on Anderson .Paak's track ‘Without You’. Do you like seeing your music making an impact on other creatives?

Nai: Of course. There's no greater validation as an artist than to inspire people’s imaginations. To be part of a global fam and international conversation. The more people that interact with our art the stronger the creative legacy is, from things we've referenced to what lingers on after us.

You recorded Choose Your Weapon between several studios, both in Melbourne and the U.S.. Was that a necessity, or a creative decision to explore different sounds and to work in different spaces?

Paul: We do like to mix it up. Depending on the track that we're working on, it suggests a different process. Whether that be to get a really live feel or do a really cut up and more produced version.

We do work with other engineers and studios but it's kind of a track-by-track thing and seeing what feels right at the time. Whatever the energy. Getting out of town and spending time with another engineer is great, but so is sticking around at home trying out every single possible synth I can find.

In your series with BeHere we heard Paul talking about his project to recreate the music of Pet Sounds. Do you feel projects away from Hiatus Kaiyote are important to keep the forward momentum with the band, and bring forward fresh ideas when reconvening as a group?

Paul: Definitely. It's really good to work on other music because just like playing your instrument, making other music through recording, producing, composing or being that session guy is always rewarding.

It's all practice. It helps to have new tools in your tool belt. At the moment me and Simon have been going down the modular synth worm-hole and Hiatus isn't going to put out a techno record but there are definitely textures in there that we like. We just have to figure out how to integrate it into what you do.

Catch Hiatus Kaiyote supported by Jordan Rakei at the Ritz in Manchester on Wednesday 27th April - tickets via the box below.

Here are the next 4 upcoming events At O2 Ritz, Manchester 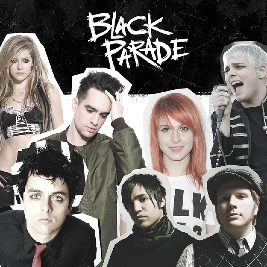 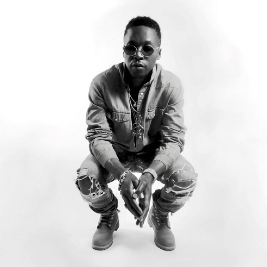 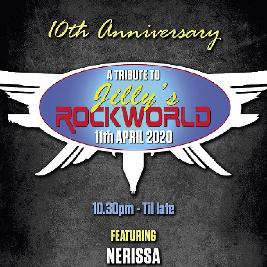 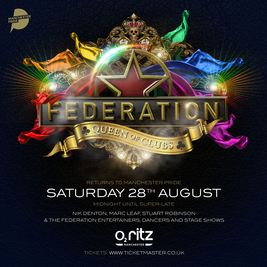 Federation the Queen of Clubs, first of her name, uniter of dance, jewel of the north and cream of ...