As the weekend draws closer, we selected 5 acts to catch at the hard rocking festival.

The main event in the calendar of rock and metal fans, Download Festival is a staple for lovers of all things heavy. Taking over Donington Park once again between Friday 8th and Sunday 10th June, it boasts what could potentially be it's biggest line up to date.

With headline slots from Ozzy Osbourne, Avenged Sevenfold and Guns N' Roses, the Download line up is an A-Z of the best rock and metal bands, all of which will come together in June for one almighty weekend mosh pit.

Being faced with 100s of the genre's most sought after artists can be a bit overwhelming, so we've picked out 5 of the best bands that we think should be on your itinerary.

York's very own post hardcore legends, Asking Alexandria have put aside their differences and are well and truly back, having released their fifth album at the end of 2017, and their first single featuring vocalist Danny Worsnop since his departure in 2015. With a slew of 5 star reviews, it seems they're on top form, and we can't wait to see new material live at Download.

Their influence can be heard far and wide, with even Post Malone covering them in his high school metalcore band (see the video above!)

The Michigan rockers have been making a serious impression since dropping their debut single 'Highway Tune' back in September 2017. The rip roaring track topped the Billboard US Mainstream Rock and Active Rock stations back in September 2017 for four weeks in a row and since then the band's profile has risen and risen.

They're probably sick of having this written about them, but it's unavoidable; Greta Van Fleet sound a lot like Led Zeppelin. This though is obviously not a bad thing, and second single Safari Song is Zeppelin-esuqe both in its title and sonics and makes for a rousing listen. With a Sunday afternoon slot on Download's second stage, this band are the perfect way to kick off the final day of hard rocking histrionics.

US punks Bad Religion headline Kerrang's Avalanche Stage on the Friday of Download. Having been in the business since 1980, a massive 38 years, we are guaranteed a faultless set, complete with racing guitars, soaring solos and the idiosyncratic 3 part vocal melodies that makes their sound so distinguishable.

Greg Graffin's relentless attack of 'the establishment' is so vital to their raucous sound, and even after nearly 40 years, that energy still carries them live.

An icon that has gone from metal god, to shuffling around in trackies, and back again, Ozzy has been a cult hero in two different capacities. After heading out on Black Sabbath's farewell tour last year, after claims life on the road is becoming too much, seeing Ozzy perform live is looking like a fairly rare prospect, all the more reason to watch him close the biggest festival of the genre, in a location that was once the site of Ozzy's very own festival, Ozzfest.

Could you really go to this year's Download and not witness Axl, Slash and co in all their glory? It's been a few years now since the L.A hair metal superstars reunited following roughly a 20 year period of line up changes and instability but this booking is a huge coup,  even for a festival that never fails to attract the biggest hell raisers rock has ever seen.

Former members Slash and McKagan both rejoined the band in 2016, thus embarking on the Not in This Lifetime... Tour, the fourth highest-grossing concert tour of all-time, earning over $480 million by December 2017. Their headline show at Donington Park is truly mouth watering prospect and a chance to see one of the most genuinely iconic rock and roll bands of all time doing exactly what they do best.

Here are the next 4 upcoming events At Donington Park, Derby 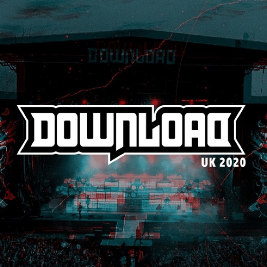 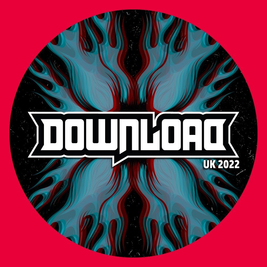