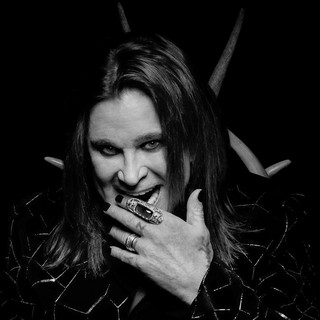 John Michael "Ozzy" Osbourne (born 3 December 1948) is an English singer-songwriter. Throughout an extraordinary career, which has so far spanned four decades, Osbourne has made major contributions to the worlds of music and popular culture. Osbourne rose to prominence as co-founder and lead singer for pioneering English heavy metal band Black Sabbath (1970-78, 1997 to 2006, 2011) he was, in effect, one of the chief architects of the genre, creating the powerful new sound and provocative performance style that would forever expand the definition of rock music.

As a result he is known as the "Godfather of Heavy Metal", and, because of some of his material, the "Prince of Darkness", and eventually achieved a multi-platinum solo career which revolutionized the heavy metal genre. In the early 2000s, his career as a celebrity hit a new zenith when he became a star in his own reality show, The Osbournes alongside wife/manager Sharon and two of their three children, Kelly and Jack. In August 2008, Osbourne stated in USA Today that he intends to retire from his music career after two more albums.

Ozzy Osbourne has been mentioned in our news coverage

Final headliner confirmed and tickets on sale for Download 2018

Here are the latest Ozzy Osbourne mixes uploaded to Soundcloud.

Do you promote/manage Ozzy Osbourne? Login to our free Promotion Centre to update these details.