» Events » Events by artist » Versus 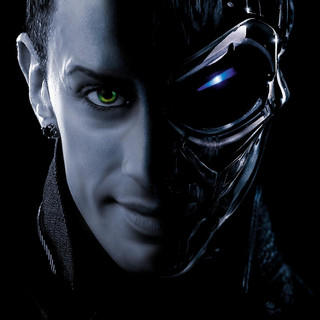 Versus tickets and 2022 tour dates

There are at least five bands called Versus:

1) New York City indie rock favorites Versus evolved from the remnants of Flower, a band led by singer/guitarist Richard Baluyut and singer/bassist Ian James (later to form French). In the final months of Flower's existence, the group was joined by vocalist/guitarist Fontaine Toups, who remained with Baluyut in the short-lived Saturnine before the duo formed Versus (borrowing the name from an LP by Mission of Burma) with Baluyut's brother, Ed. After playing their first shows with a line-up comprising three guitars and a drum machine, Ed Baluyut relocated to the Phillipines, and Toups switched over to bass; upon Ed's return, he assumed drumming duties, and Versus issued its 1992 debut single, "Insomnia." In 1993, the trio issued the stellar EP Let's Electrify!, a taut, melodic collection spotlighting their intricate, dissonant guitar work and odd harmonies. After signing to the Teenbeat label, Versus issued their 1994 full-length debut, The Stars Are Insane (originally titled Meat, Sports and Rock,

three subjects the band ardently supported, much to the dismay of the prevaling indie-scene mentality of the moment). A collection of singles, compilation tracks and demos titled Dead Leaves appeared in 1995, followed in early 1996 by the EP Deep Red. Another Baluyut brother, James, signed on for the 1996 LP Secret Swingers; the album was also Ed's last, with new drummer Patrick Ramos enlisting for 1998's Two Cents Plus Tax. The Afterglow EP followed on Merge Records a year later, and in mid-2000 Versus returned with the EP Shangri-La and the band's fifth studio effort Hurrah.

2) are a power metal band from Mexico, currently signed to Ear Blaster.

Versus has been mentioned in our news coverage

Below is a sample playlists for Versus taken from spotify.

Do you promote/manage Versus? Login to our free Promotion Centre to update these details.