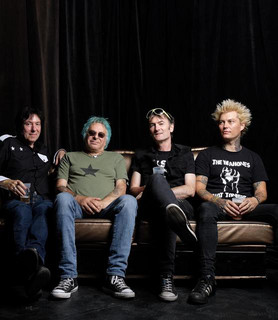 The Allendale Centre in Wimborne

The Salty Dog in Northwich

Formed in 1976, as the UK Subversives, in London, United Kingdom the original line up consisted of Harper, Nicky Garrett (guitar), Pete Davies (drums) and Paul Slack (bass), although the line-up of the band changed frequently. Their style combined the energy of punk and the rock and roll edge of the then thriving pub rock scene. Early success was found with singles such as "Warhead", "I Live in a Car", and "Tomorrow's Girls", with several of their songs managing to enter the United Kingdom's Top Forty. Their biggest selling album came with 1980's Crash Course.

UK Subs has been mentioned in our news coverage

AFoB a festival for grown ups.

Below is a sample playlists for UK Subs taken from spotify.

Do you promote/manage UK Subs? Login to our free Promotion Centre to update these details.