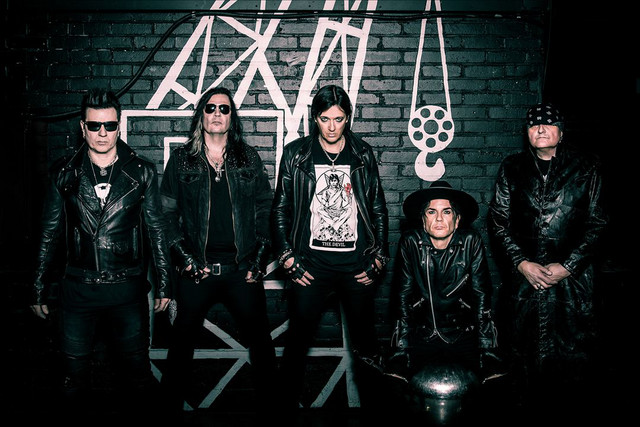 The 69 Eyes originate from Helsinki, Finland. They became a band in the early 1990's and are nowadays labelled as "gothic rock" though their early releases were more of a glam/hard rock style. 1989 - 1999 Formed by a group of friends in the bars of Helsinki, Finland in the summer of 1989, a nod to illustrate the band's tight-knit friendship is that the lineup has stayed the same since creation. The band originally played glam metal inspired music, different from their current gothic rock style.

The 69 Eyes has been mentioned in our news coverage

Below is a sample playlists for The 69 Eyes taken from spotify.

Do you promote/manage The 69 Eyes? Login to our free Promotion Centre to update these details.