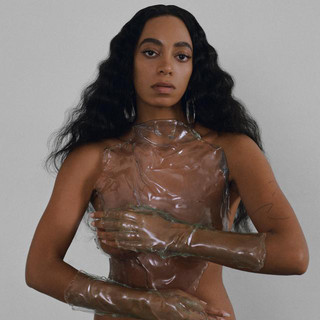 (1) Solange Piaget Knowles (born June 24, 1986), who performs under the mononym Solange, is an American recording artist, songwriter, actress, model and dancer. She is the younger sister of R&B singer and actress Beyoncé Knowles and was born and raised in Houston, Texas. Showing an interest in music recording at an early age, she eventually broke into the music scene at 16. She has released two studios albums: Solo Star in 2003 and Sol-Angel and the Hadley St. Dreams in 2008. Aside from recording, Knowles has ventured into film, modeling, and entrepreneurship. She co-launched the junior apparel collection DerÃ©on, a sister line to House of DerÃ©on that was established by her mother and sister. Knowles has been compared to her sister by the media, but she dismisses the notion, saying they are artistically different. Knowles contributed songs for Destiny's Child, Kelly Rowland, Michelle Williams, Trin-i-tee 5:7, and sister Beyoncé, including "Get Me Bodied," "Upgrade U," and "We Break the Dawn." (2) A one time dance project from Martin Scully and Martin Stone. They released one single in 1999 on 12" called Messages on the Global Cuts label. The single features a remix by Tiesto and Ferry Corsten under their collaborative moniker Gouryella, amongst others. In 2011 'Messages' has been reissued on High Contrast Nu Breed. Re-release contains remixes from Paul van Dyk, Binary Finary among others. (3) Solange Cristina Couto Maria was born in Mogi GuaÃ§u, SÃ£o Paulo, Brazil. She was a contestant on the fourth season of Big Brother Brasil, reminded for singing a cover from Michael Jackson's 'We Are The Word', titled 'Iarnuou'. Later on, she recorded several songs (as 24 Horas, The Book Is On The Table, Chega Pra CÃ¡, Pura TentaÃ§Ã£o, Sol Cida (featuring Big Brother Brasil 4 winner Cida) and Vem que jÃ¡ Ã©) as she tried to become a singer in Brazil. User-contributed text is available under the Creative Commons By-SA License and may also be available under the GNU FDL.

Solange has been mentioned in our news coverage

Below is a sample playlists for Solange taken from spotify. 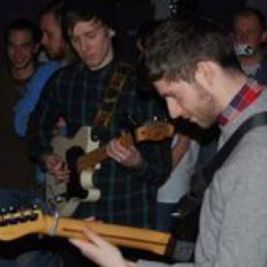 Do you promote/manage Solange? Login to our free Promotion Centre to update these details.