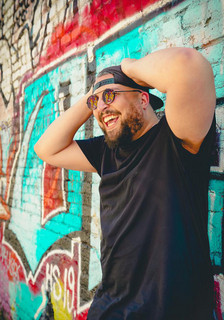 DJ duo. Creators of the #GASminimix.

Shapes are a DJ & production duo hailing from the UK. Their unique DJ sets are played live across 4 decks, and unlike most DJ duos who will simply mix â€˜back-to-backâ€™, Craig and Liam work together to constantly be on the decks simultaneously. Their fast paced mixing, exclusive edits and track selection creates an unbelievable energy in any venue, large or small.

It all started back in February 2016 when the boys launched the first of their extremely popular monthly video minimixes called the #GASMinimix, with each video doing big numbers online in terms of views, listens and reactions. Now just over a year later, Shapes have become a big name in bass music thanks to their hugely sought after bootlegs of 'KMT', â€˜Gammy Elbowâ€™, 'No Problemâ€™, their official remix of TCâ€™s drum and bass anthem â€˜Tap Hoâ€™ and their official single release 'Pogo Stick' featuring Milli Major which climbed all the way up to number 21 in the UK Dance Charts and was supported heavily by Mistajam on BBC Radio 1 and BBC Radio 1Xtra as his â€˜Jam Hotâ€™ record.

2017 has been a big year for Shapes, playing prime slots on big stages at some of the UK and Europeâ€™s biggest festivals including Boardmasters, Sundown, Nass, Southbeats, Snowboxx & Secret Garden Party, as well as headlining shows in venues around the country gaining a massive reaction from promoters, ravers and critics alike.

With a recent 20 minute mix aired live on Radio 1 during the peak Saturday night programme with MistaJam (subsequently called the â€œheftiest guest mix weâ€™ve ever hadâ€ by the man himself), and remixes, an EP and a 2nd single all still to be released, 2018 is set to be the year of Shapes.

Shapes has been mentioned in our news coverage

Here are the latest Shapes mixes uploaded to Soundcloud.

Do you promote/manage Shapes? Login to our free Promotion Centre to update these details.