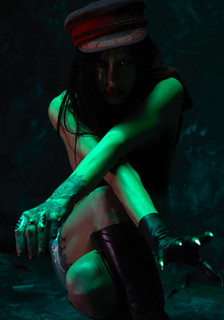 Representing the Midlands UK, Northampton based Ramsey has been making an impact.

Musician, producer, DJ, promoter, and DNB enthusiast alike, owner of Mass Attack Promotions and one third of the trio - 64BIT, Ramsey is quickly becoming a name within the D&B community as well as having the sponsorship and support from the popular British streetwear brand King Apparel.

A high energy DJ, playing at all of the major local night clubs (alongside well known promotional brands and artists alike), holding multiple residencies, DJing at huge events, promoting his own shows and playing internationally. Ramsey has had a lot of time to develop his sound.

When not performing, he spends his time in the studio creating his own music. For him, it’s all about mood playing those tracks that creates an atmosphere the vital elements needed

to get you moving.

Ramsey has been mentioned in our news coverage

Below is a sample playlists for Ramsey taken from spotify.