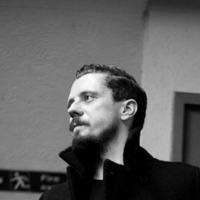 Krysko, over the last 19 years, has held some of the most respected and revered residencies within the UK; The Redlight at the original Sankeys Soap, and now The Warehouse Project, where he is the original and longest standing resident.

To truly establish yourself as a respected resident you need to build deep knowledge of these 3 elements; the music you play, the pioneers of this music and the people who you play to week-in, week-out. Krysko really has developed himself in this mould and delivers exactly what any respected DJ should.

Through his career to date Krysko has played the world's most respected nights and festivals throughout the UK, from Sub Club, Fabric, We Love... Space Ibiza, Back to Basics, The Arches, Ministry of Sound, Electric Chair to twice closing the Radio 1 stage at Glastonbury, Parklife, Bestival, Sonar - Barcelona, Secret Solstice - Iceland, Global Gathering, Beatherder, Electric Elephant - Croatia to name but a few… and with regular international dates around Europe and the US including New York, Chicago and Minneapolis.

Having shared the stage with a plethora of dance music’s most influential individuals including Derrick Carter, Andrew Weatherall, Mike Banks, Theo Parrish, François Kevorkian, Moodymann, Frankie Knuckles, and Chic’s Nile Rodgers. These aren't a random selection, just a small selection of people he has performed alongside and of whom he cites these as his musical heroes. This being a testament to his achievements and respect he has gained through his career.

The youngest ever person to play two Live Radio 1 Essential Mixes from 2000 – 2010, and most recently his third in 2013 for the Essential Mix 20th Anniversary where he played back-to-back with Derrick L. Carter.

Currently holding a monthly show on KMAH Radio, which is continually the most listened to show. Owner of I Walked By Night record label, which has released music by Tristan Grace (Devon Analogue), The Burrell Connection and Neville Watson. A small back catalogue of released records, including with Paul Woolford on Chicago’s Peaches label.

Krysko has been mentioned in our news coverage

Here are the latest Krysko mixes uploaded to Soundcloud.

Do you promote/manage Krysko? Login to our free Promotion Centre to update these details.