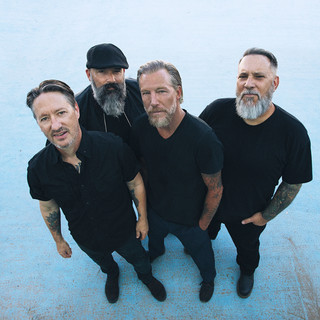 Face to Face is a punk rock band from California. Formed in 1991, the group was initially signed by Dr. Strange Records, later moving to Fat Wreck Chords. Their first big hit "Disconnected" was played by KROQ and appeared in the movies Tank Girl and National Lampoon's Senior Class Trip. Their song "Devil You Know (God is a Man)" appeared in an episode of Buffy the Vampire Slayer (Season 1) and on the accompanying series soundtrack album.The group recently reformed after disbanding in 2004. During the break various members collaborated on projects such as Viva Death, The Legion Of Doom and Trever Keith's solo record.

Face To Face has been mentioned in our news coverage

Why speed dating is so successful?

Below is a sample playlists for Face To Face taken from spotify.

Do you promote/manage Face To Face? Login to our free Promotion Centre to update these details.