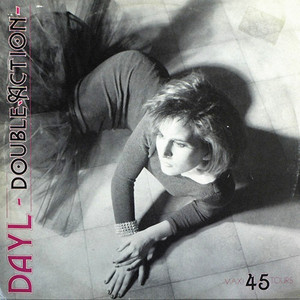 A career in music is more a journey than a destination, but DAYL’s limitless potential is starting to manifest.

One of the most exciting production talents to emerge from south west Ireland in the past decade, DAYL is fast-becoming one of the region’s most notable international exports. On home soil, he has graced festival stages from Electric Picnic to Life Festival, rubbing shoulders with electronic music royalty and supporting many industry leaders such as Alan Fitzpatrick, Matador, Darius Syrossian, Riva Starr, Bontan, Dusky and much more.

On the production front, his 2018 collab with Damon Hess Retrovision set underground dancefloors alight. Already a part of their alumni, DAYL returned to Italy’s mighty Flashmob Records this January with a collab with Andrew Azara which gained support from some of the industry’s biggest names such as Eats Everything, Dennis Ferrer , Jamie Jones and Richy Ahmed to name a few.

Having held residencies at some of Ibiza’s favorite hotspots including Sankey’s and Eden, DAYL has sights set on returning to the white isle in 2019. Earlier this year, he was named as one of Ibiza Club News’ “biggest up & comers”. With a list of accolades includes appearances for Do Not Sleep, Unusual Suspects and Tropical Wonderland, DAYL heads into his fourth season on the island with serious momentum behind him.

Melt away those Ibiza Blues by tuning into his new OuterBody show on Data Transmission Radio - beginning December 2018. Further satisfy those Balearic cravings, by catching DAYL play for Eden during their winter tour.

DAYL hasn't been mentioned in our news coverage

Here are the latest DAYL mixes uploaded to Soundcloud.

Do you promote/manage DAYL? Login to our free Promotion Centre to update these details.